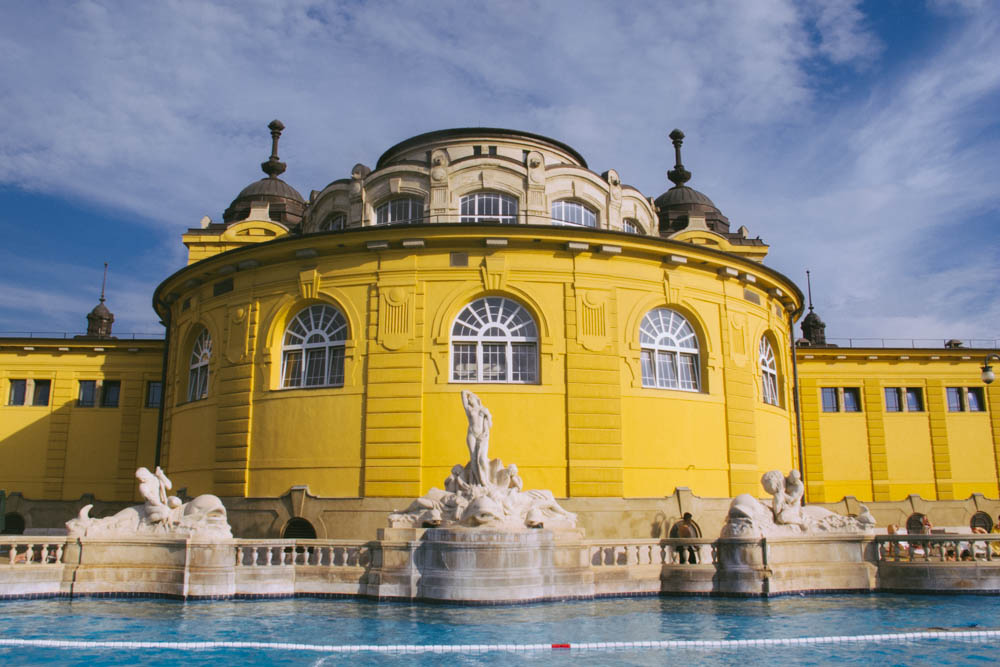 “I am going to visit Gellért baths this afternoon” , I casually offered Sergey towards the tail end of our stay in Budapest. I fully expected Sergey to stay behind. 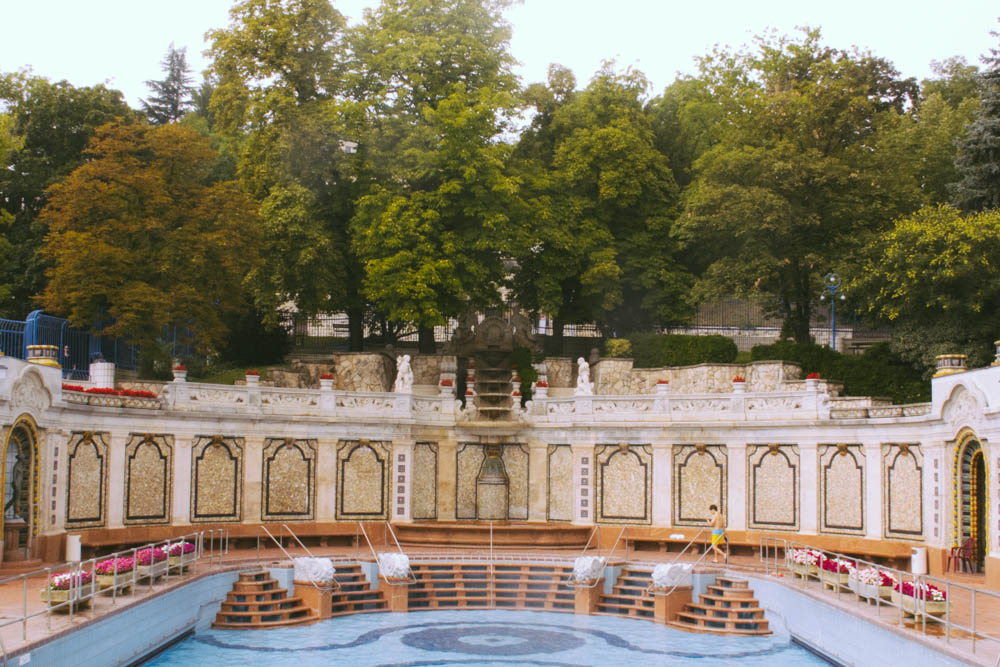 Typically, I think that there’s two kinds of people – those who like getting wet, and those who don’t. I fall squarely in the first category – I love all sorts of baths, swimming, water-related activities. I can spend hours swimming. I will swim in ponds and oceans and pools. Basically, I’ll take what I can get. Sergey on the other hand, is about as much over in the second category as he can be. He is happy as a clam sitting on the beach, not even dipping a toe in the water. He regularly justifies why he doesn’t need to take a shower. And a pool? Forget it – he won’t even go near the building.

I almost fell out of my chair. Of the 9 years that we’ve spent together I have never heard Sergey volunteer to participate in a water related activity (except for deep water diving – but that’s different with wet suits, technology, and skills that Sergey likes to use). Typically I plead, nag, and promise rewards and favors in exchange for going to the beach.

So what happened? Széchenyi Thermal Baths, which we visited a few days prior – and yes, I had to drag him for that first visit.

That is all to say that if you love water-related activities, you will looooveeee Budapest’s thermal bath houses. But even if you don’t, you should seriously consider going, because it’s that good. Even Sergey says so!

There’s dozens of bath houses all across Budapest – we visited two – the Széchenyi Thermal Baths and the Gellért Thermal Baths – these are the most popular ones due to their central location, size, beauty, and history.

Tucked inside a park off Heroes’ square over on the Pest side, Széchenyi is the largest medicinal bath complex in Europe. Plans for the spa were laid in 1880s, and the building finally opened in 1913. The iconic yellow buildings of Széchenyi were constructed in neo-Baroque style as much of the rest of Budapest. 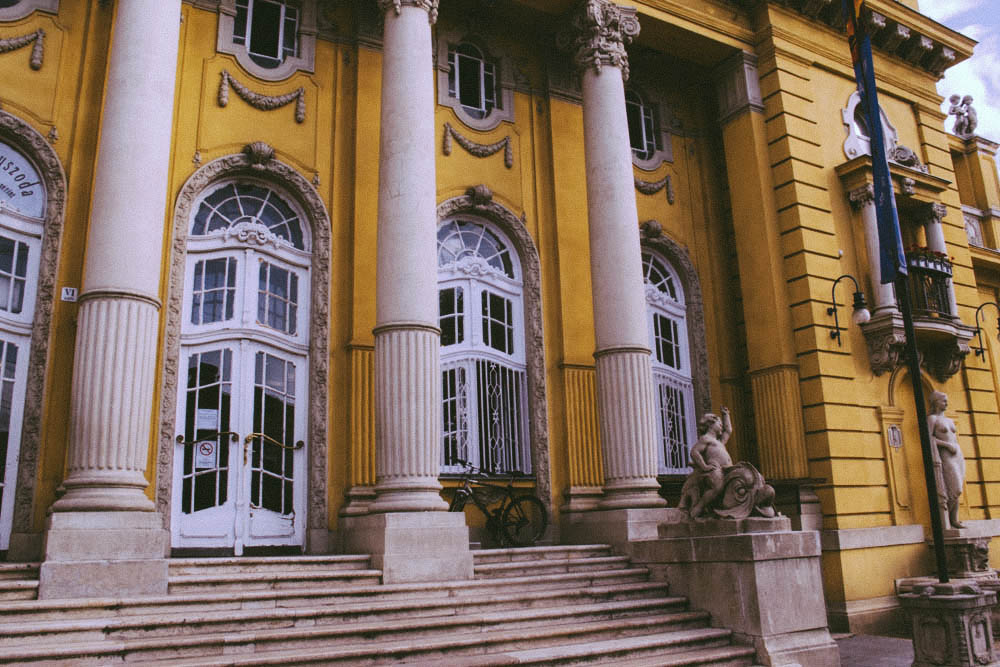 While the buildings are certainly beautiful, it’s the pools where Széchenyi really shines. There are three outdoor pools, 15 (!) indoor pools and 10 sauna/steam rooms – all set at various temperatures for maximum health effects. The thermal pools at Szechenyi are fed by two underground hot springs, which are famous for their healing powers thanks to their rich mineral content —fluoride, calcium, magnesium, bicarbonate, sodium, sulphate and many more mix to create therapeutic effects for all sorts of ailments from joint inflammations to gastrointestinal illnesses. 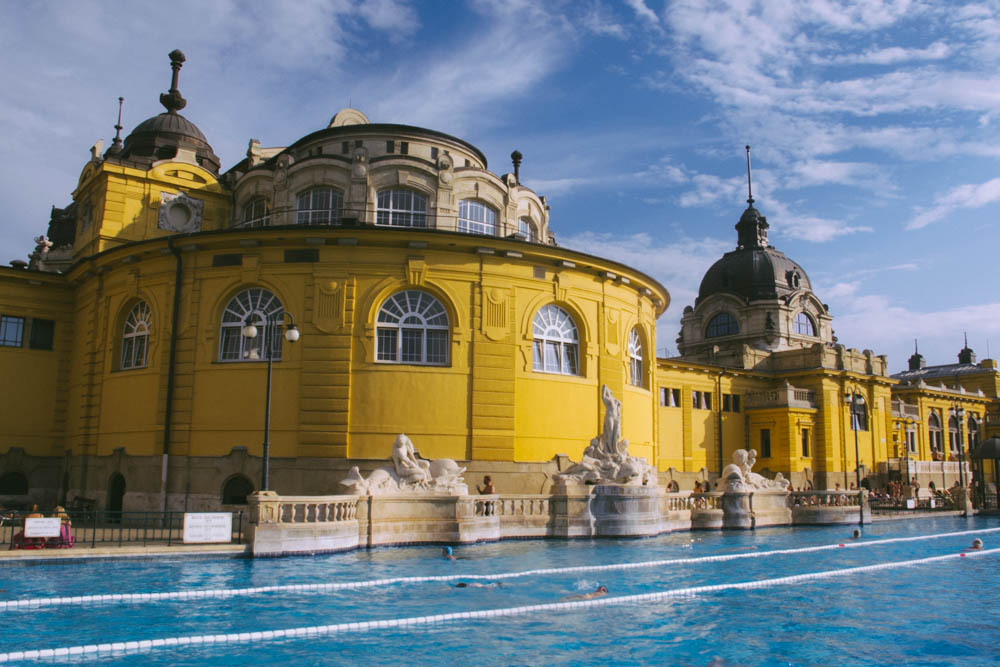 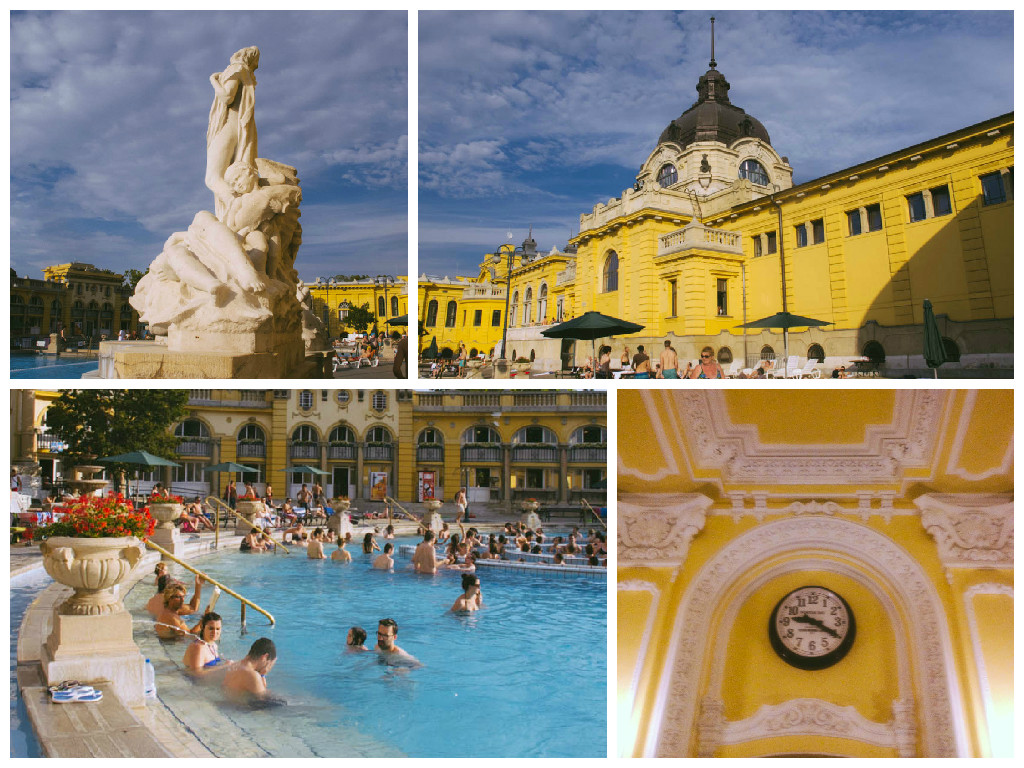 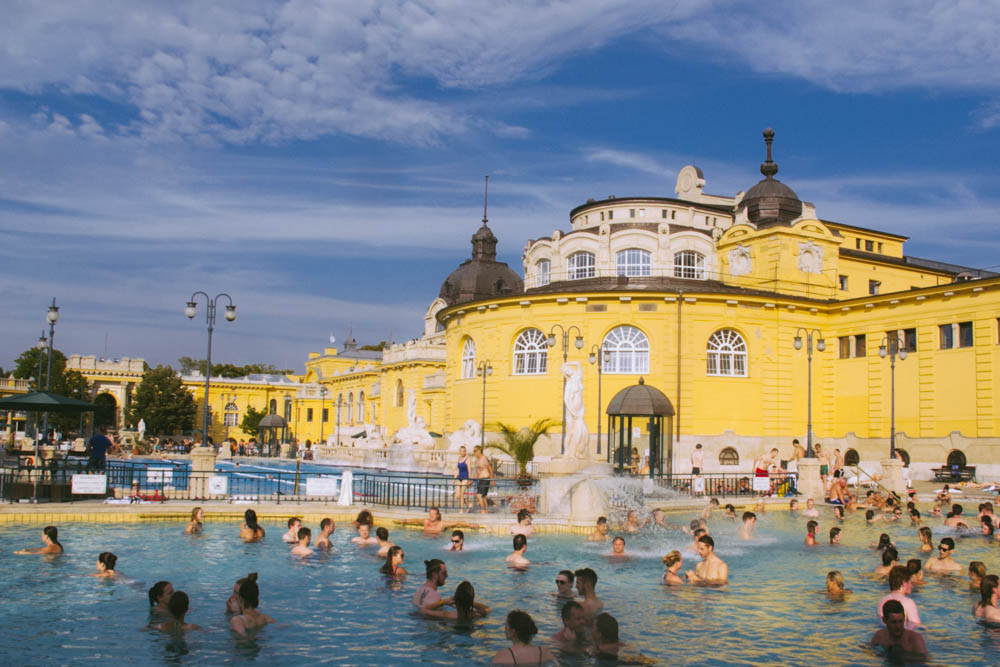 Over on the Buda side of the city, just across the bridge over the Danube, the majestic Gellért Baths are renowned for their sumptuous interiors.  Housed inside the opulent Hotel Gellért, the baths were built between 1912 and 1918, and expanded twice in 1927 and 1934. The complex was constructed in the Art Nouveau style, with a mix of Ottoman and Roman influences thrown in for good measure. The complex features stunning mosaic floors and tiled walls from Hungary’s famous Zsolnay factory. Plaster and marble columns, stained glass windows, and intricately carved woodwork abounds. It feels fancy – though everyone is welcome, and the guests come in droves. 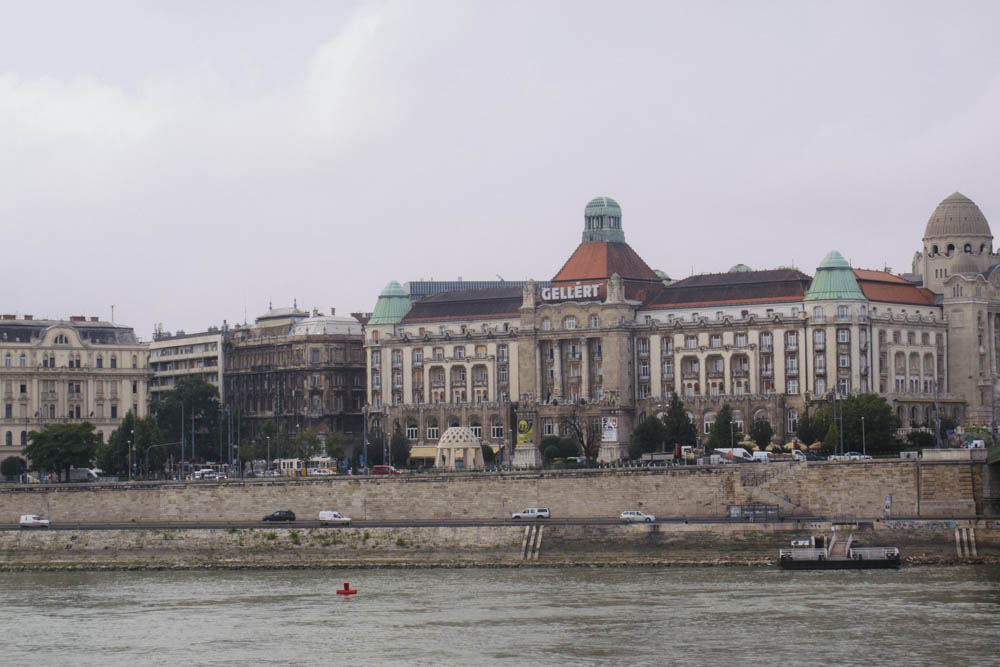 View of Hotel Gellért from Buda side of Budapest, Hungary.

Closed only once – due to the burst pipe emergency – the baths have operated continuously through the collapse of Austro Hungarian empire, World War II, the Cold War, and obviously today. 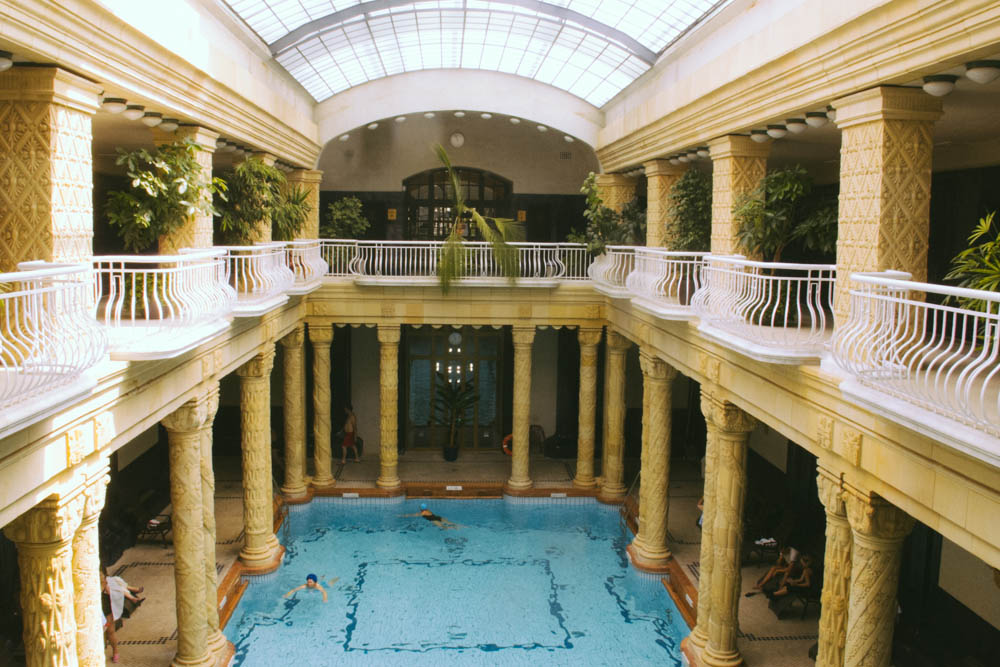 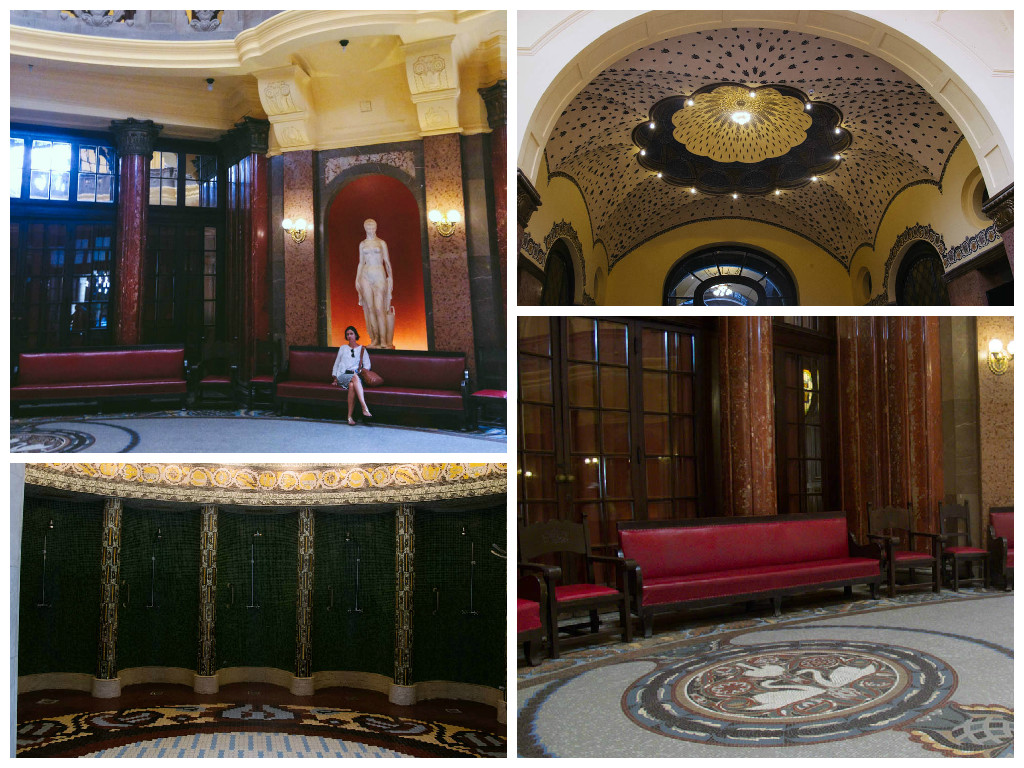 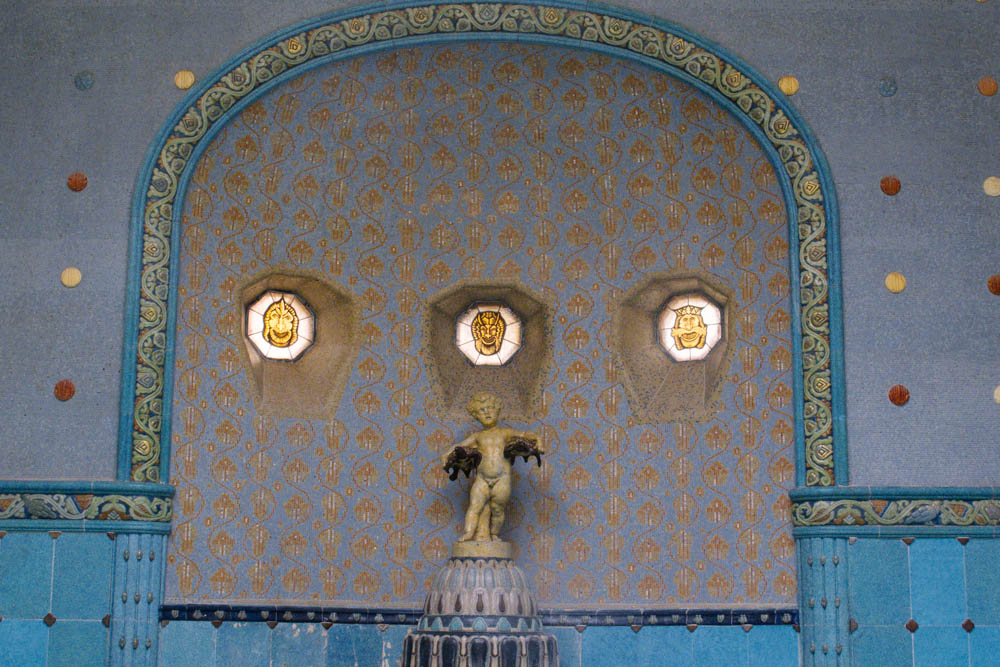 When it comes to the healing waters – it’s the same deal as with Széchenyi, plenty of therapeutic powers come from the underground pools that feed the indoor and outdoor pools. There is a large outdoor pool, a couple of indoor swimming pools, hot soaking pools, steam rooms, plunge pools, and massage areas. Plenty of deckchairs allow for all day relaxation. It is smaller, however, than Széchenyi –with much less variety of pools and steam rooms. For that reason, we both preferred Széchenyi. I did really liked how Gellért was nestled in the residential neighborhood, with elegant apartment buildings rising over the baths, allowing me to fantasize from my deckchair about living in this city one day. 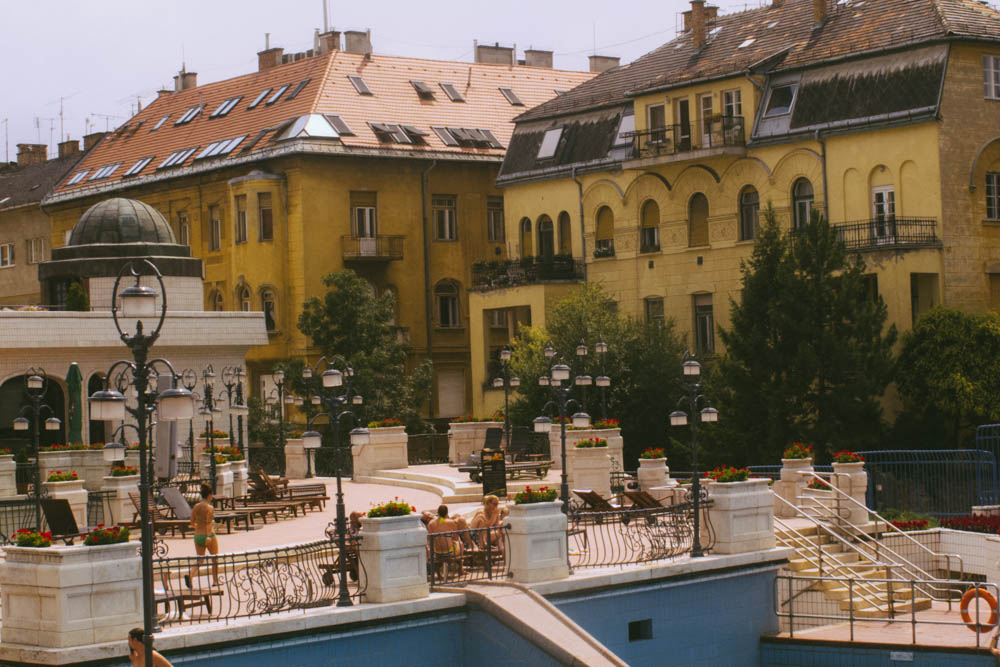 Bring your own toiletries, towels, swimsuits, swimming cap and flip flops. You will want to take a nice shower when you are done – toiletries will be helpful. Flip flops and swimsuits are a must (obviously).

It’s possible to rent towels and buy the swimming cap, but it’s a pain with lines and obviously the extra expense. Technically you can’t swim in the lap pools without a swimming cap. It’s up to the lifeguards though.

Consider packing an extra plastic bag to store your wet suit and towels after you are done at the Baths. 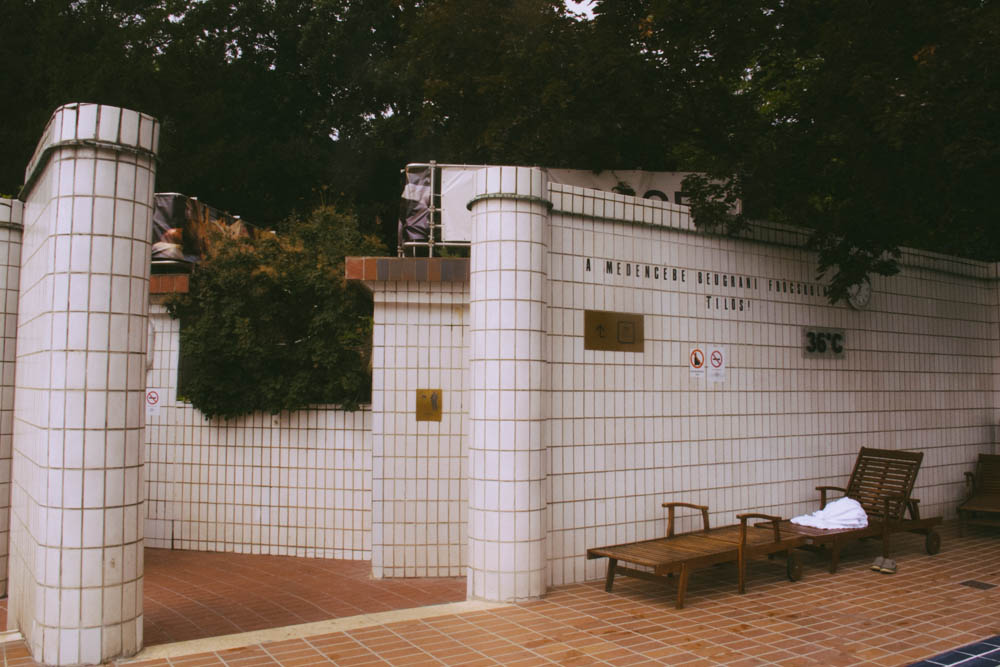 In the high tourist season – i.e. summer, it’s best to purchase admission for either bath house from any of the tourist centers around town. Then you won’t have to stand in line, and those can get rather long.

If you have Budapest city card with discount / free museum admission, you would also get a 10% discount for tickets to Széchenyi and Gellért. 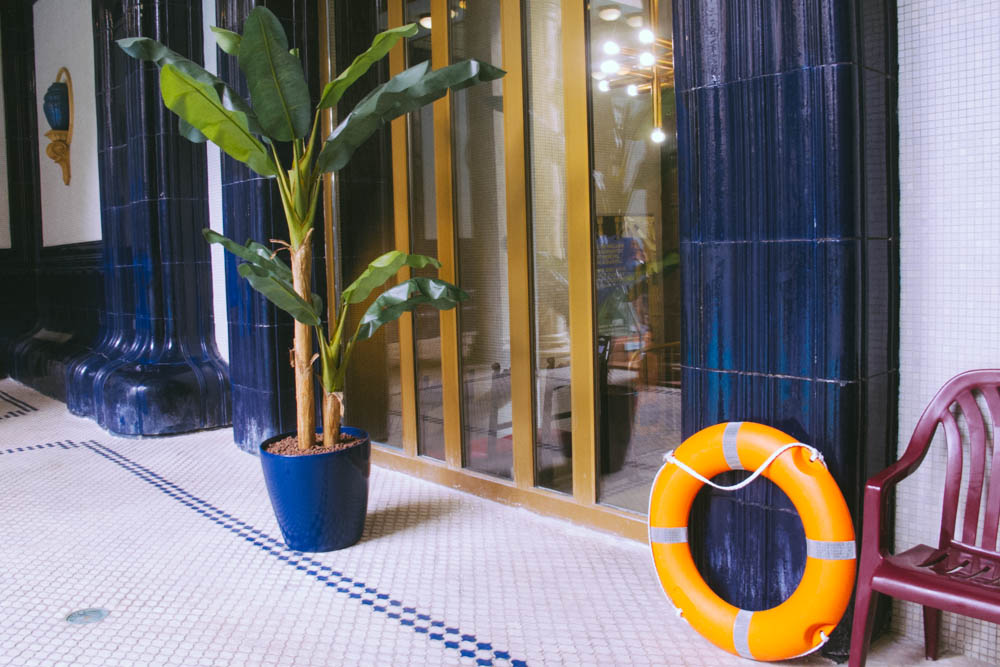 Once you are in, you will get a plastic admission bracelet, color coded for men’s and women’s side of the baths. You will need to scan the bracelet at the turnicate, which will give you the number of your locker or cabin. Either way, the lockers and cabins come with combination locks so you will be able to store your things safely.

Changing rooms are separated by gender. Basic admission price gets you a locker with a lock. This means public changing rooms with no privacy. It’s ok, this is Europe and no one cares about your nude body.

You can, however, pay a bit extra for a cabin, which will have privacy curtains.

If you go to the massage, you will be naked. 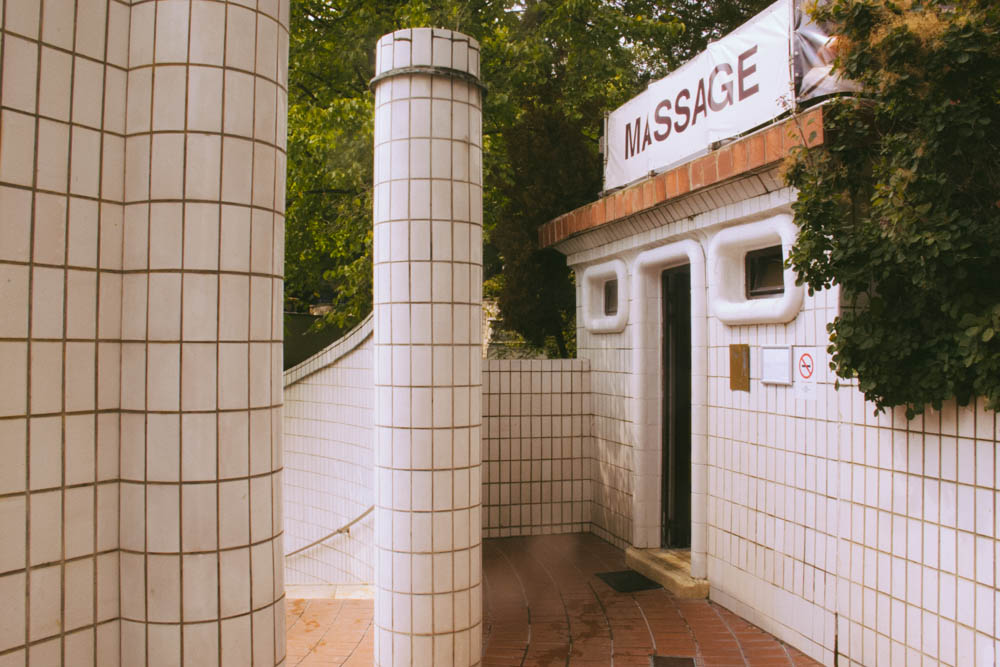 When to go and for how long:

Best to go on a weekday, when the baths are less crowded. Bonus you will be able to witness adorable pensioners playing chess in the water. We visited Széchenyi in the afternoon, and Gellért in the morning and found no difference in the number of people. Both baths were full of visitors, but not unbearably so. In fact, it was rather fun to people watch. 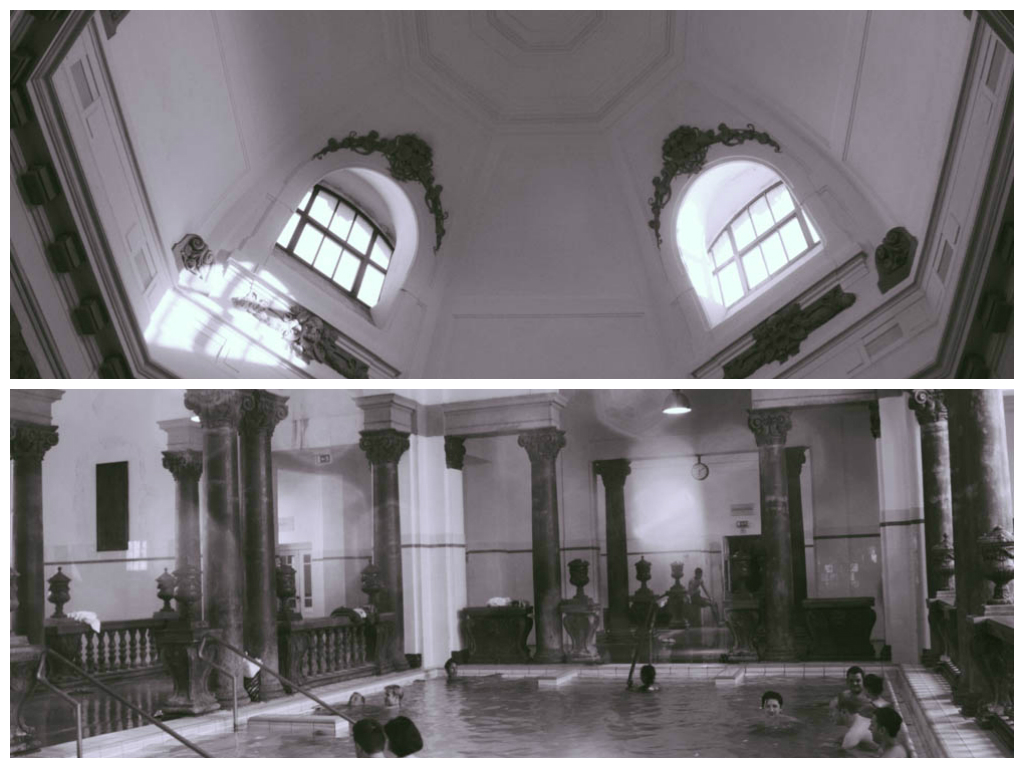 Plan on spending a full afternoon or morning at the baths – two hours is minimum, but really three to four hours, or even longer, is much more realistic. Each of the baths had multiple pools, indoors and out, hot and cold, as well as steam rooms. It’s super fun to hop between all of those options and to explore. Plus you will want to take in the gorgeous buildings. In the summer time, with sun bathing as an option, you can really spend all day.

Unfortunately the plastic keys DO NOT allow you to pay for any items you might want to purchase or rent in the baths – there are cafes in both baths, and you may want to treat yourself to a nice cocktail. You WILL need cash or card for that. 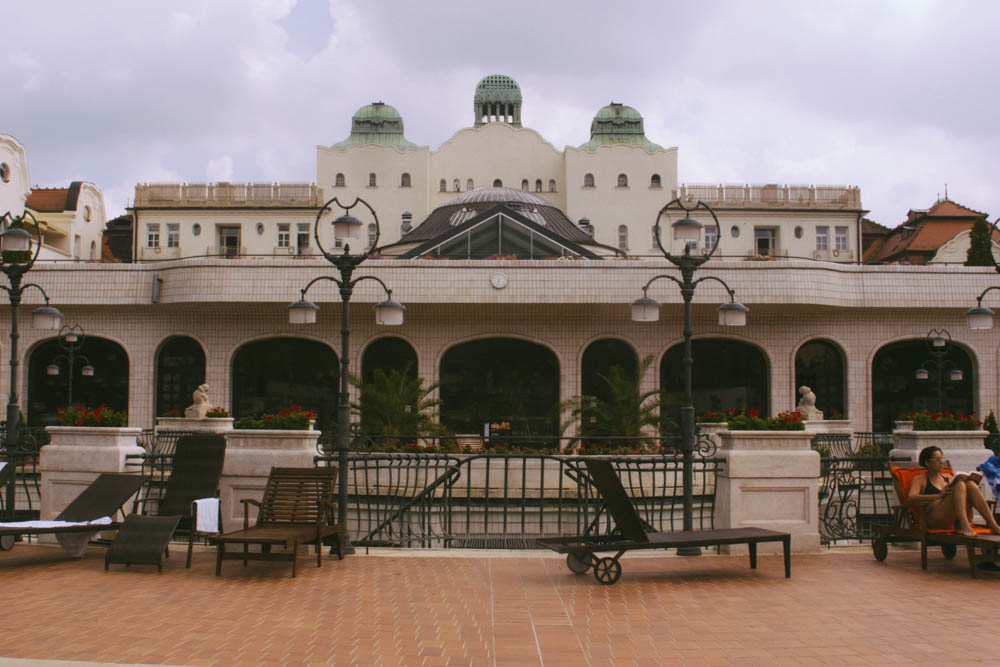 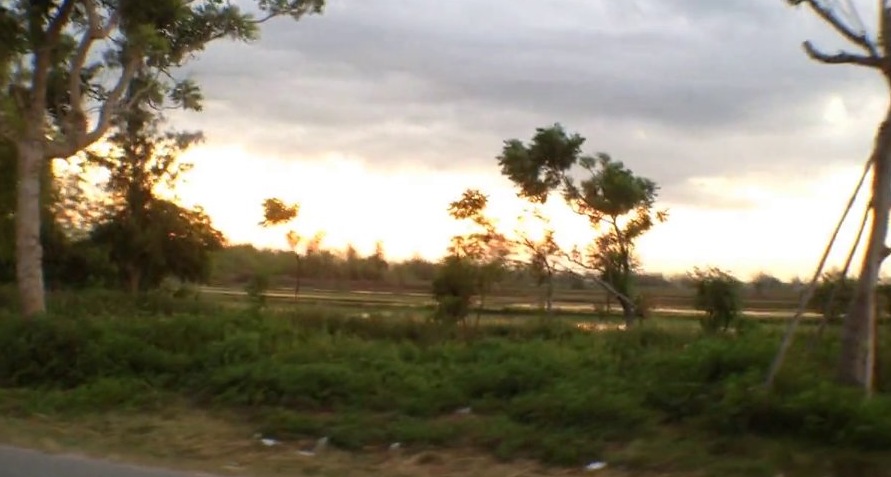 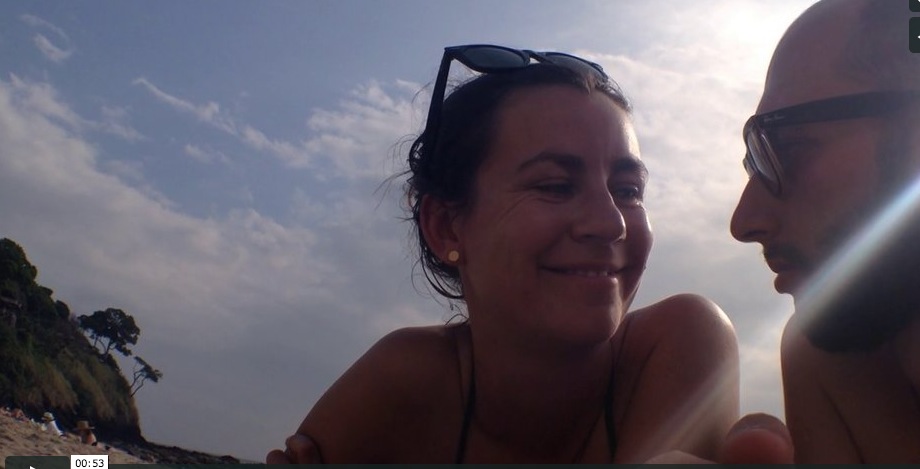 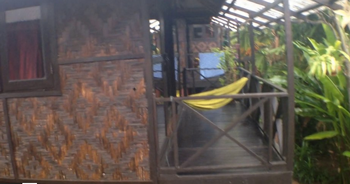