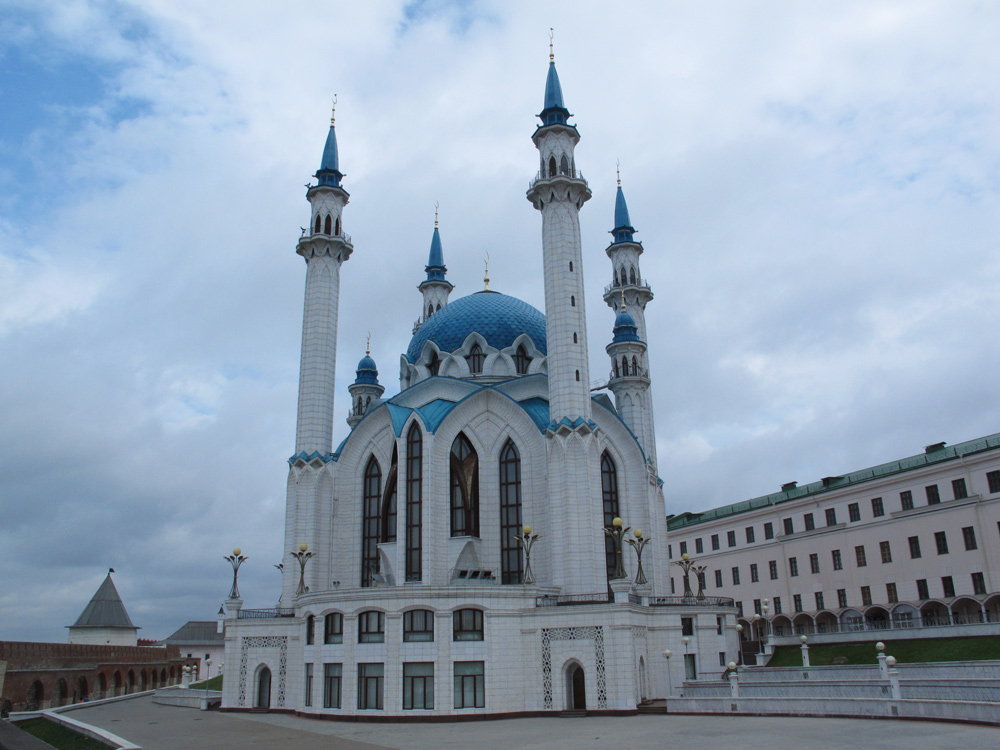 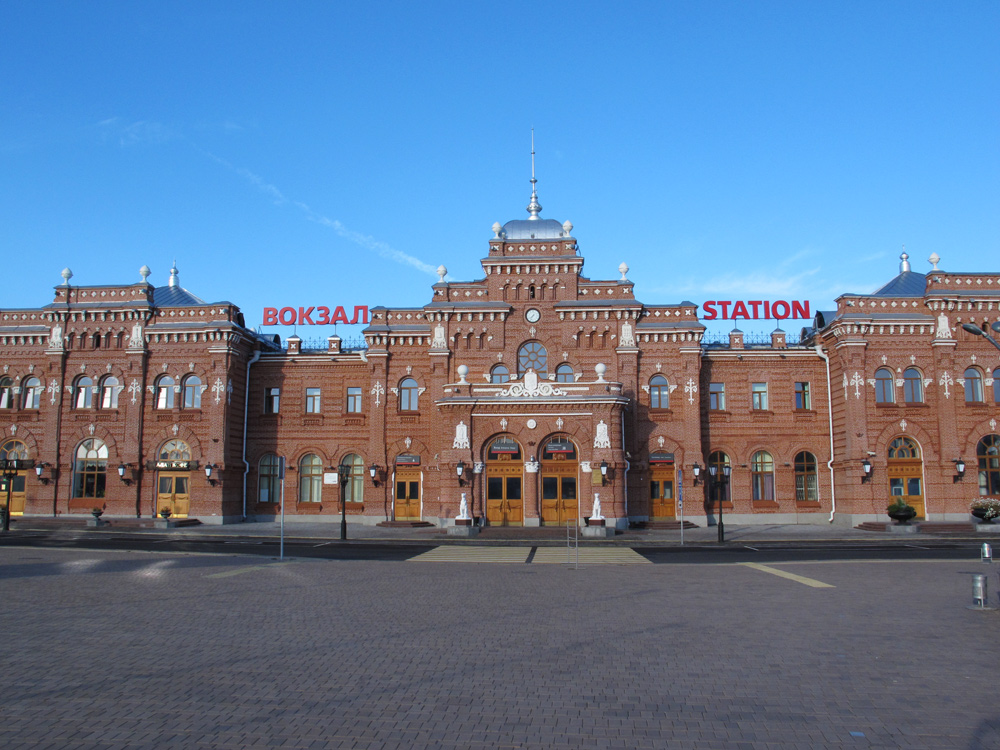 We were most impressed with Kazan from the moment the train pulled into the station. Clean, modern, even slick. Beautiful city, colorful, interesting people (and many of them). Budget friendly too – we paid only 100 rubles for bag storage at the train station, whereas in Nizhniy the cost was 400 rubles, and in Ekaterinburg 450 rubles!

We had a wonderful time in Kazan – the city is beautiful and well maintained, although it does not take advantage of its location on the Volga river like Nizhniy does – no real embankment to speak of. But! Many fountains and boulevards. 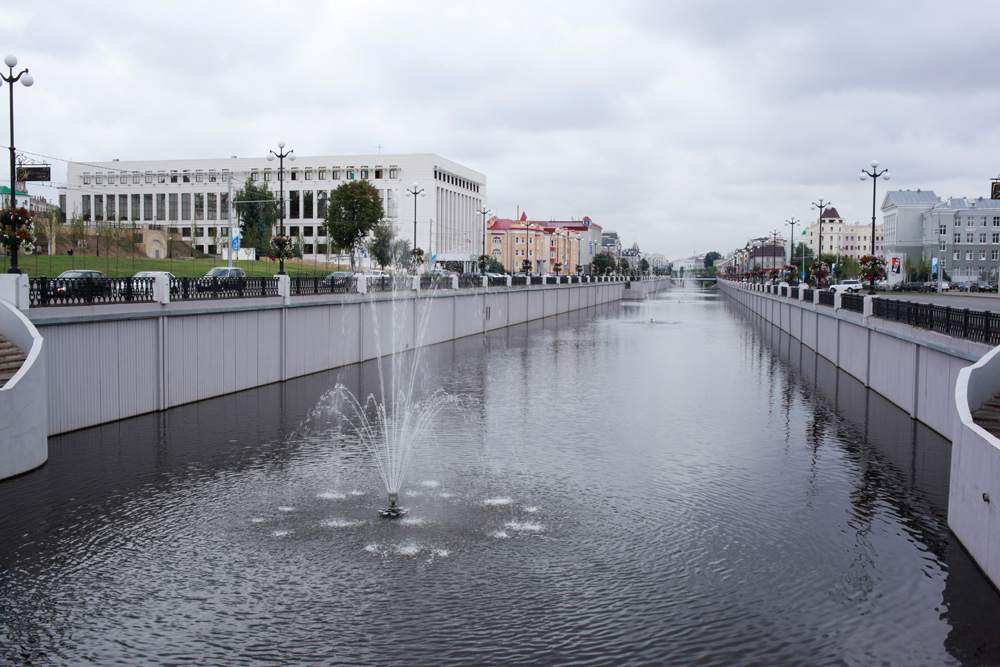 One of many beautiful fountains in the city center. Kazan, Russia.

Kazan was originally a town in the Tatar Khanate, until Ivan the Terrible conquered it in 1551-2. Kazan is now the capital of Autonomous TatarstanRepublic within the Russian Federation. In the 1990s, as the Soviet Union fell apart and a civil war (session struggle) raged between Moscow and Chechnya there was talk of possible session of Tatarstan as well. All that has subsided now, but the Tatar people still retain their own identity and language. All of the street signs and public announcements are made in three languages – Russian, Tatar, and English. 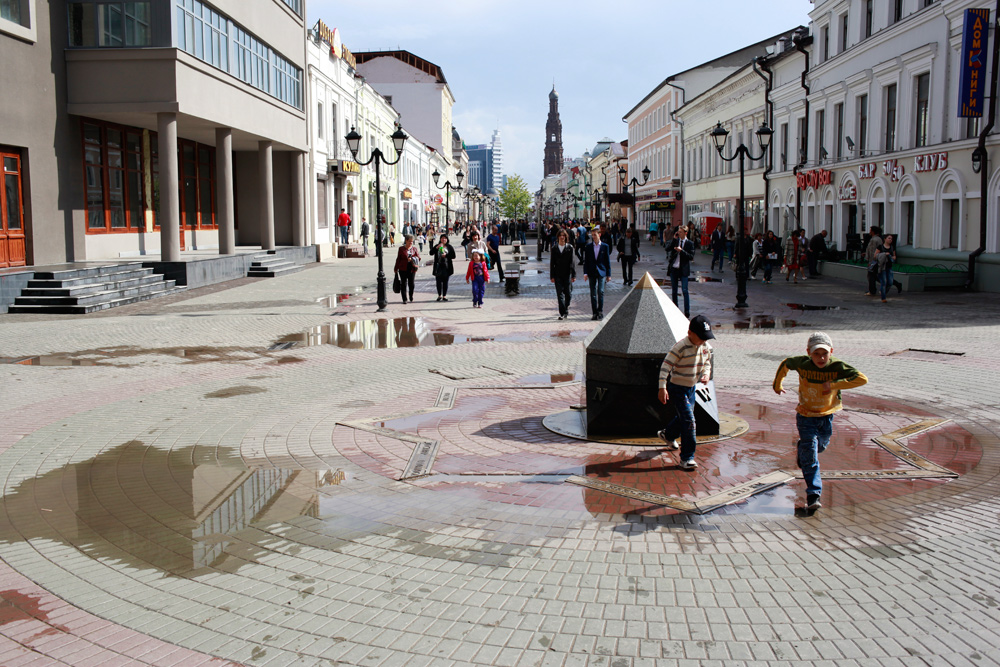 Pedestrian only Bauman St in the city center. The stone marker points in the direction of various destinations — 3,902 kilometers to Mecca. 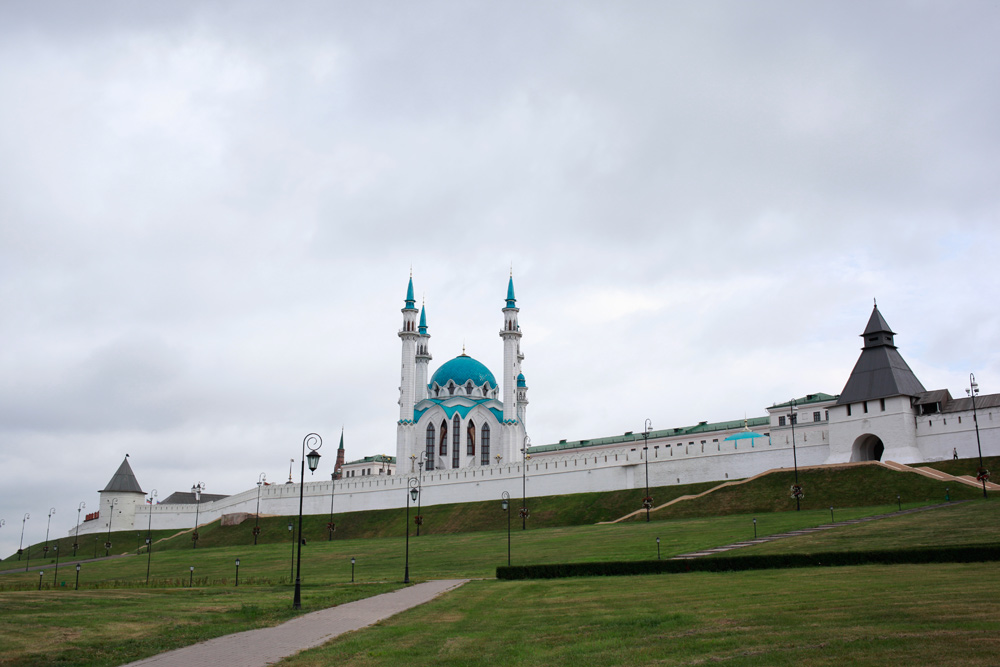 Kazan’s Kremlin is white-walled and well preserved. We didn’t get a chance to climb anything, but we did visit the Kul Sharif mosque that was built inside the Kremlin walls in 2005 – in a nod to Tatar people who are mostly Muslim. The mosque is free to visit – with a symbolic 3 ruble ( 10 cents) fee for plastic booties to preserve the floors and keep them clean. The museum downstairs, however, is 100 rubles and not worth it. It is possible to visit other mosques in the city as well. 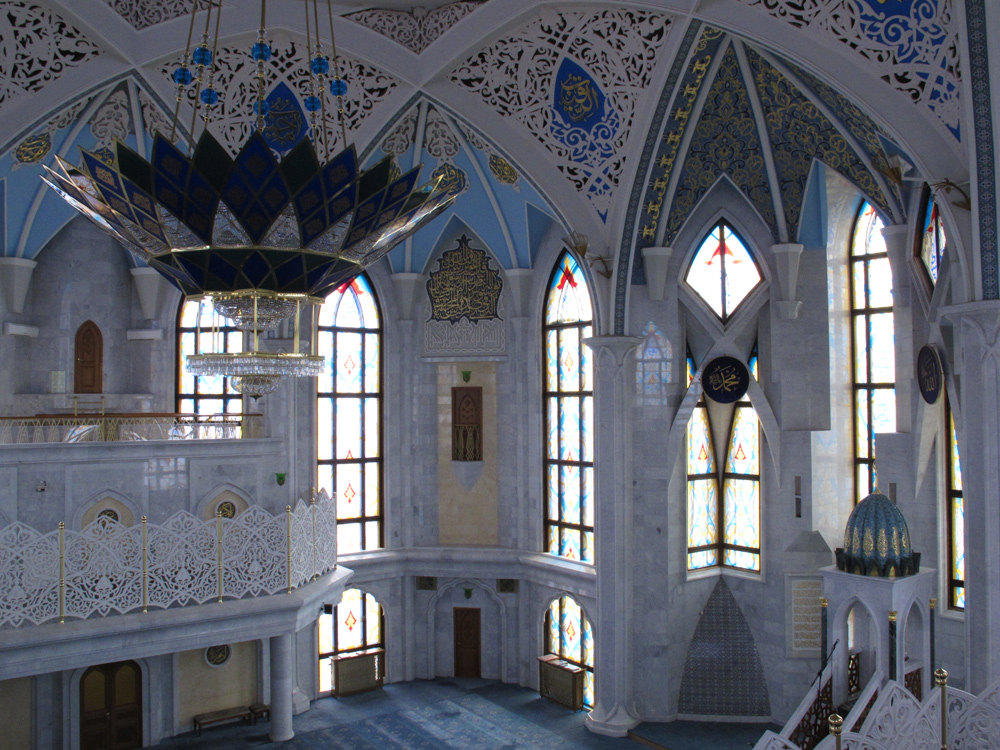 Kul Sharif Mosque – beautiful on the inside and outside. Kazan, Russia.

We also checked out the museum of Soviet Lifestyle, which had just opened an exhibition about Soviet schools  – to coincide with beginning of the school year — 1 September (actually 2 September since the first was on a Sunday). I found my first school book (I think everyone had the same one), and incidentally also had a picture of myself on my phone from when I entered first grade. Many pictures of me now-and-then followed, and I was even interviewed by a local TV station for a news segment about the museum and schools, unfortunately, it did not appear in the original segment, but you can view entire thing below and read the article here: 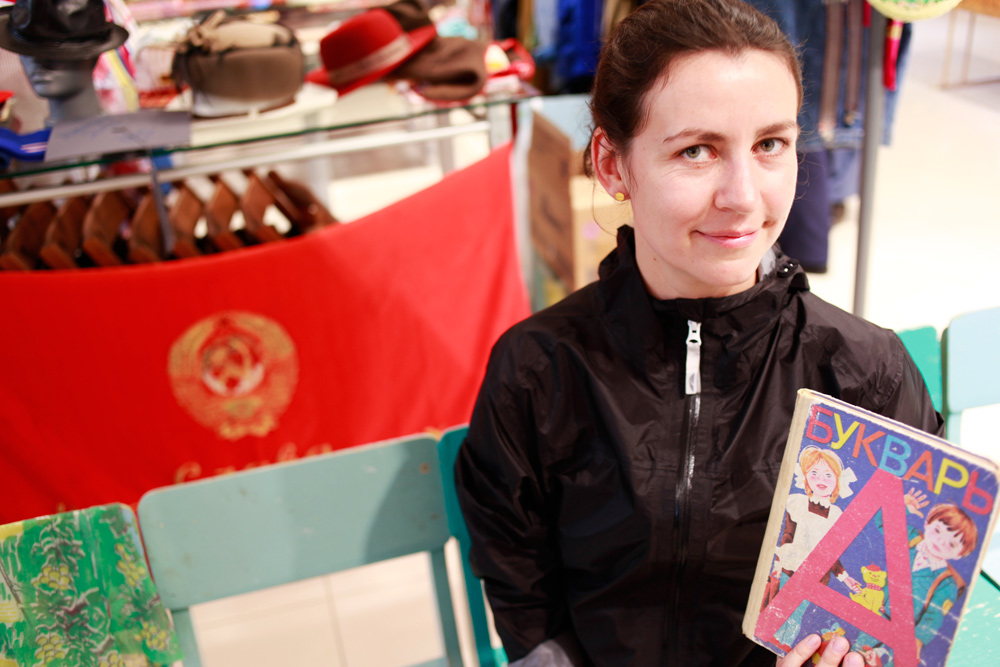 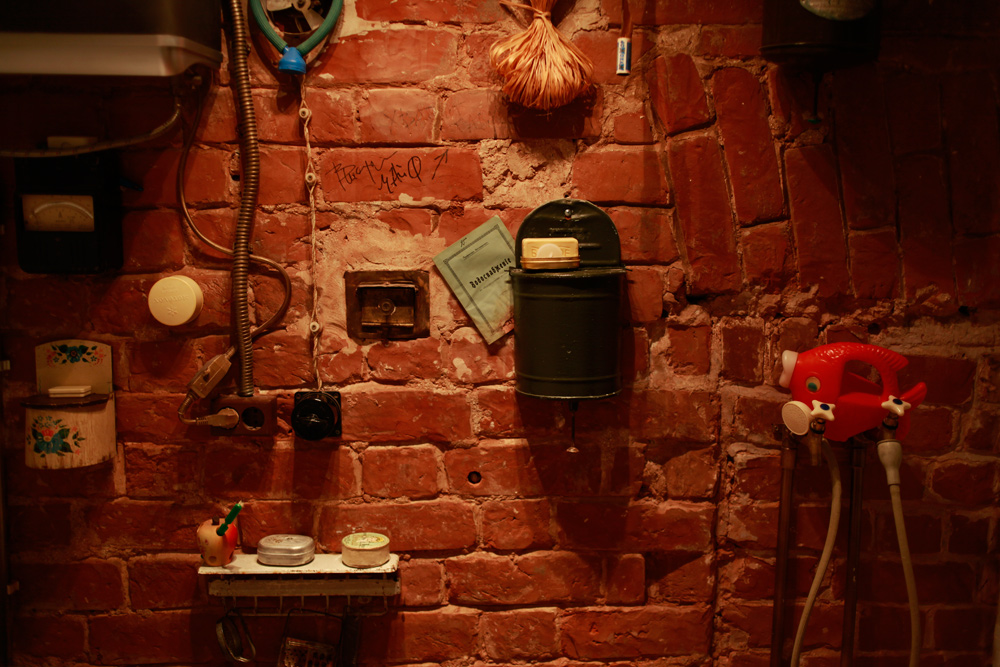 Jenia posing with artifacts from childhood at the Museum of Soviet Lifestyle. Kazan, Russia.

All in all we thought Kazan was pretty amazing.

Transport Links: There is a metro but we didn’t check it out – apparently its rather slow, but stations themselves are supposed to be pretty ornate.

Do: Museum of Tatar history – right across from the main entrance to the Kremlin was pretty good, with explanations in English as well as Russian and Tatar.

Museum of Soviet Lifestyle – an entrepreneurial museum that houses many interesting (and familiar if you grew up at any time of Soviet Union) relics – a little steep at 160 rubles, but worth it if you like unusual things or have any interest in USSR. 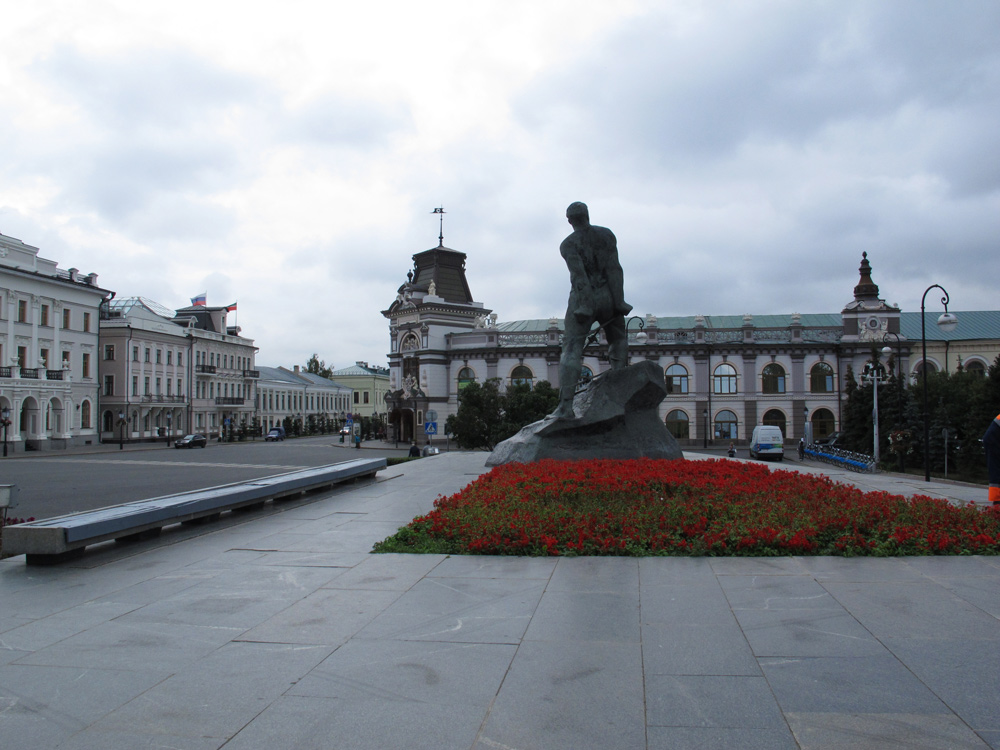 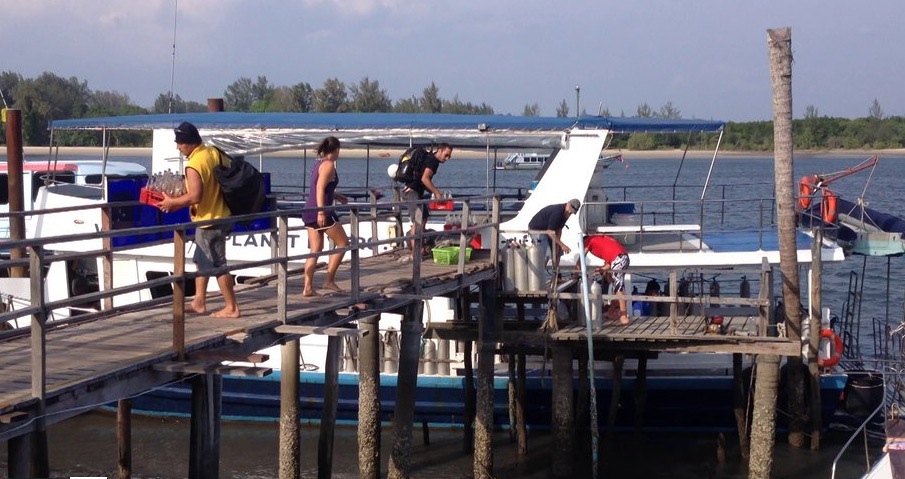 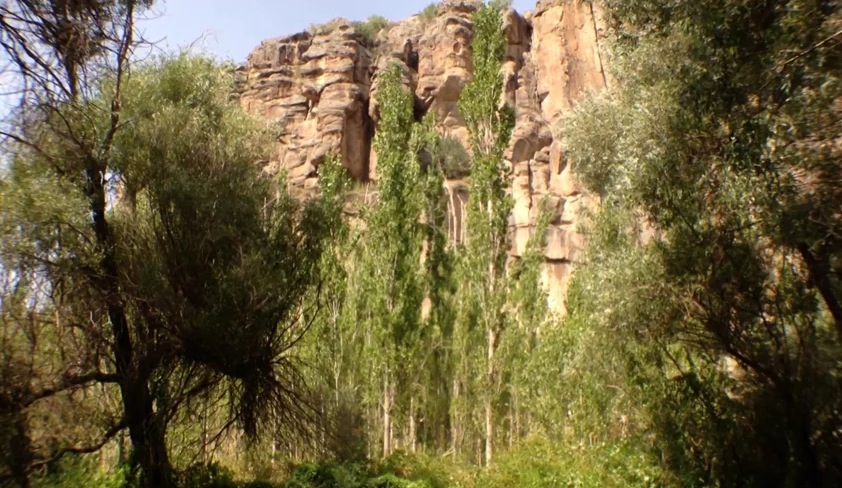 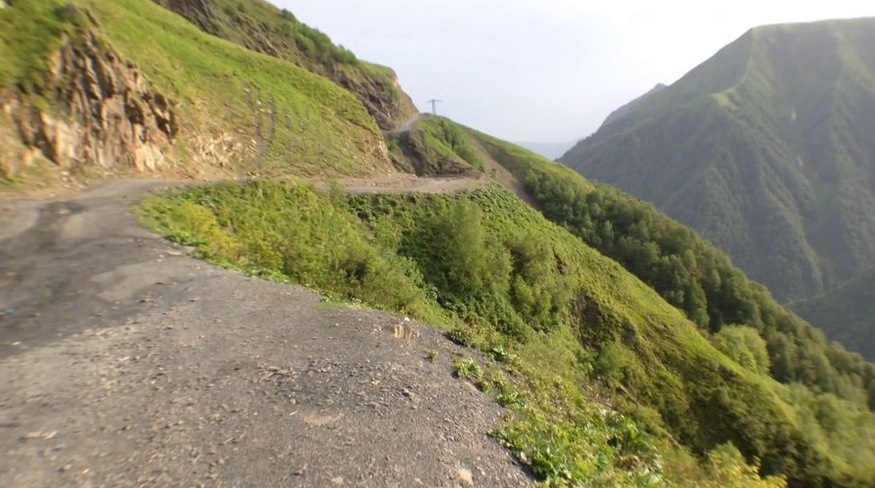