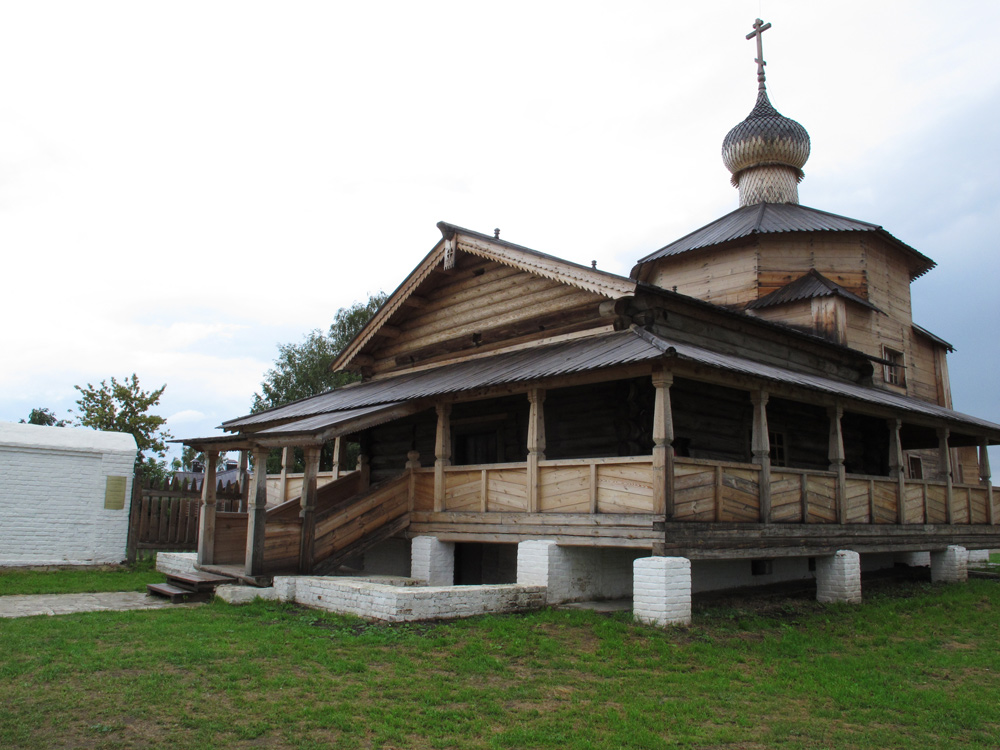 Founded: 1550 by Ivan the terrible, as a military fortress-town on an island to conquer Kazan’.
Pop: 250

With two days allocated for Kazan exploration, we spent first exploring city portion of Kazan. On the second, we decided to venture into countryside. The idea evolved from our desire to take Volga river cruise, which was not available due to the lack of demand. Our next best option for river voyage was a trip to the island-fortress Sviyazhsk, a military fortress, founded by Ivan the Terrible in 1550 to stage a siege of Tatar populated Kazan and expand Russian kingdom. Tickets were 200 rubles ($6.28) for the round trip and took only 2 hours and 15 minutes (each way) on a boat. 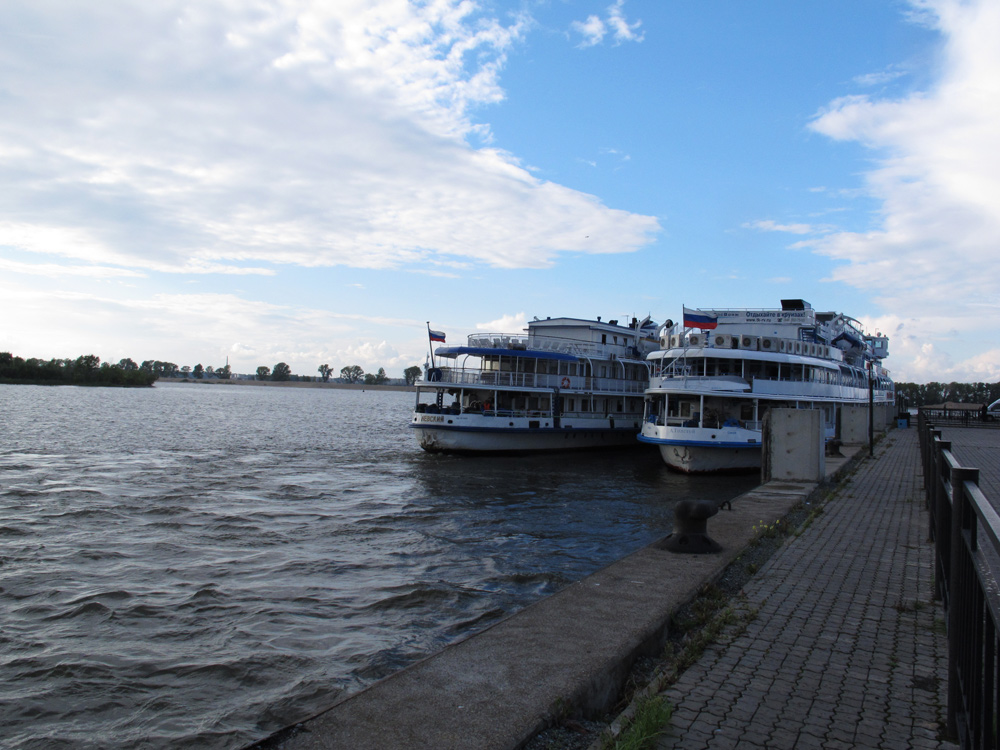 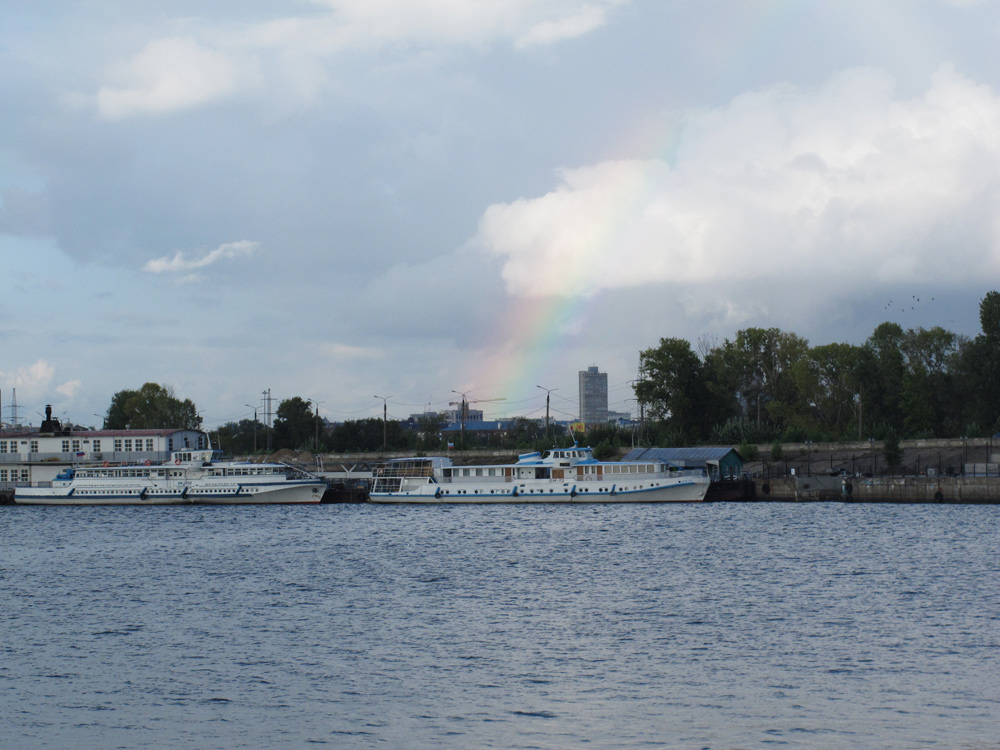 On a pleasant, sunny and slightly windy morning, we embarked on our river journey.  The ferry, as it turns out, does not go to the island directly, but stops at several villages on the way, which gave us a chance to get a sneak peak into lives of every-day people. 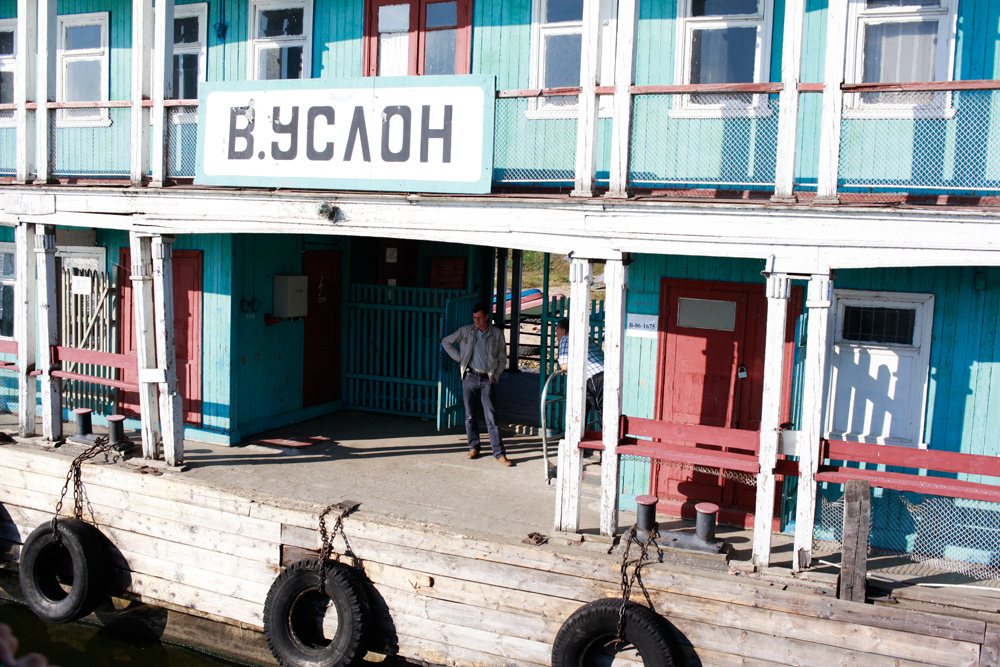 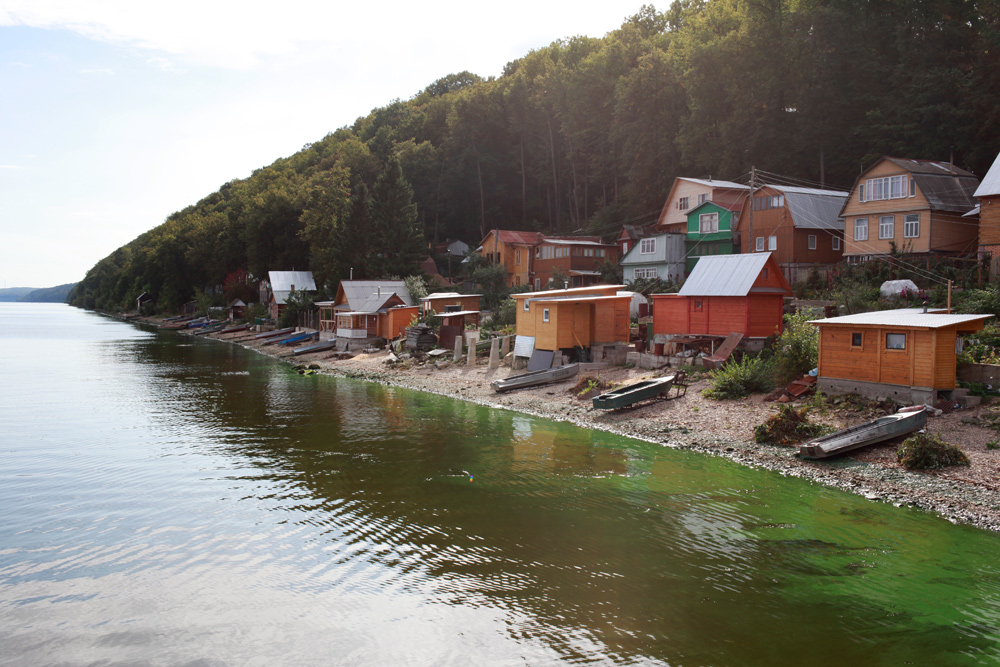 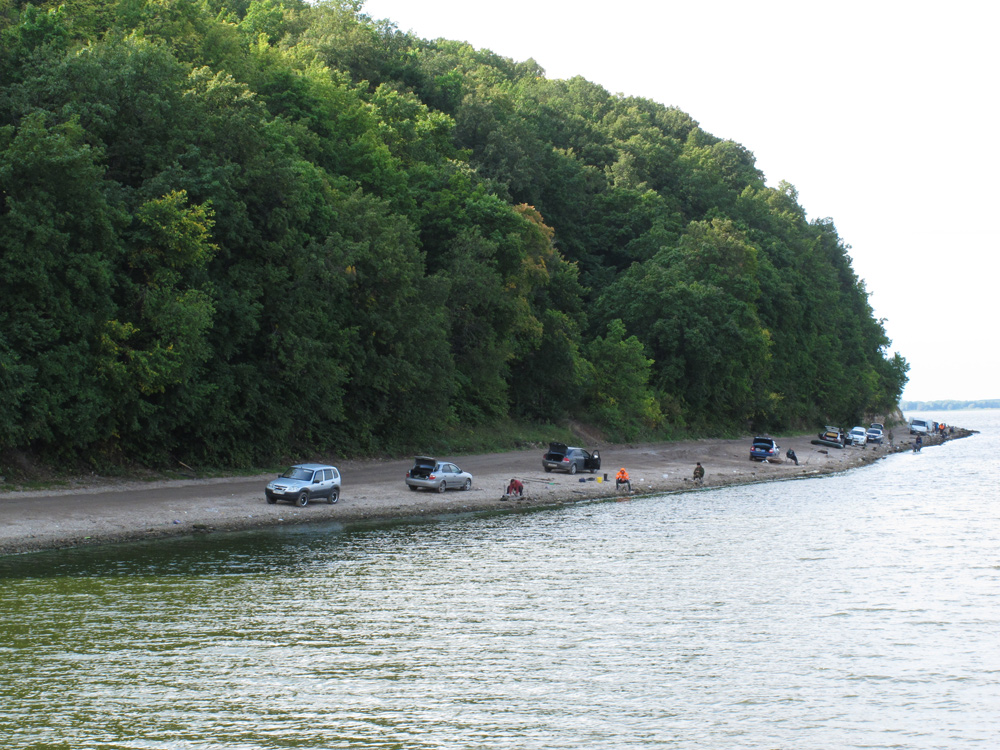 Sviyazhsk appeared on horizon in the center of the river horizon. A well known Russian cartoon based on Pushkin’s, a Tale Of Tsar Saltan, has a scene that is taken entirely of this first view – round church towers glittering in the sun, imperial era school and greenery, what a sight. Before the Revolution, there were a lot more churches on the horizon. 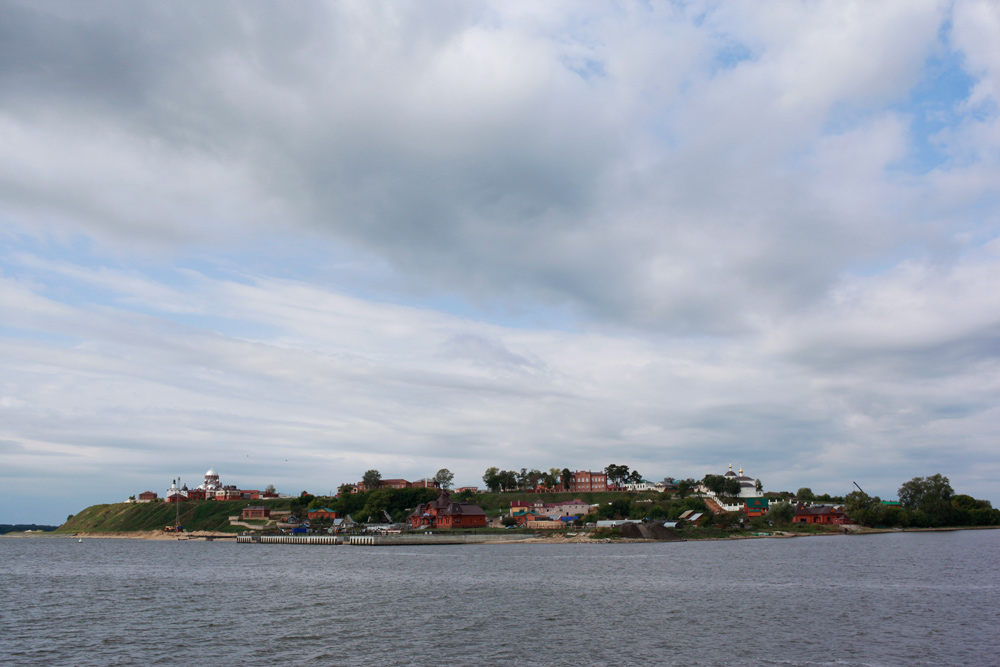 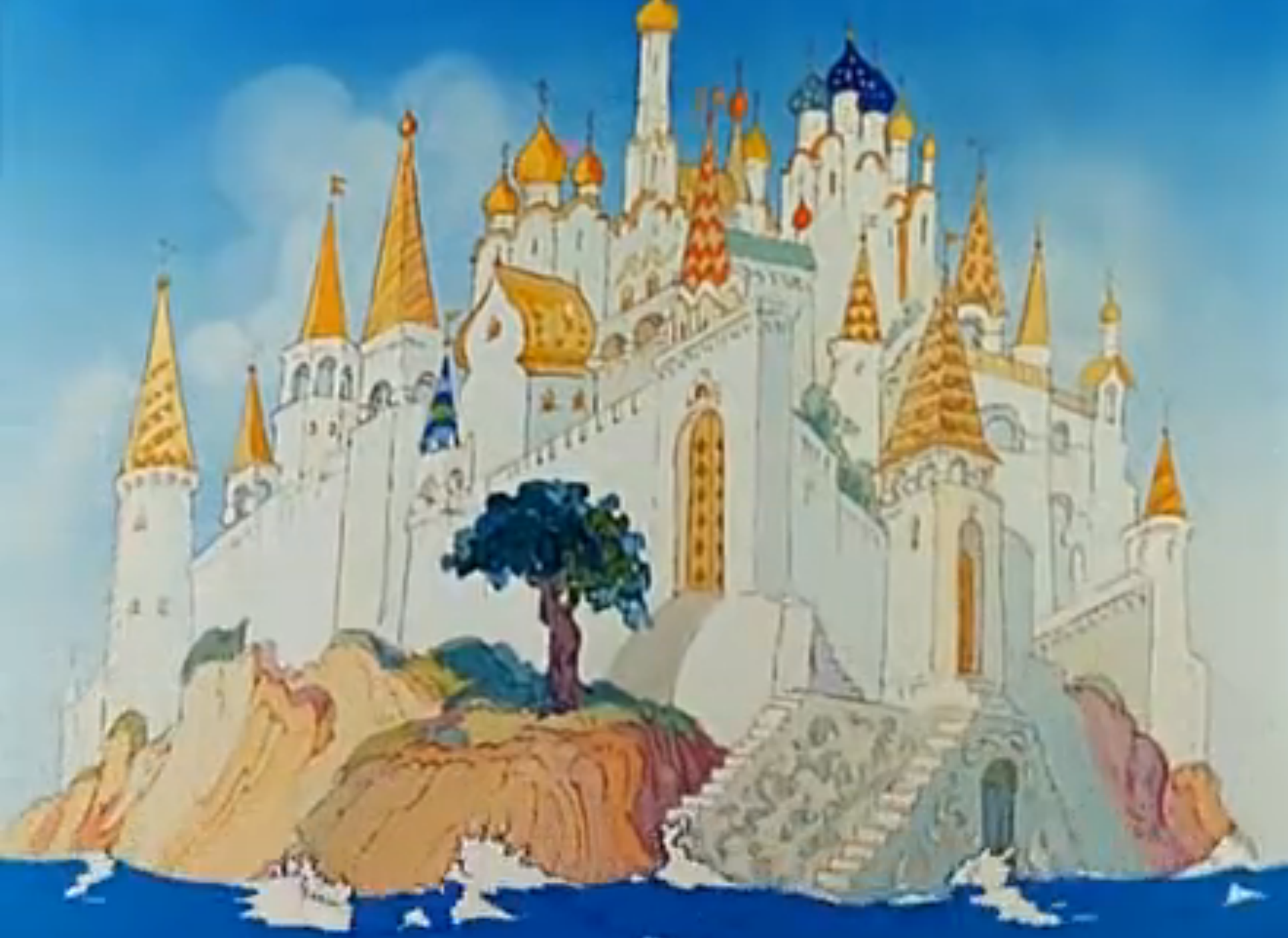 Now that you have this picturesque view in your mind, let me tell you the sad truth – for the majority of 20th century, Sviyazhsk was used by Soviet government as a prison as a part of GULAG camps as well as institution for mentally ill, but more about this later. 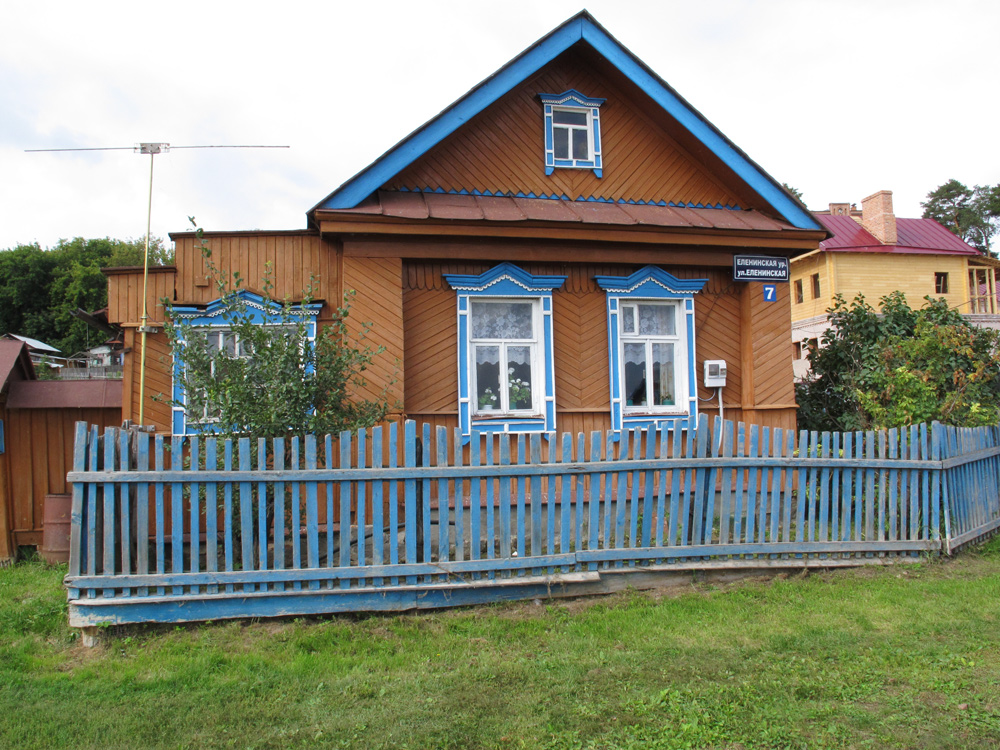 At the time of our visit, the island was in the later stages of its restoration processes – paved walkways, decorative streetlamps, newly built houses that maintain historic look, as well as restored monasteries and churches. Sviyazhsk will become a perfect countryside retreat for visitors of World Cup 2018, Kazan being one of the participating Russian cities. 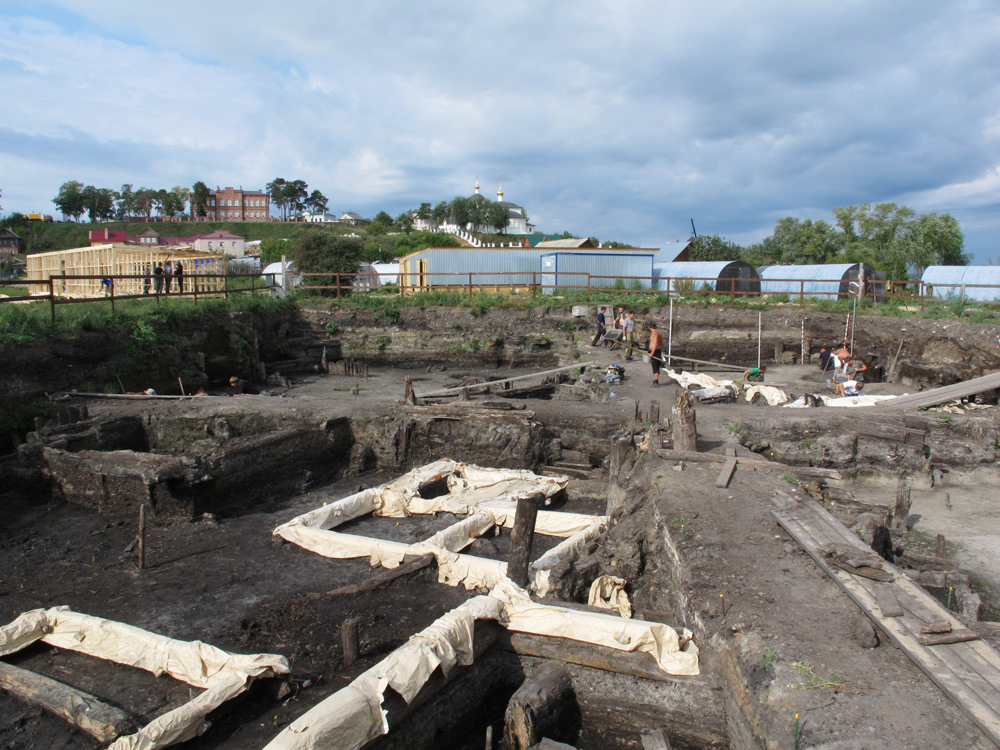 The island is fairly small; a visitor can walk around entire circumference in about 40 minutes 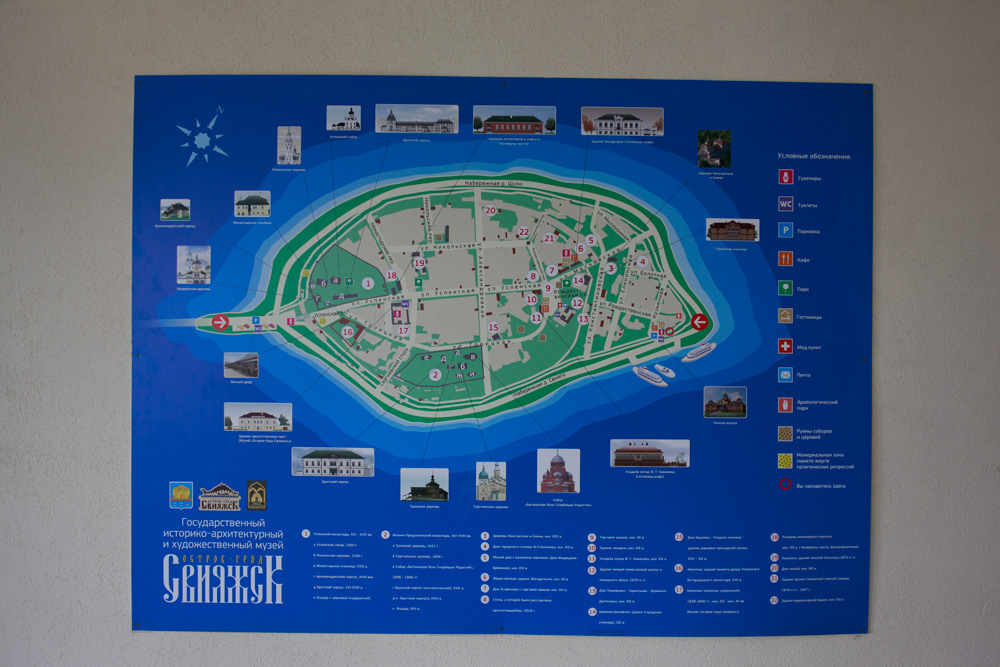 but the most interesting parts are right in the center. Make sure to visit island’s oldest church, built entirely out of wood in 1500s and adjacent church that has just finished renovations. Don’t miss island museum, which tackles Soviet legacy head on, try homemade lavash (Georgian bread) and wine (the best wine we had in Russia) from Sviyazhsk-Uspenskiy(Свияжский Успенский) monastery, ride/pet horses or just have a cold beverage at the craftmen courtyard, and enjoy beautiful views of river Sviyaga. 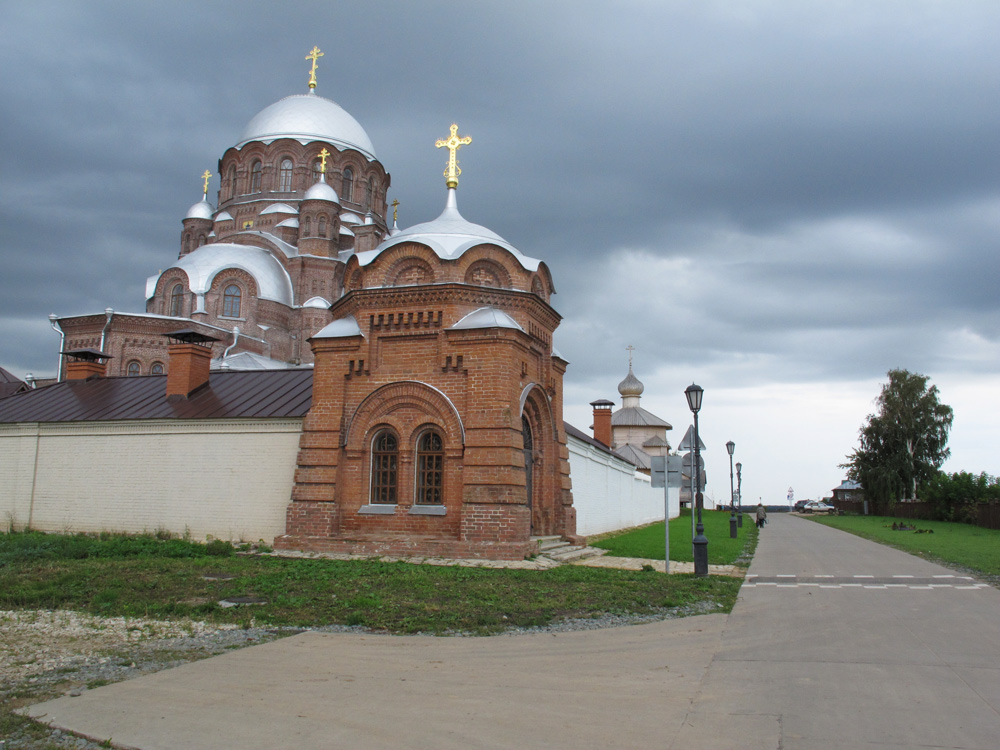 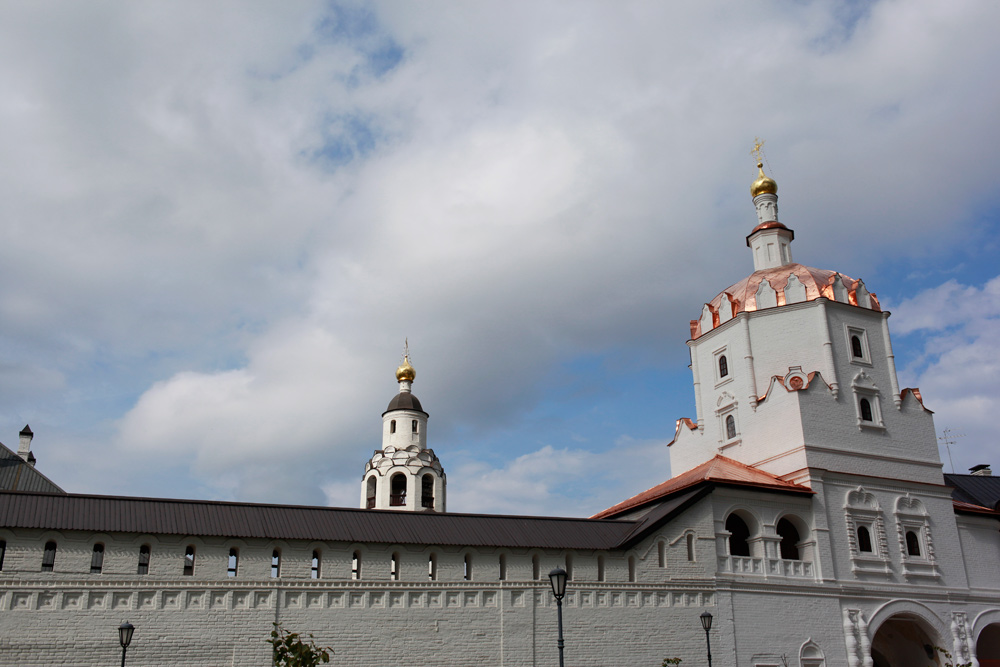 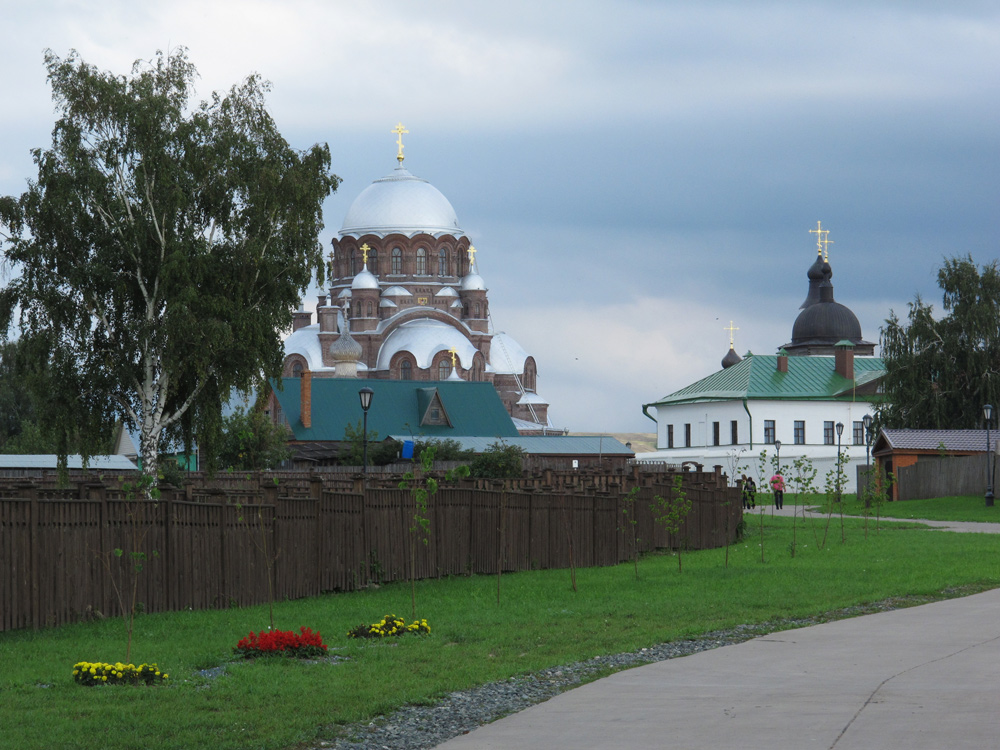 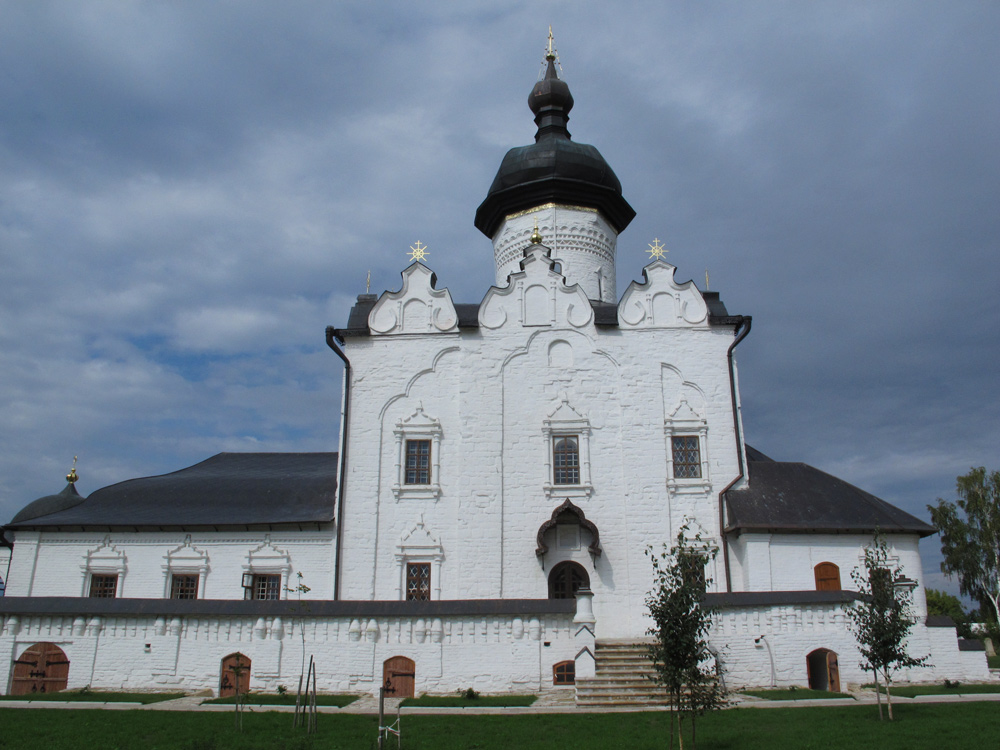 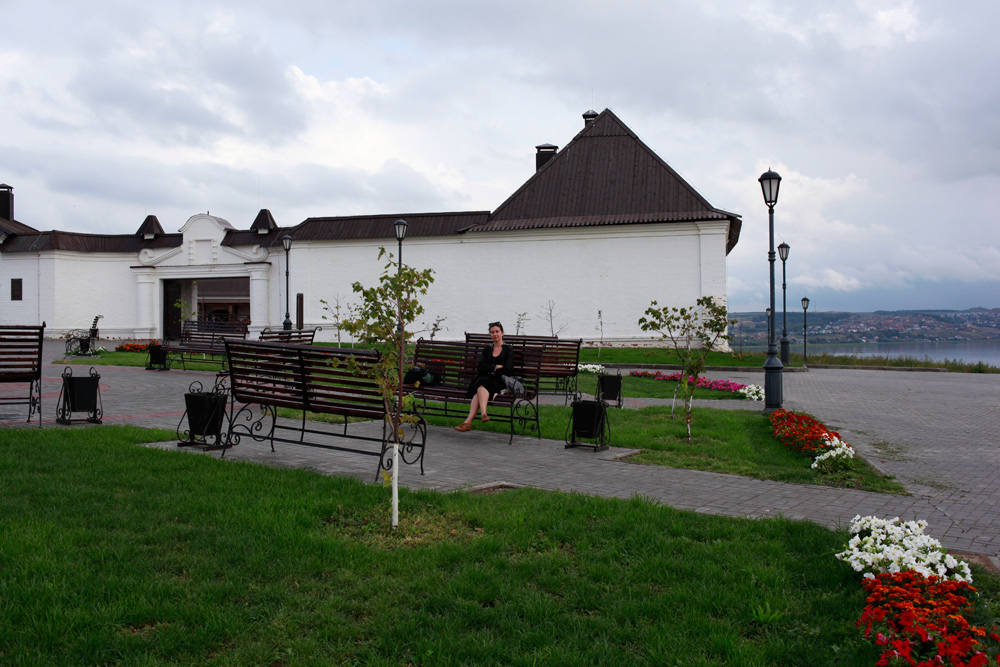 If you are in the mood for some ukha, Russian fish soup, walk down to fisherman’s market, which is actually a restaurant run by the locals right below the craftsmen courtyard by the water, super tasty! 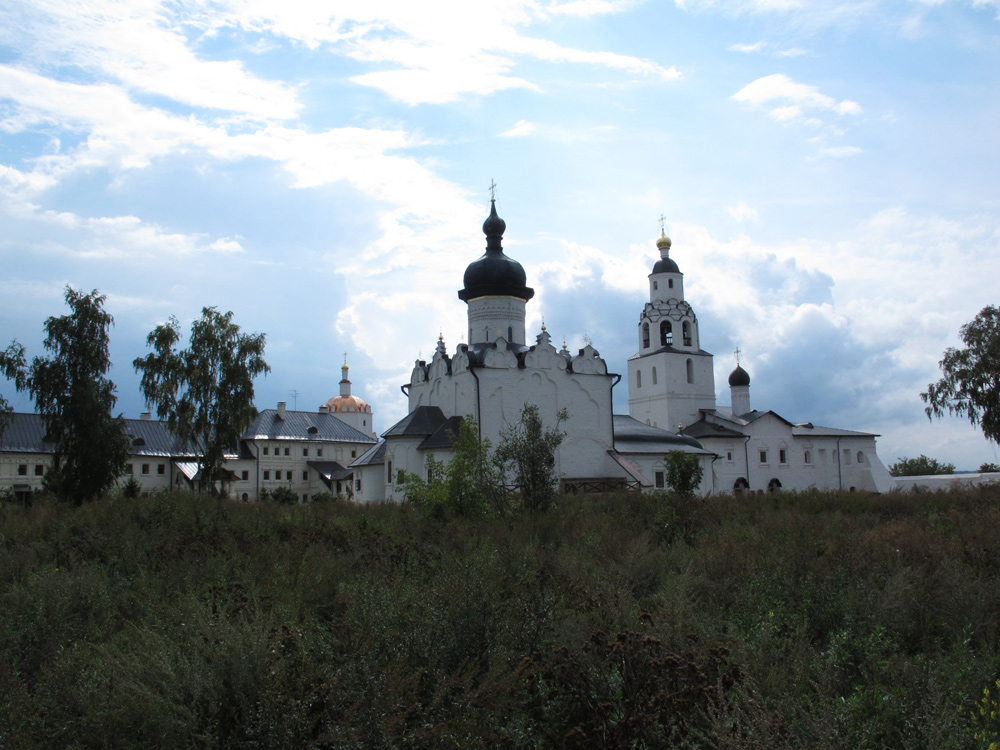 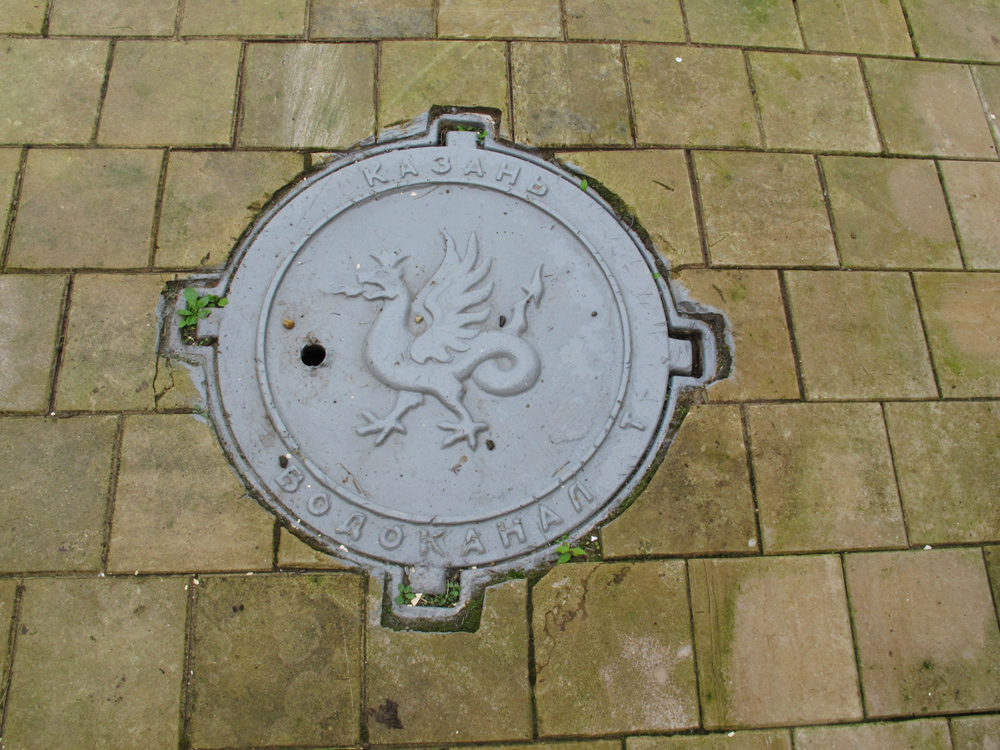 One aspect that is hard to miss is Soviet past of the island. During 1930s, when Russia was going through War on Religion, at least 4 large churches were destroyed to the foundation. 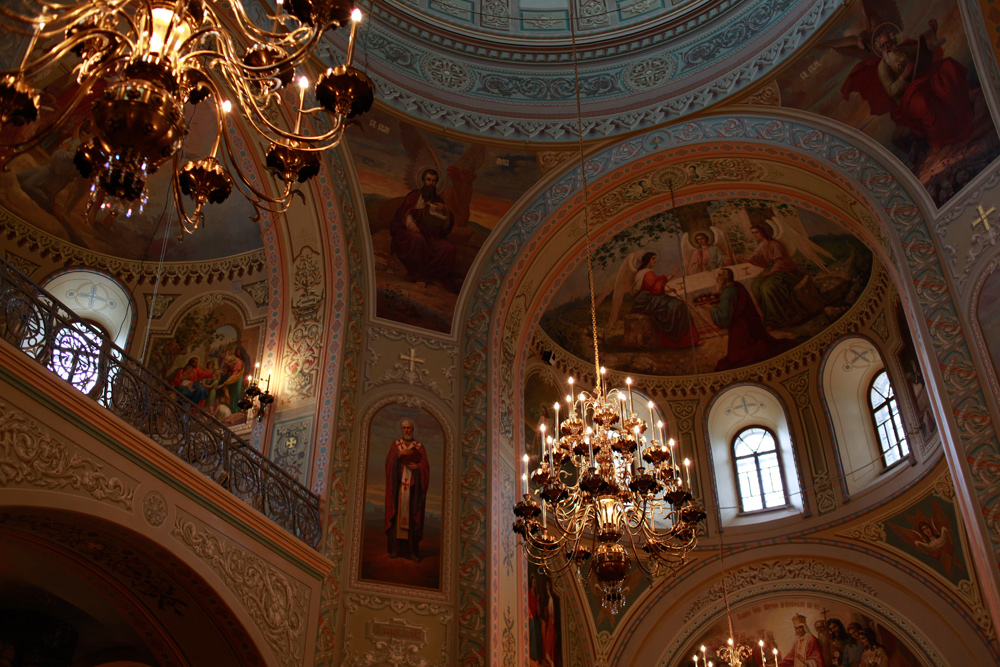 At the time of our visit, the museum had an exhibition of posters and propaganda of that period. Between 1935 and 1945, 2.5 million Russians were imprisoned for a variety of reason, ranging from conspiracy against Soviet government to petty things like being late to work, or switching jobs without letting your boss know. The latter one could carry punishment of 2-3 years in GULAG, but that was the worst of the time period.

So imagine this, there is the Great War (WWII) in progress, where millions are dying in trenches of the battlefields and forests of Russia, while at home many are imprisoned for political conspiracies…  Population of GULAG was almost doubled between 1941 and 1945 due to both political prisoners and POWs.

Being Russian, coping with such monstrosities is a challenging task. During our visit here, as well as other stops through out Russia, Sergey always wondered how life could have been if Bol’shevik Revolution never took place, if monarchy prevailed in the end and if Soviet rule was nothing but a short phase in a history of Russia… In our Ekaterinburg post[link to post], you can read about Nicholas II legacy in more detail and all the innovations he has brought to Russia before the massacre. We will never know, but can only wonder.

The positive aspect is that Russia is finally coming to terms with its past by acknowledging the dark past and raising monuments to the fallen spirits that held their beliefs to the last. 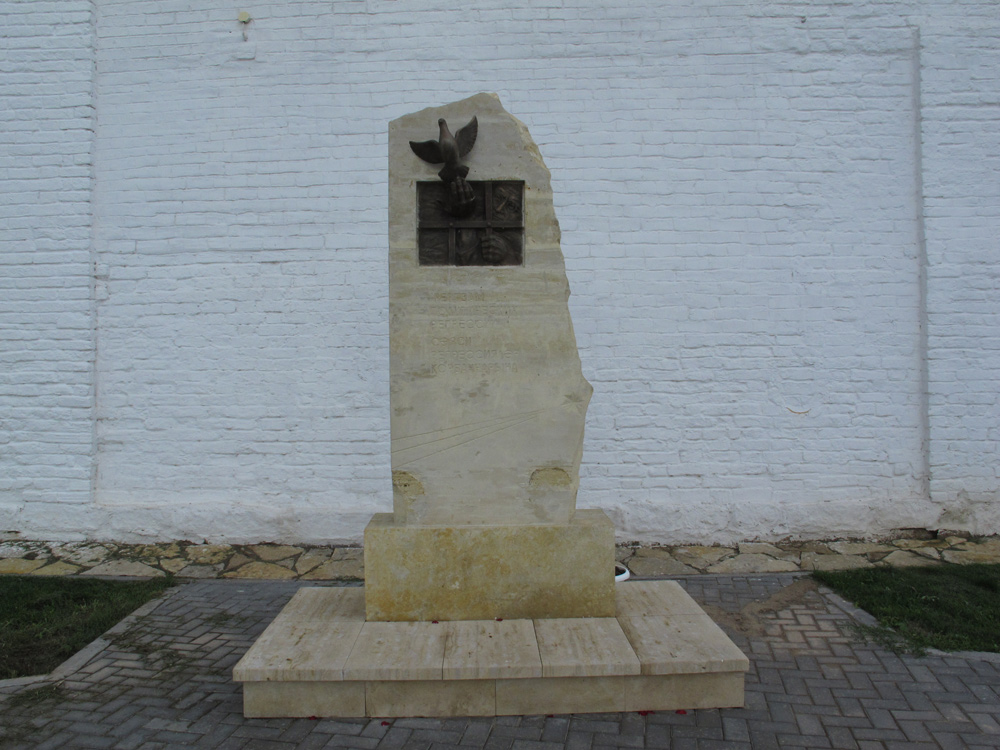 Heavy stuff, we know, but necessary. Here is a rooster to cheer you up, dear reader. 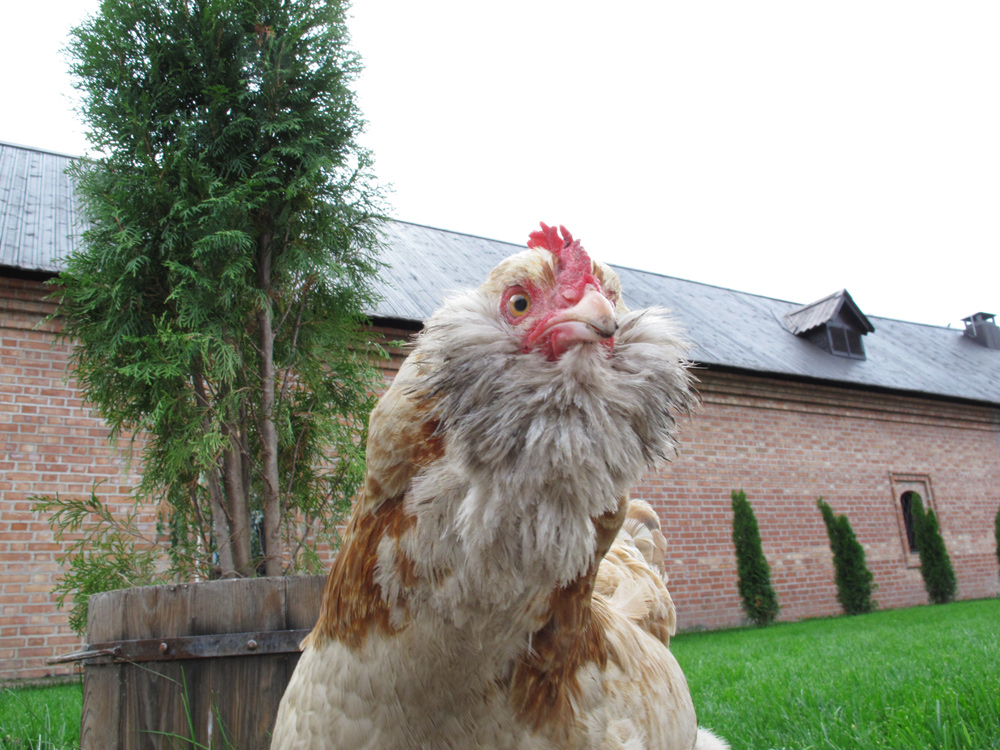 Transport links: Ferry leaves from Kazan’s sea port at 7:00am.  The sea port can be accessed by bus or tram number 7. Having main train station behind you, walk forward to the main road and catch a bus heading to your right (North-East direction), the port will be the last stop.

Eat: Delicious island-made wine and fresh from the oven bread. Available at the monasteries. 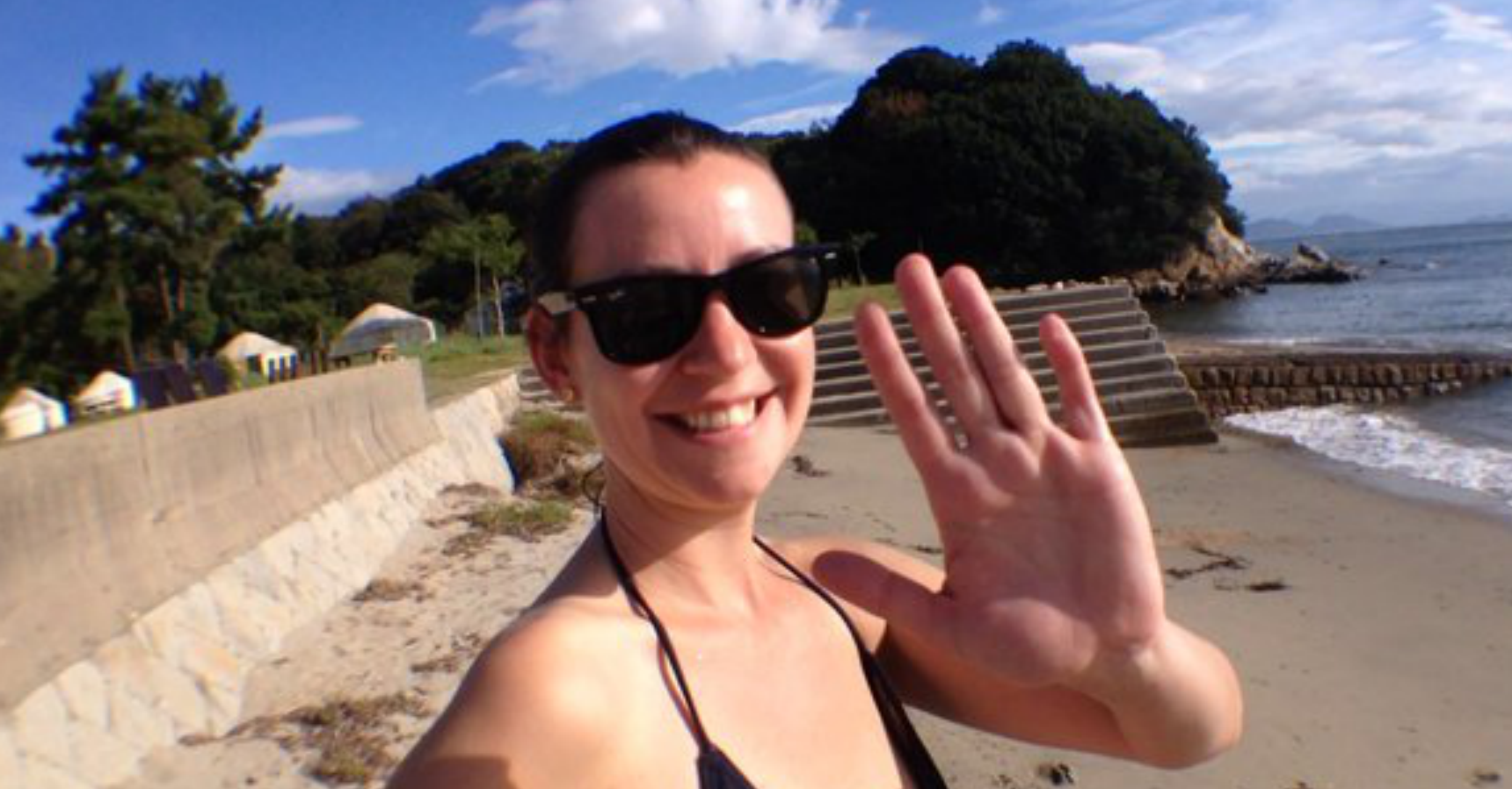 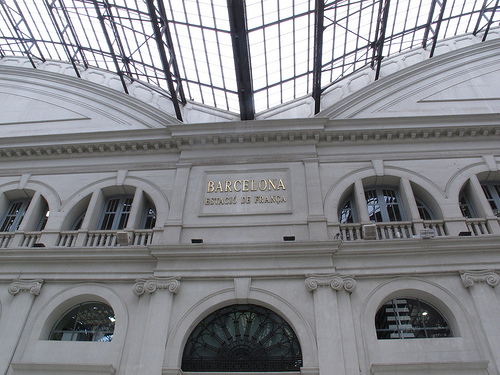 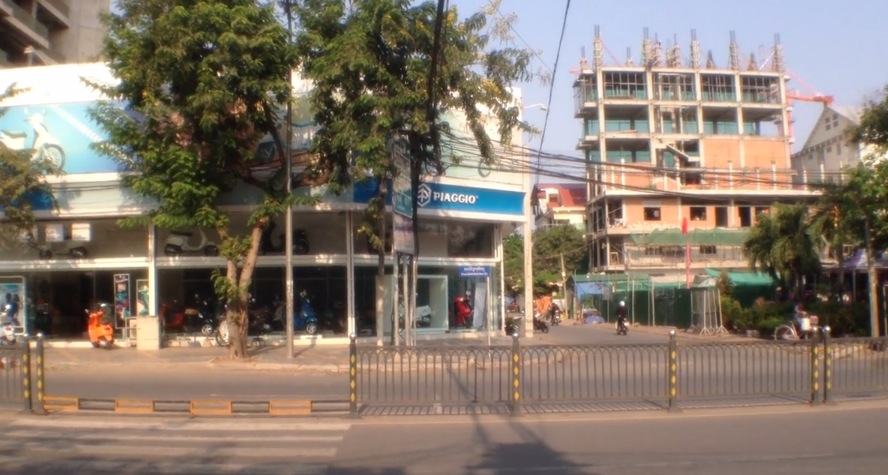