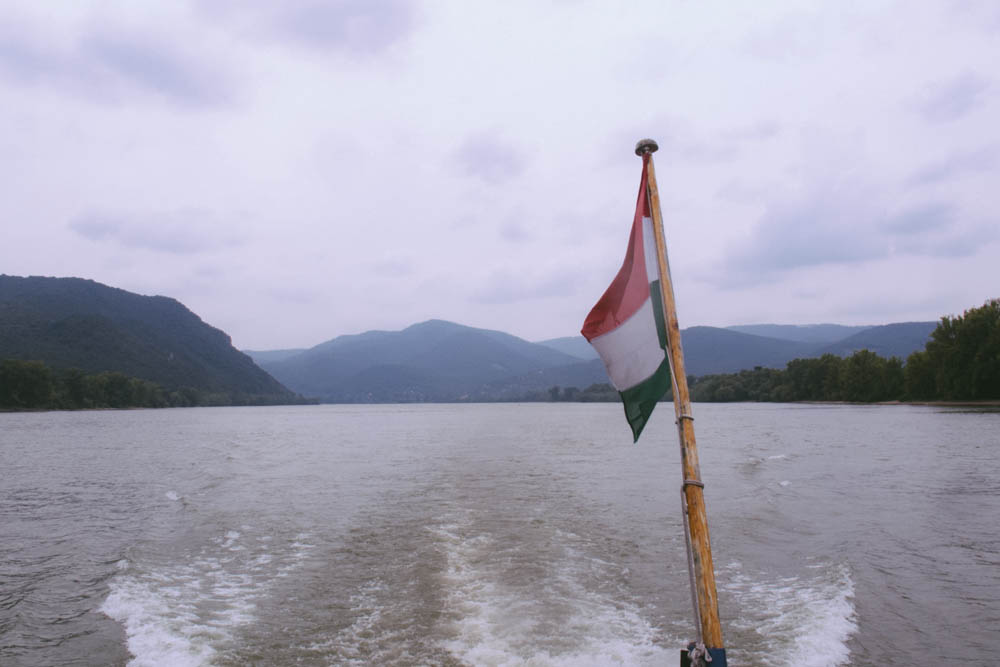 If the number of posts (4!) about just one city is any indication, it was pretty hard for us to let go of Budapest. We had all sorts of grand plans to see the countryside, perhaps chill out a few days at Laka Balaton, which we’ve heard is pretty impressive. But alas — Budapest had us at first sight, and never really let go. We did manage to get away for a day trip going down the Danube Bend to explore the former royal residence (way back when in the 1300s!) of Hungarian kings at Visegrád and then Esztergom, which was the capital of medieval Hungary from 10th to 13th century. And we even ventured over the border to Slovakia for a hot second. We did a lot, without resorting to organized excursions, and managing to fit it all in before dinner at one of the lovely bistros back in Budapest. *If you just need the directions for your own DIY Danube Bend trip, skip down to the bottom of the post.

To me Visegrád  is kind of the perfect day trip destination from a cosmopolitan city – it’s not too far, its pretty old, it has a fortress /castle like structure, there’s a quaint little town right there and a nice little hike. Plus it’s on a body of water (and not just any, but the Danube). 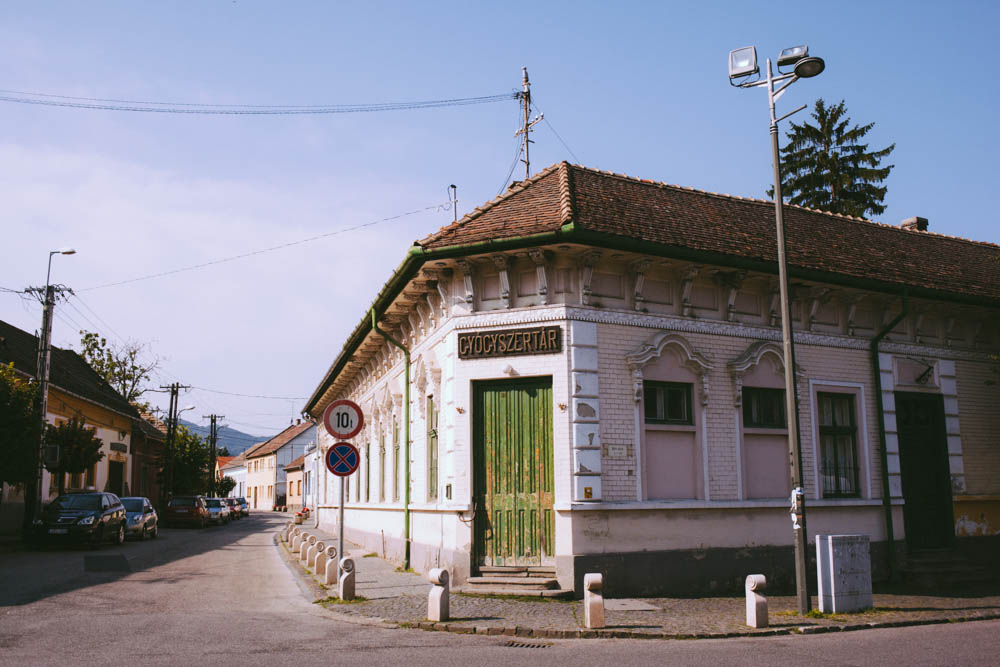 Although the first mention of Visegrád dates back to 10th century, it was destroyed in the 1200s by the Mongols, to be rebuilt bigger and better, and really came into its own the 1300s when Hungarian royal family called it home. That only lasted for about a hundred years, and since then the town long lost it’s prominence. So much so, that it was only granted town status again in 2000. With a population of under 2,ooo there’s not much to explore of the town (as cute as those few buildings are), but it does boast an impressive upper and lower (!) castles. In order to reach either, there’s a bit of an impressive hike involved – maybe 45 minutes up hill. 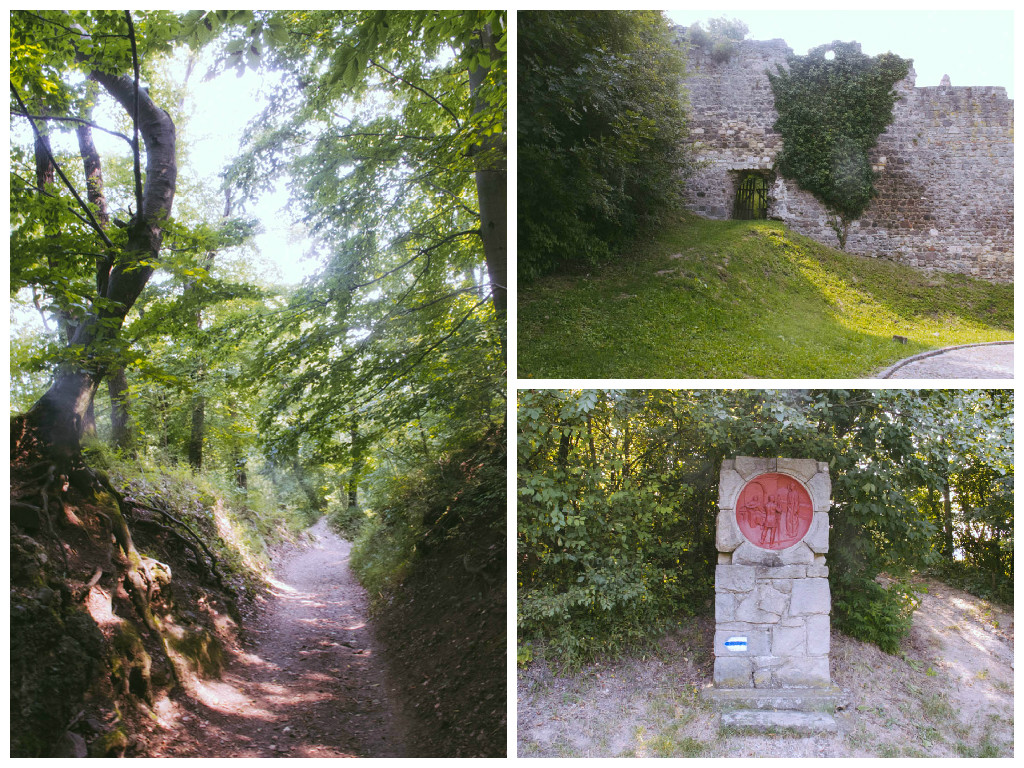 I am pretty keen on anything that will date back a couple of centuries — the further the better. It’s really just an excuse to let my imagination run wild on trivial things like — this was their outhouse? How long did the meals last? Did they eat any vegetables with dinner? Did any fatal duels take place right on this spot? (dark, I know). It helps to know a bit of history too, like for example in 1335 King Charles I of Hungary hosted King John of Luxembourg and King Casimir III of Poland for two-month long Congress, which set up an alliance between Poland and Hungary against Hapsburg Austria  – didn’t help them much in the end — but can you imagine the meals they’ve had in those two months? 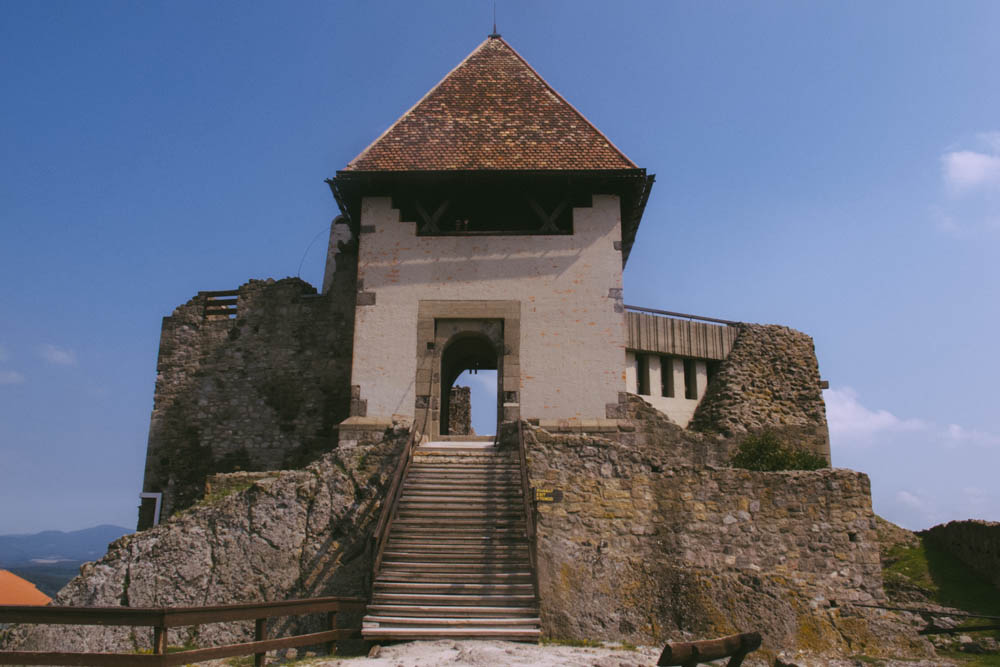 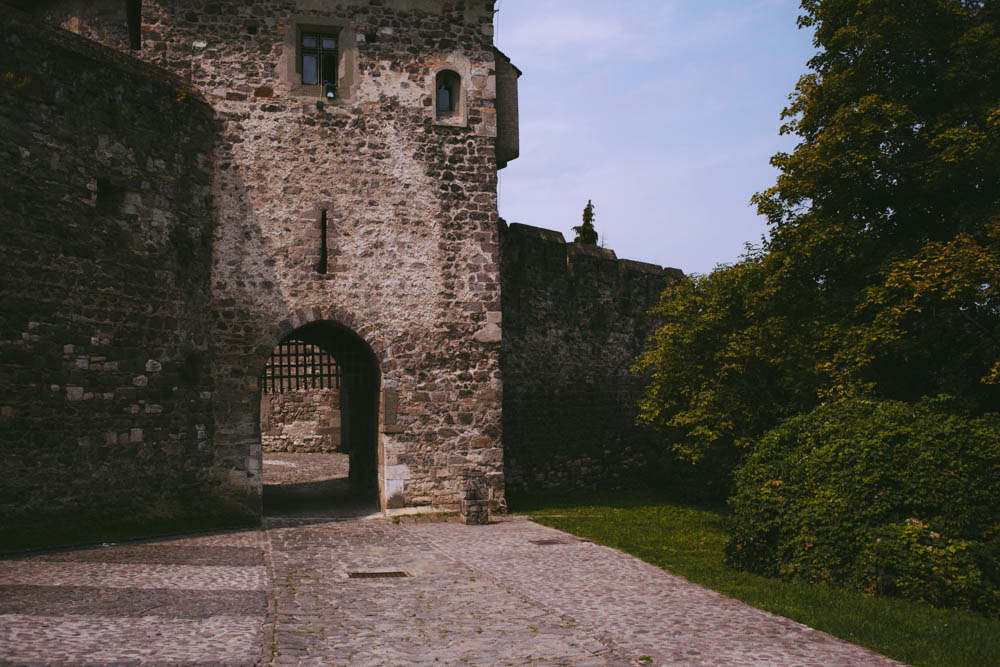 Visegrád castle committee (or whoever organizes these things) made sure to provide plenty of  props to aid along in your speculation and imagination on life in medieval Hungarian castle. Now I just have one question — those billowy sleeves – not very good for eating and drinking, eh? 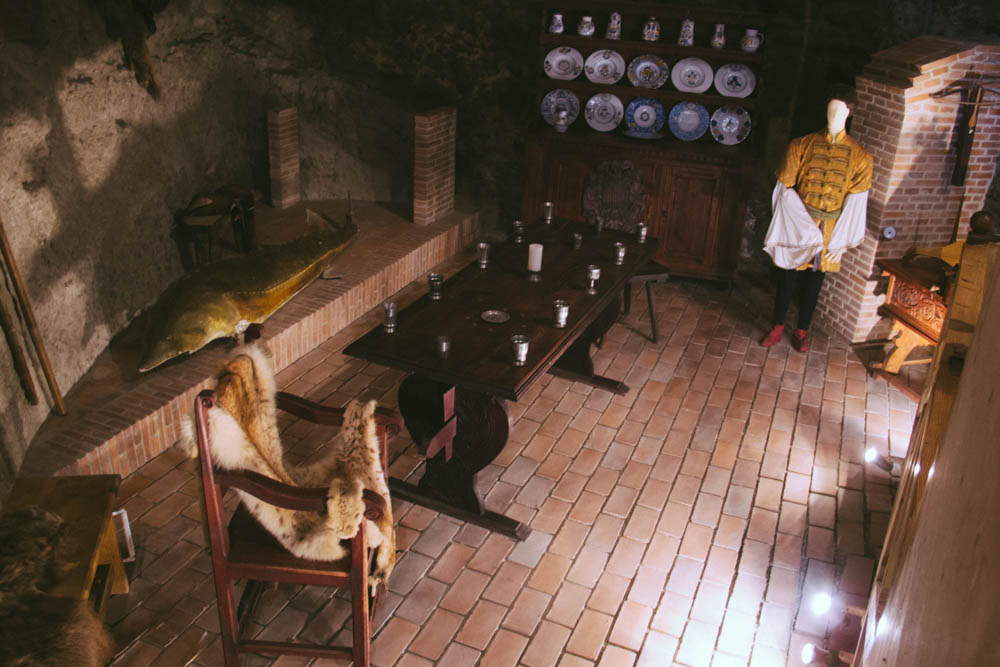 Bonus bit for visiting Visegrád castle — fantastic views of the Danube from up high. Do you think anyone ever got thrown of this hill top for something like treason or illicit romantic trysts back in 1300s? 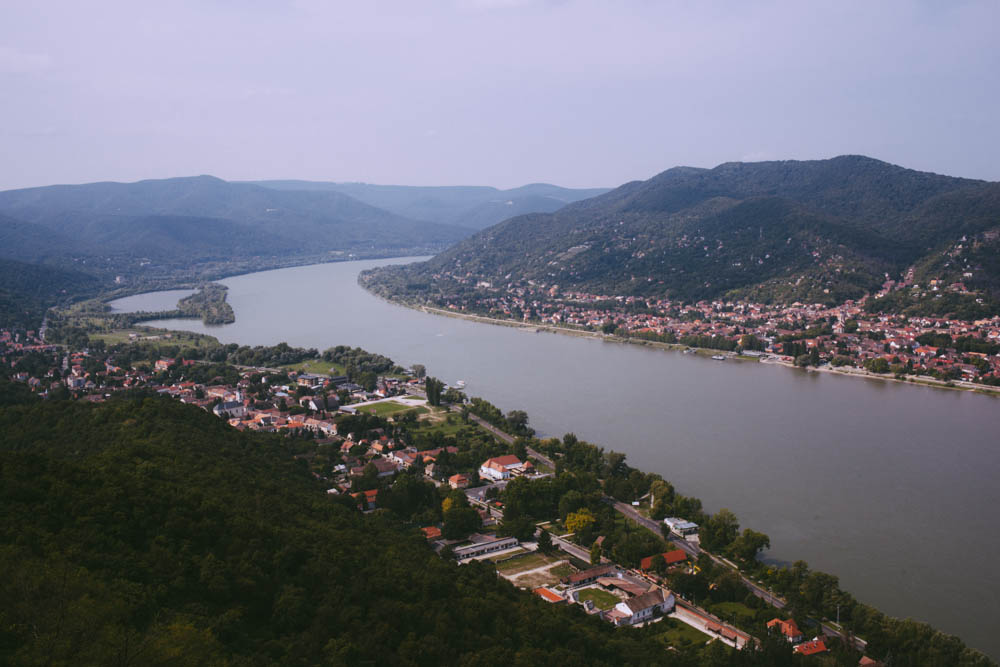 View of the Danube rive and surrounding villages from Visegrád castle, Hungary.

Castle adventures at Visegrád complete we hopped on a boat for a two hour trip down the Danube Bend to Esztergom. If you like having a drink on boats, then this is a trip for you. We didn’t know about this option until already on board, so we purchased our drinks of choice from the bar, but you may want to plan ahead for this one. Also snacks! Bring those.

Esztergom claim to fame is that it was the capital of medieval Hungary from 10th through mid 13th century, prior to King Bela IV moving the royal seat to Buda. Despite the kings decamping to Buda, Esztergom remained a prominent metropolis up through 1680s, at which point much of it was destroyed in clashes with the Ottoman Empire. Not many buildings remain from that era, although Esztergom continues to be an important focal point for Hungary thanks to the Esztergom Basilica, the seat of Roman Catholic Church in the country. Esztergom Basilica is also the largest church in Hungary. 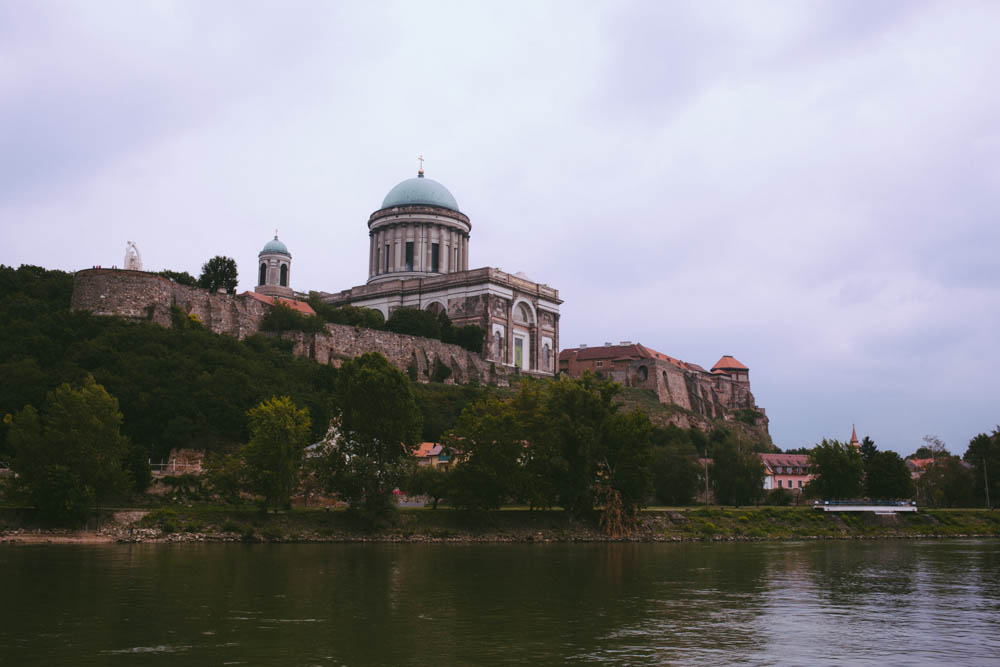 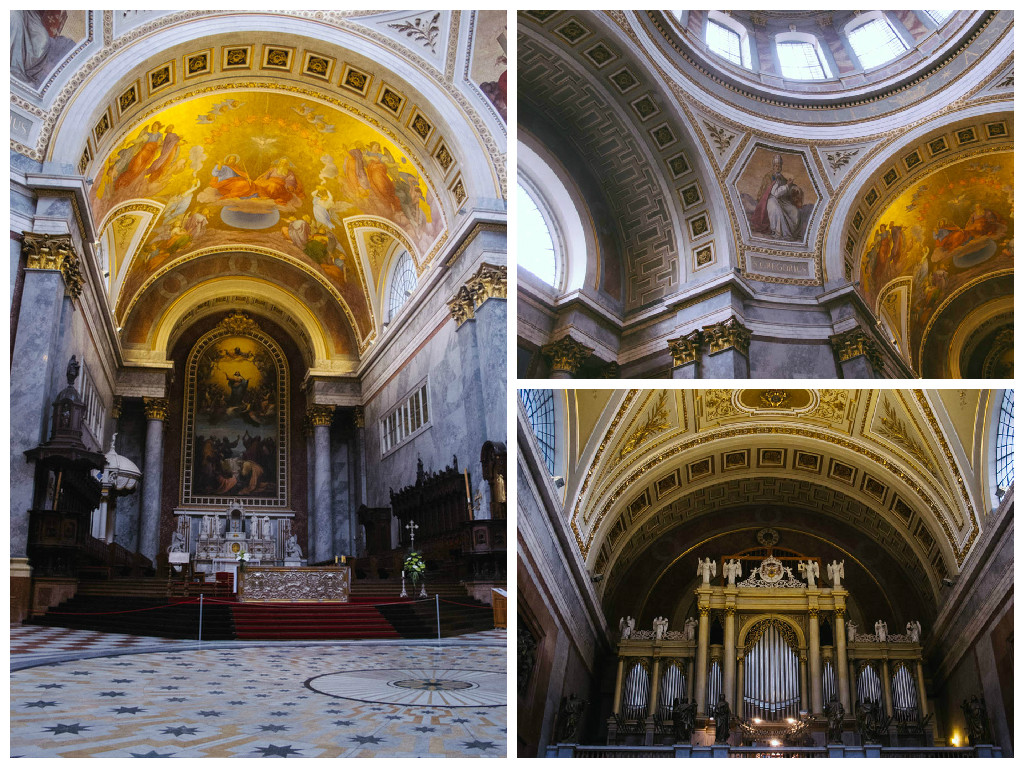 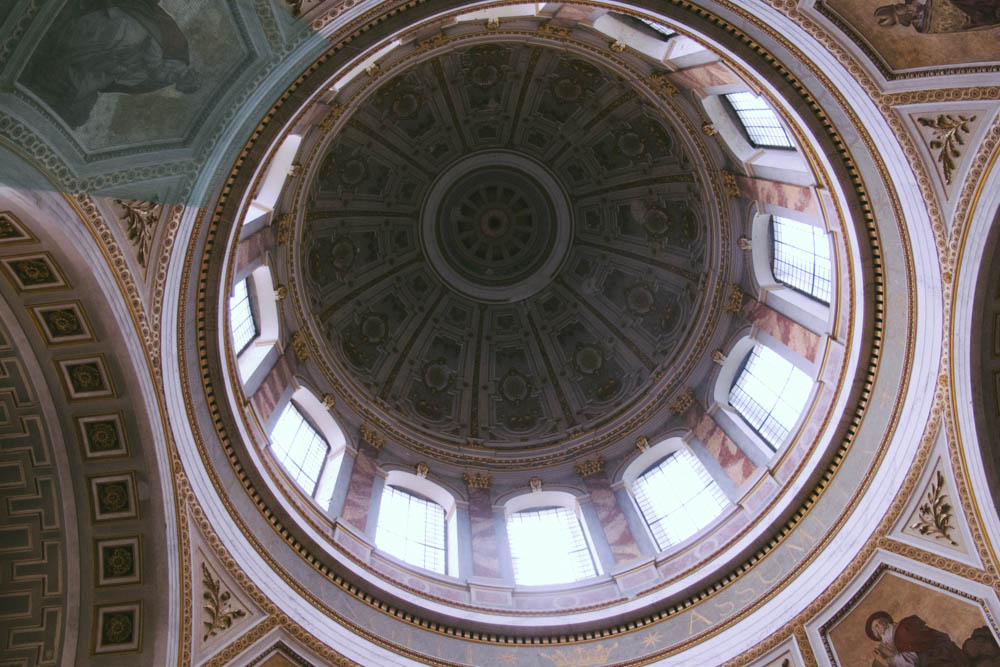 As far as churches go, I thought it was a fairly typical grand old self – resplendent in all the proper gold, marble and appliques. We were also one of the few visitors inside – maybe because it was lunch hour, or because of the stormy weather – so we got to enjoy more serenity than usually typical in famous churches.

We explored the town a bit too – which is about 10 times as big as Visegrád – but somehow doesn’t feel all that much bigger. Plenty quaint though. A neat historical fact about Esztergom: recent excavations revealed that the area was inhabited as long as 20,000 years ago during the Ice Age! Now let your imagination wander that far back…kind of tough, isn’t it?

We popped in some place for late lunch, but after all the great food we’ve had in Budapest, we felt a bit let down by the meal — it wasn’t bad, it just wasn’t great. 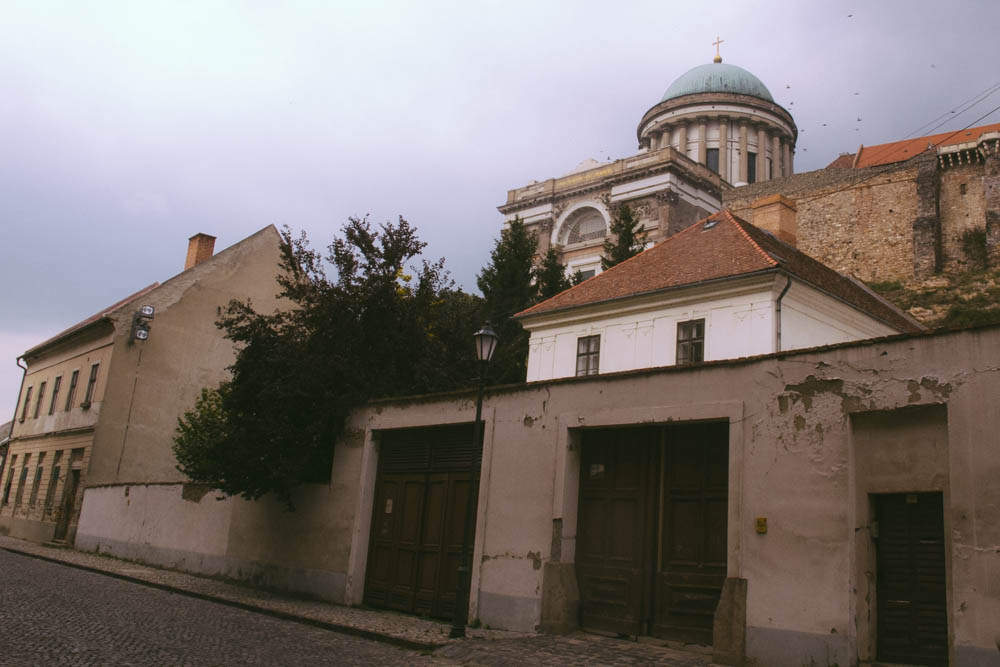 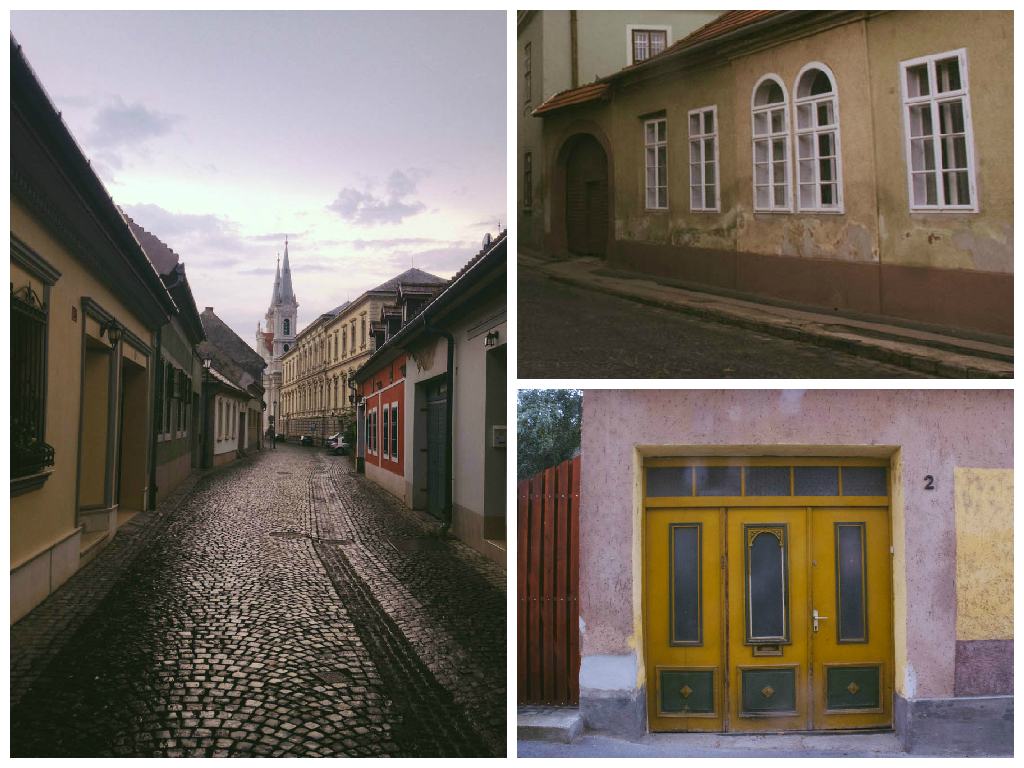 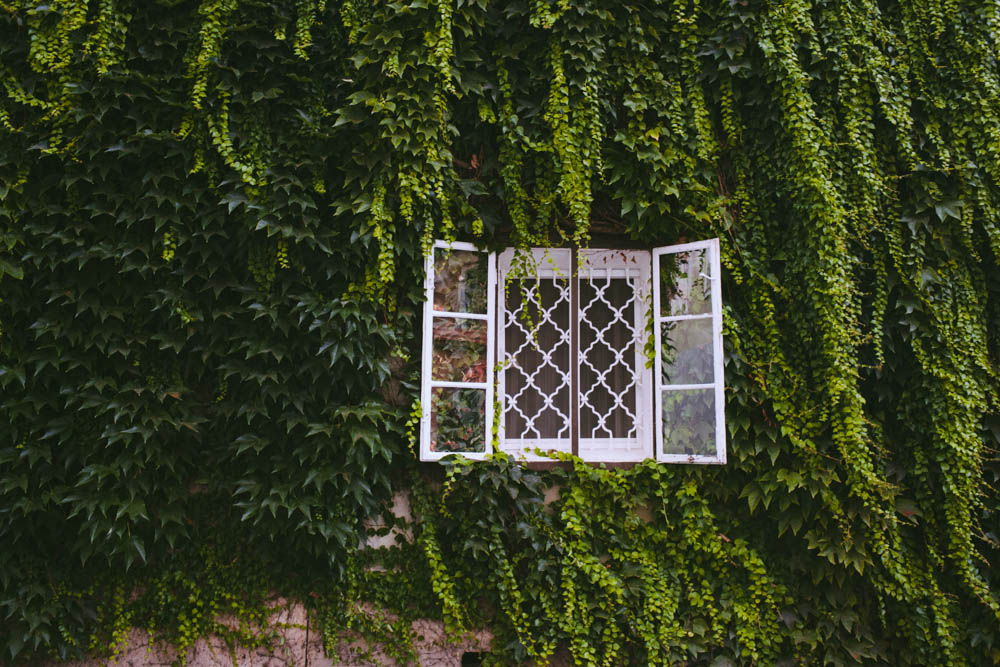 Wrapping up our adventure, we still had one more destination to check off the list –Štúrovo , Slovakia. A hop and skip across the bridge and we made it to a new country. No border controls, or even a bored traffic police to check us. Dang. Traveling in Europe got just slightly less exciting with the introduction of the Schengen zone, wouldn’t you agree? Why go to Štúrovo , Slovakia in the first place? Well, it may not have the Basilica, but it does have the best panoramic views of it, and that’s what we were there to see. Twenty minutes of sitting by the Danube river, in Štúrovo , Slovakia, ogling the Hungarian side, and we were ready to head back. 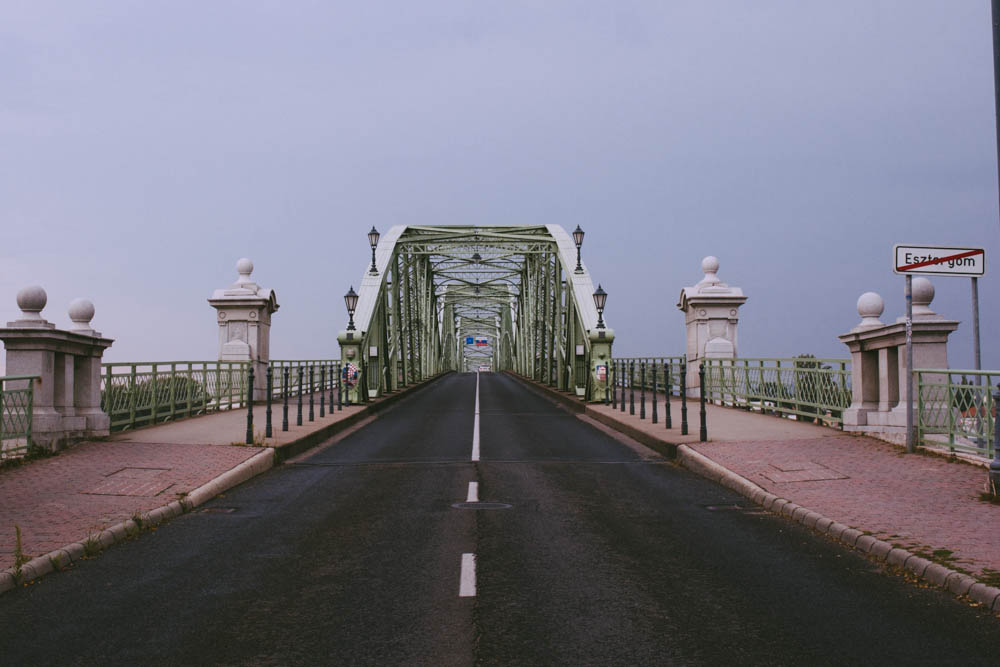 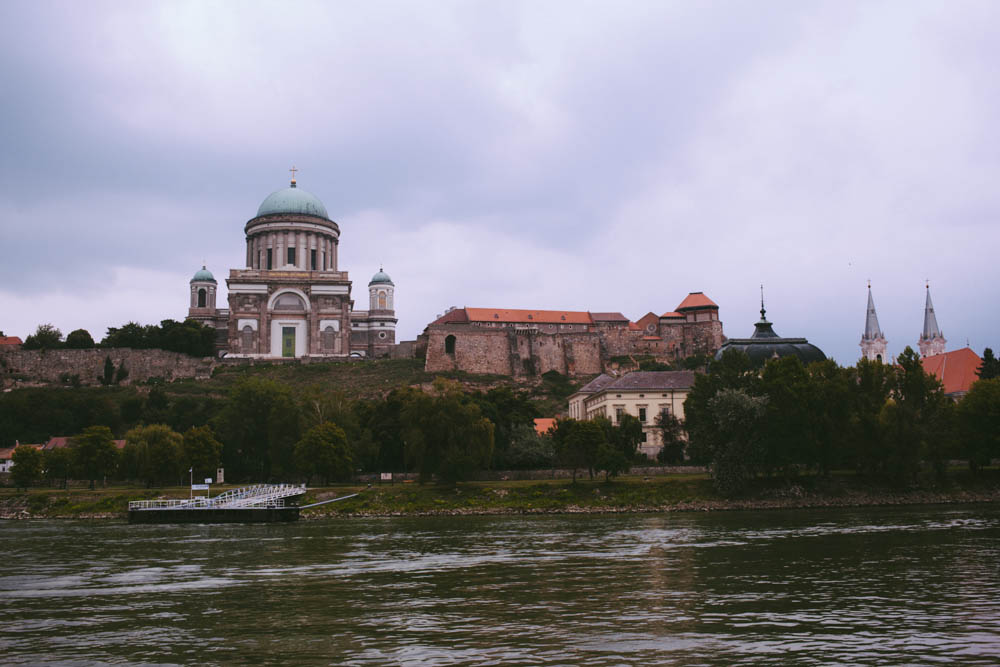 A hop and a skip over the Mária Valéria bridge to Štúrovo , Slovakia.

We took a video of our visit to Esztergom, documenting the Basilica from Hungarian as well as Slovakian side. Watch our 4 o’clock Esztergom adventure.

Budapest to Visegrád and Esztergom

This was an easy day trip, but it took a little more searching and planning than it should really be necessary. There is really no reason to do the tours frequently organized out of Budapest to these destinations.

Take the train from Budapest, Nyugati Station to Nagymaros-Visegrád. You can just show up and get your train ticket right there at the regional ticket offices. There are more than two dozen trains daily — so every half hour or so. The trip takes between 40 minutes and 1 hour.

Exit the train in Nagymaros town, Nyugati Station and cross the train tracks to the Danube. There is a ferry dock, with boats leaving for Visegrád every hour. The boat ride is maybe 15 minutes (that’s a stretch).

*You can reserve your ticket online, but you will still need to print it out at the station. Since this is a local train, and there is no way seats would run out, I would suggest just heading directly to the station. You can see the timetable for trains on MAV website.

In Visegrad, down from Castle Hill, there is a separate dock for cruise boats coming from Budapest. If you walk along the river you will spot it for sure, or just ask a local. The boats continue on to Esztergom — the ride takes from 1.5 to 2 hours. You can see the schedule here.

The boats dock right by the Basilica.

You can take the boat back from Esztergom to Budapest, but the ride is kind of long – 3.5 hours.

We opted to take the train back to Budapest’s Nyugati Station, but unfortunately part of the route was under construction, so we were loaded and unloaded onto buses, and arrived in some far flung part of Budapest, rather than central train station. Another negative to the train, the walk to Esztergom train station is kind of far from the Basilica.

Have you visited Hungarian towns and villages? Any tips on how to seek out the best food there? Also, anyone take the bus for this adventure? 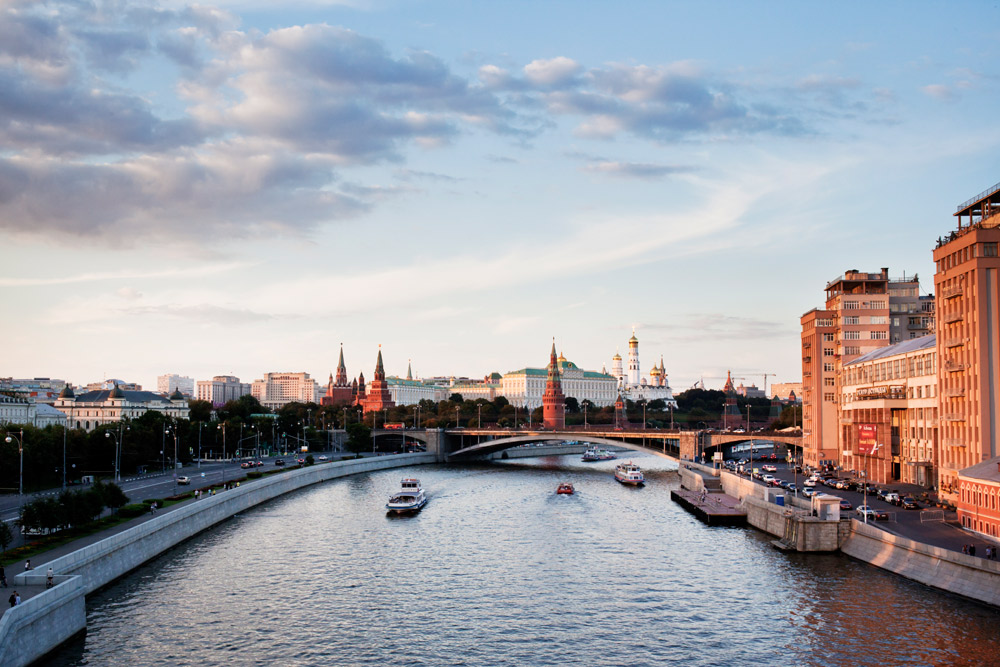 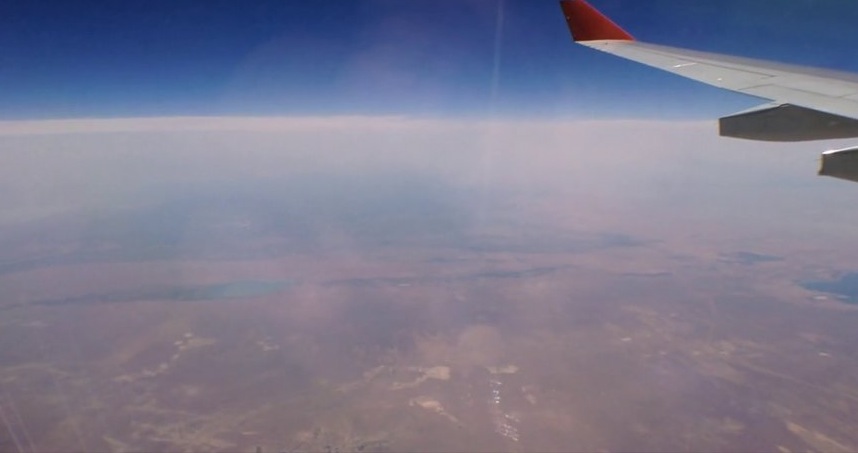 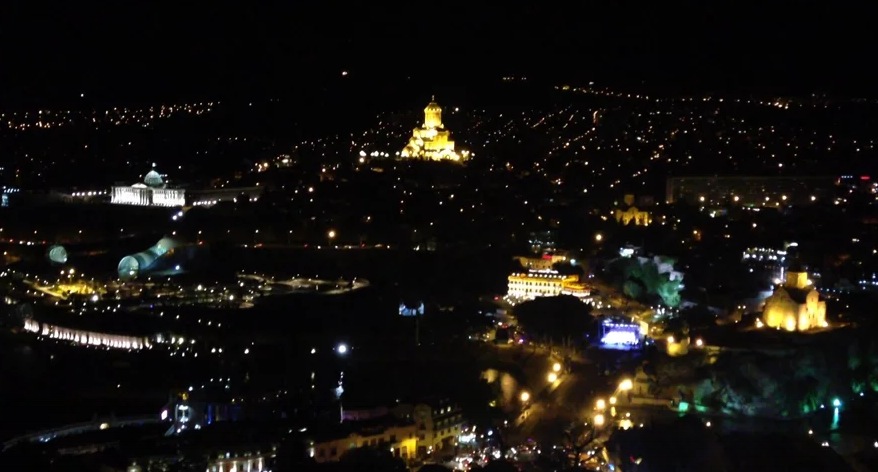