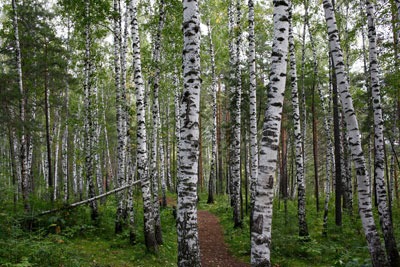 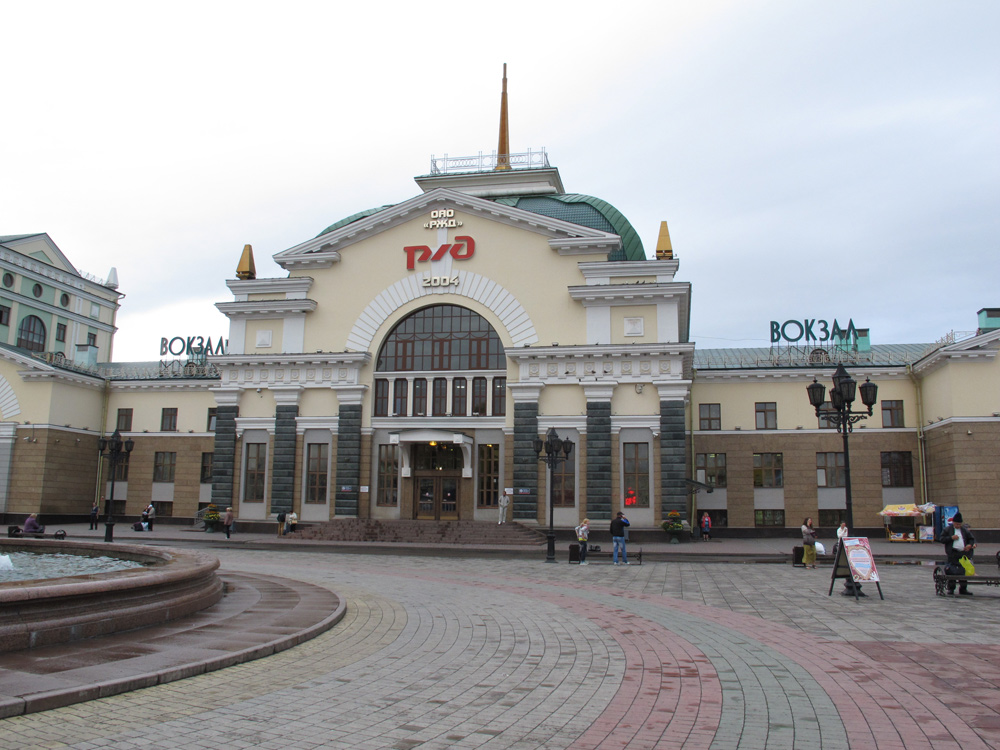 We rolled into Krasnoyarsk at 7:30 am local time / 3:30 am Moscow time. In just 6 days we conquered 4 time zones. Luckily train is conducive to sleeping so the jetlag was hardly noticeable.

Notable fact: we shelled out the big bucks for our 34-hour ride from Yekaterinburg to Krasnoyarsk to travel in 2nd class kupe, a compartment with 4 berths and a closing door. The privacy was luxurious, particularly as for the first 10 hours or so we had it all to ourselves. Onwards we split our cabin with two oil men returning home from their 45-day work shift constructing pipelines – fascinating stuff! 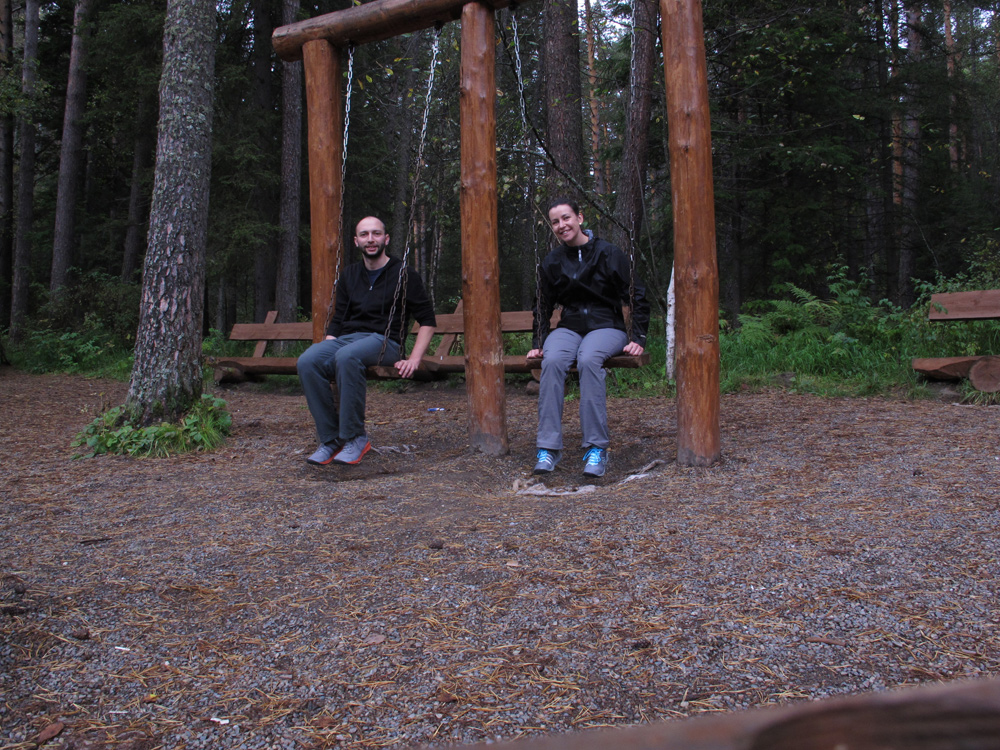 Taking a break on the swingset before the Stolby hike

With time to spare before our host would be home at 6 pm, we decided to go straight for what we came to Krasnoyarsk for hiking the taiga National Nature Reserve Stolby (translation: pillars). 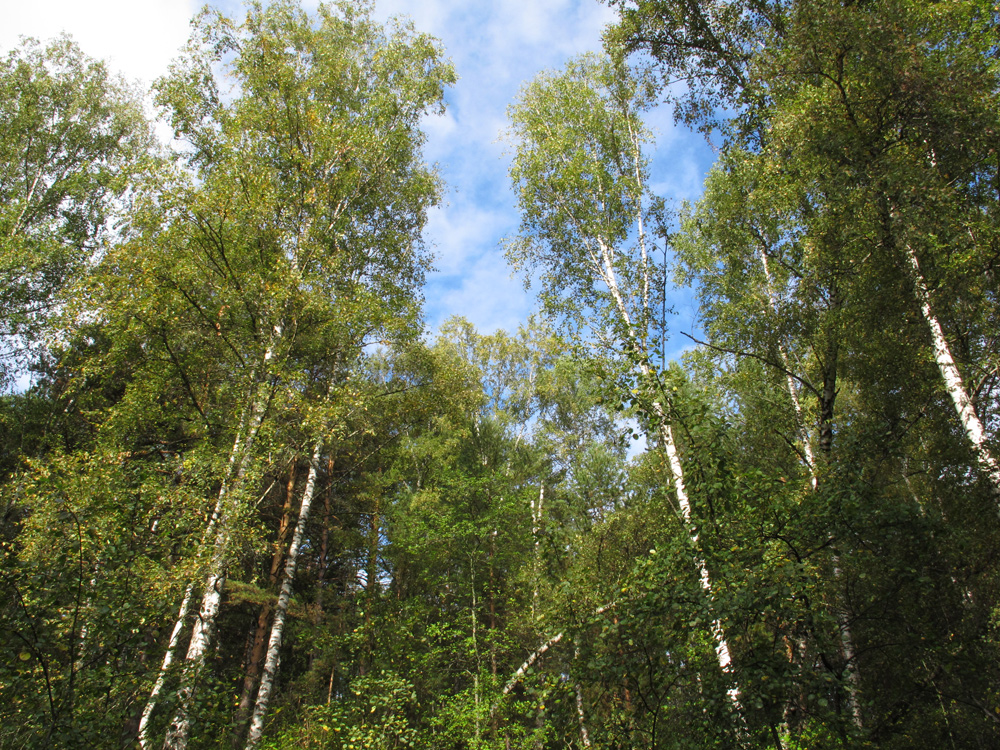 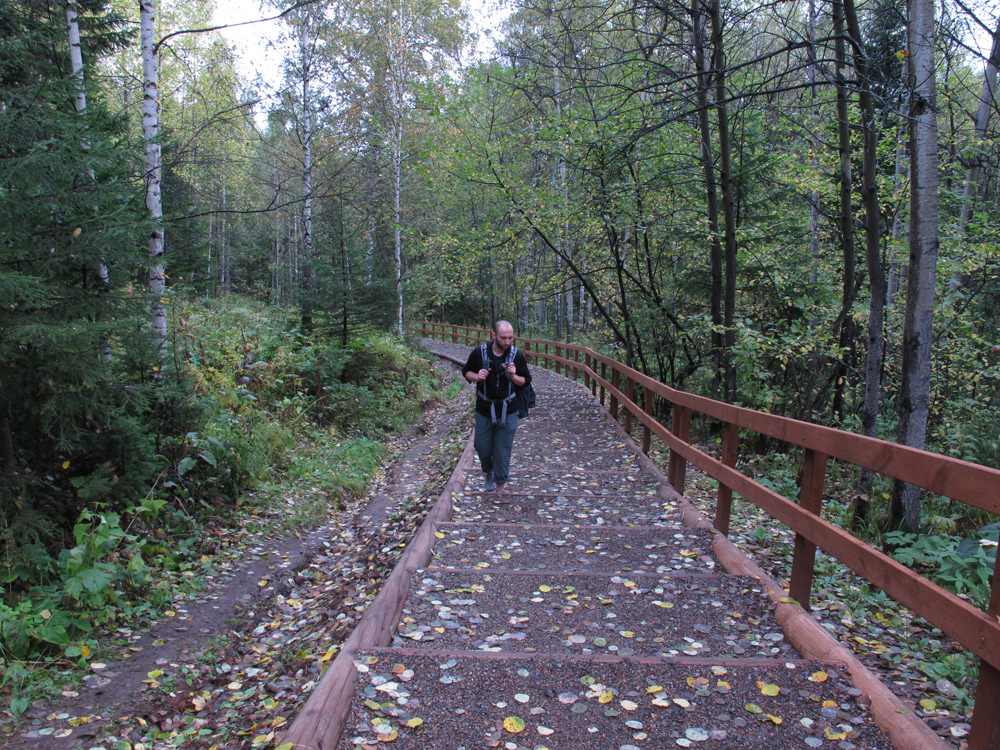 A walk in the Stolby nature reserve

Totally worth it – the hike wasn’t hard, although we walked probably around 20 kilometers, and the views spectacular. The stone pillars all look like one sort of thing or another and are named as such – there were feathers, priests, dinosaurs. We called pillars called grandfather. 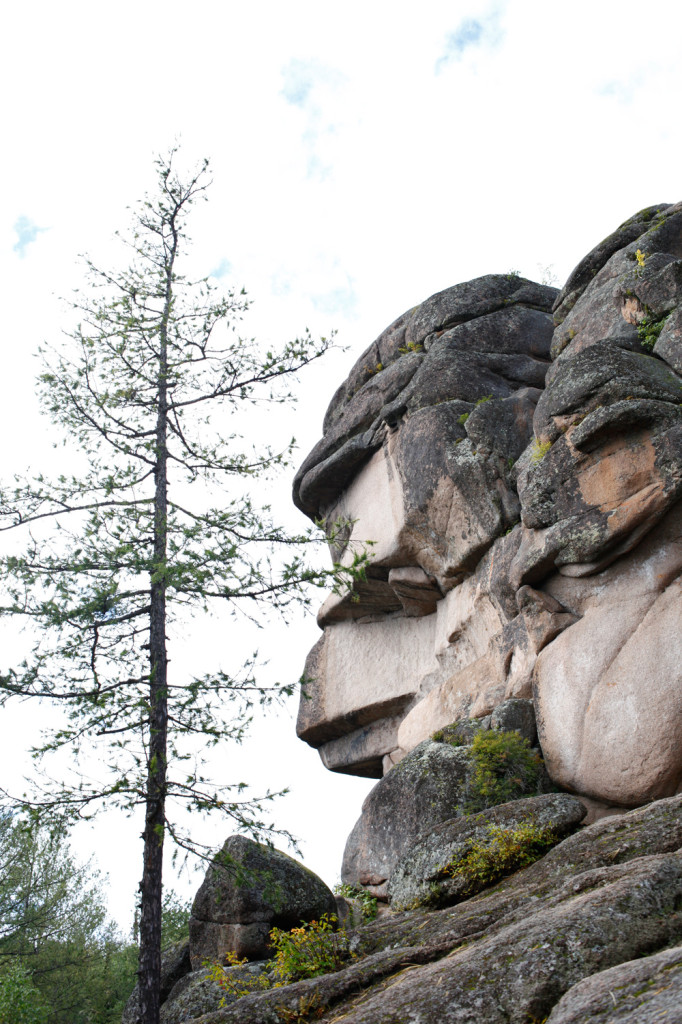 Totally worth it – we spent from 9 am until 4 pm in the forest, walking roughly 20 kilometers and climbing the pillars. The hike wasn’t too strenuous though, and the views spectacular. The stone pillars all look like one sort of thing or another and are named as such – there were feathers, priests, dinosaurs. The most spectacular climb – at least we thought – was up the pillar called grandfather. See the 4 o’clock video we shot from here (obviously it wasn’t 4 o’clock but sometimes you gotta do, what you gotta do).

There were also some observation points further down. We had fabulous weather sunny and cool, but not cold. 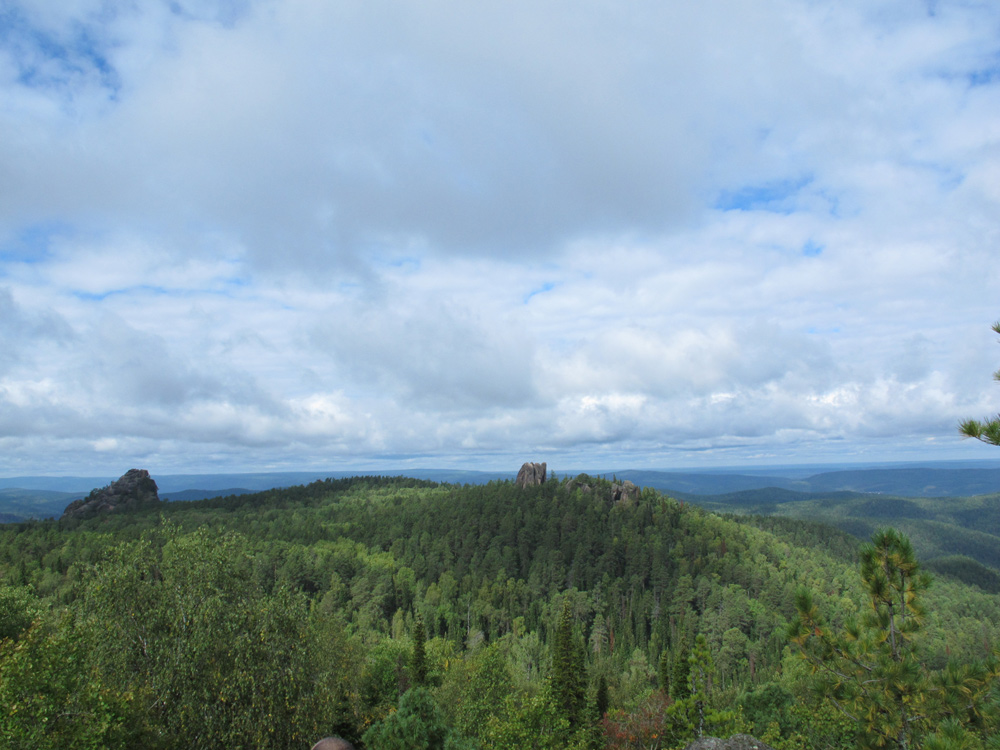 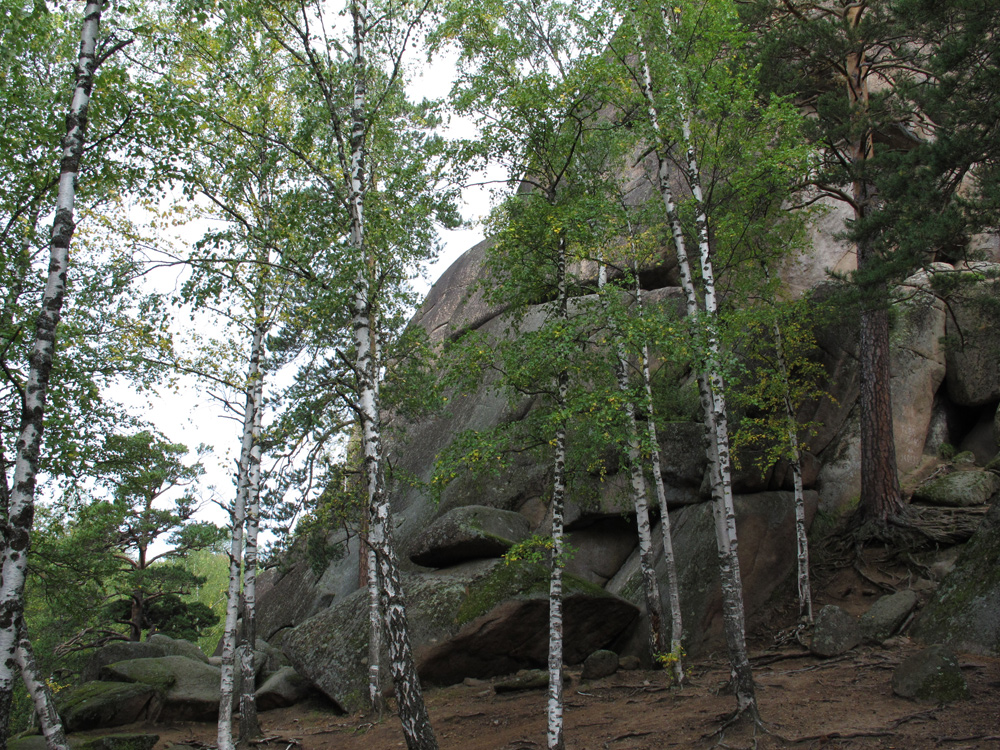 We didn’t get a chance to walk around the city as much as we would have liked, but we did catch the mighty Enisey River downtown on the embankment. Russia has so many beautiful rivers and lakes – all of the towns that we passed through on this trip were situated on the water. 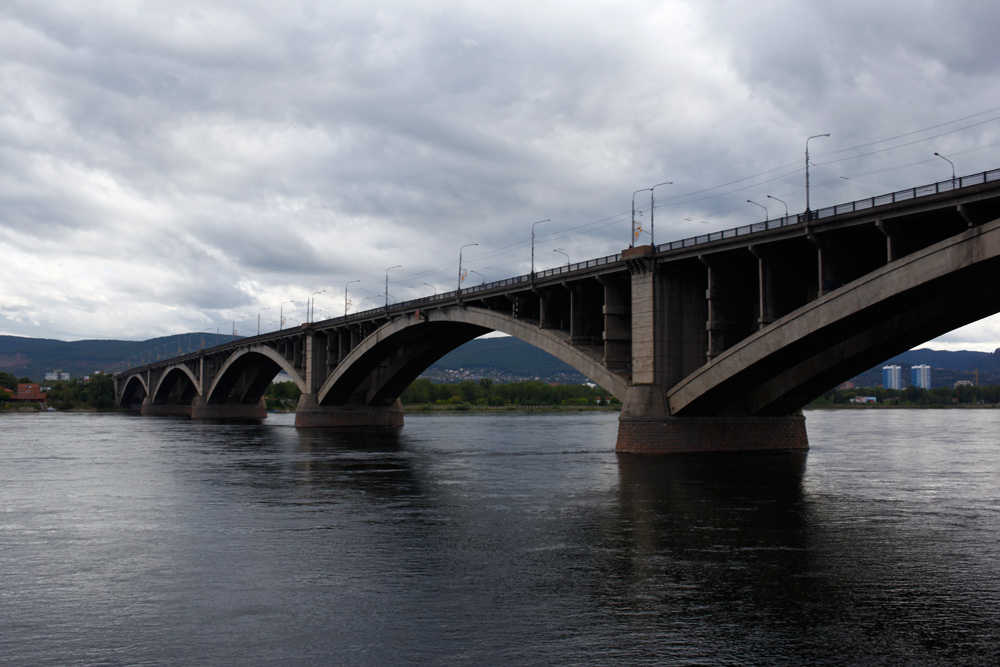 How to get to Stolby Reserve

Before we left on our journey I scoured the internet for directions on how to get to Stolby reserve, but couldn’t find very clear instructions. It turned out to be very easy. I am sure there are other ways to get there as well, but this is what we did:

Take bus #37 from the rail station to Базаиха (Bazaikha) stop – it’s about 40 minute ride, and the stop is second to last.* From Bazaikha take any bus except #37 and get off at Турбаза (Turbaza) stop, this is maybe another 5-10 minutes. Cross the road from Turbaza stop and walk in opposite direction of traffic just a short while. You will come to a wooden bridge. Follow that, you will come to a paved road. After 2.5 kilometers on paved road there will be a rest stop with toilets, another 5 km and you will be at the main Stolby starting point.

There are 5-6 different trails, all very clearly marked with different colors. We followed the yellow trail – another 9 kilometes or so. The trail has plenty of climbing opportunities and fantastic views and ends at a free chairlift (if accessed from the top) and has awesome views!

Alternatively take bus #37 to the last stop Фан Парк Бобровый Лог, an amusement park. Walk to the ticket window, purchase tickets for the chairlift, which will bring you to the top of the mountain. Follow the yellow trail to stolby. In this case, you will have to hike bike as well, to get down the mountain and back to the amusement park.

*All buses in Russia have conductors who collect the tickets. You can ask for the correct stop, and they will tell you when to get off. 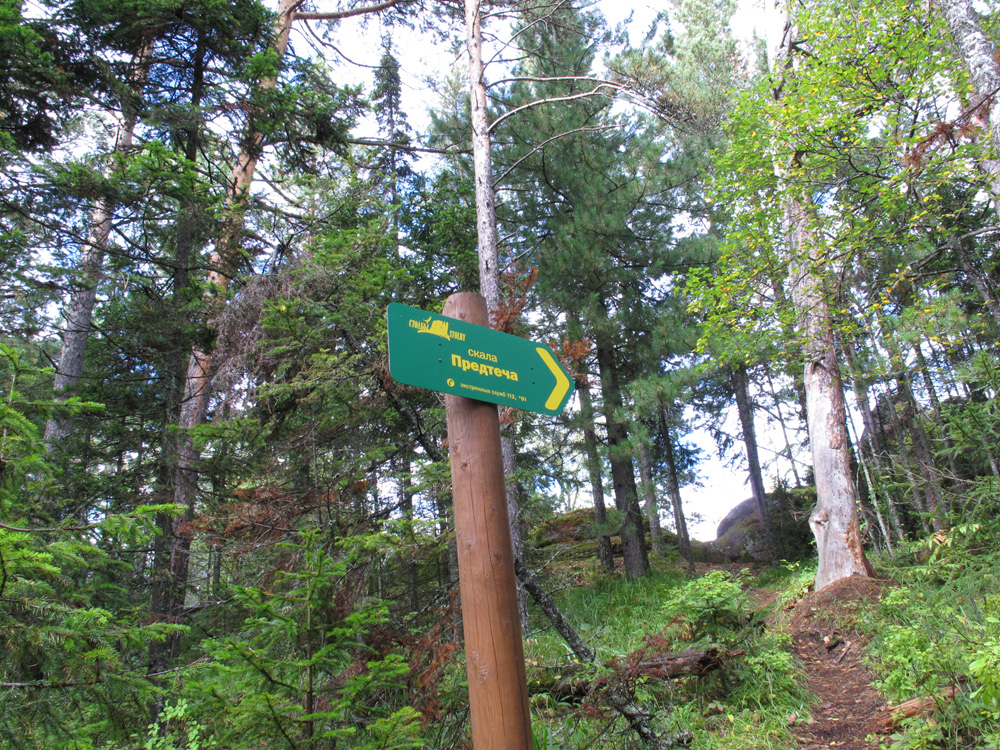 Follow the yellow trail at the Stolby nature reserve! 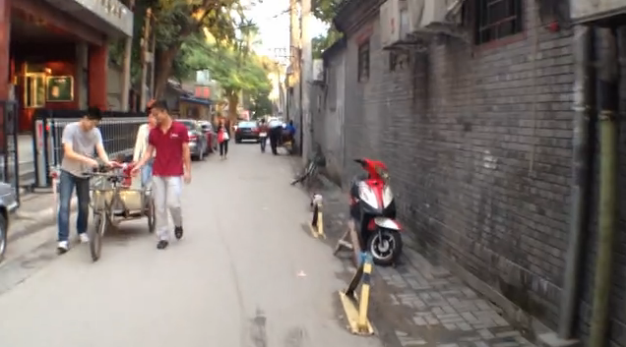 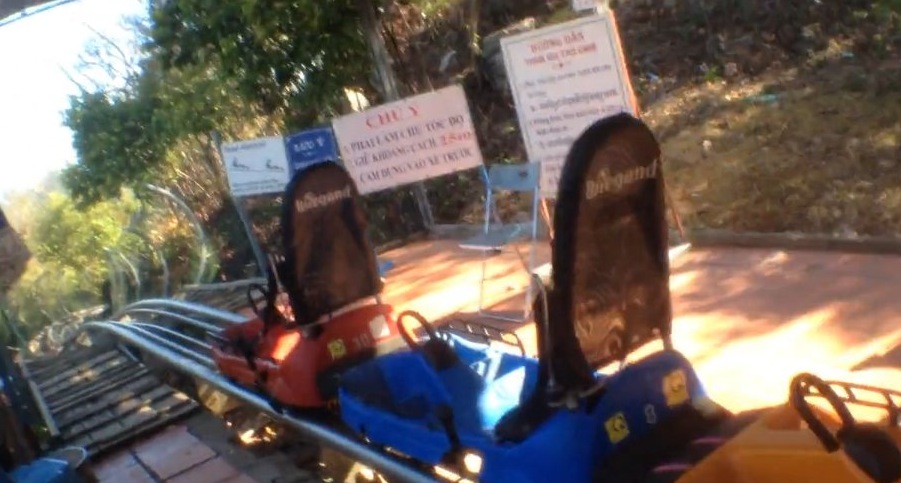 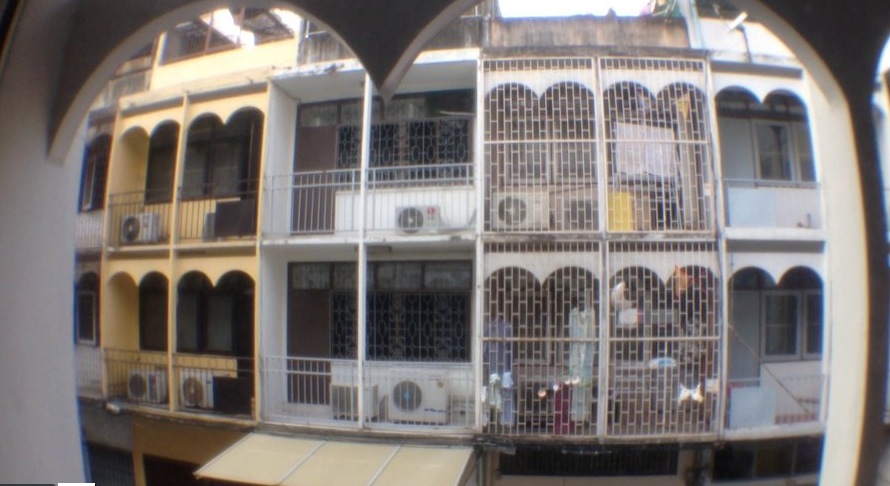