Tea with a Monk in the Mekong Delta 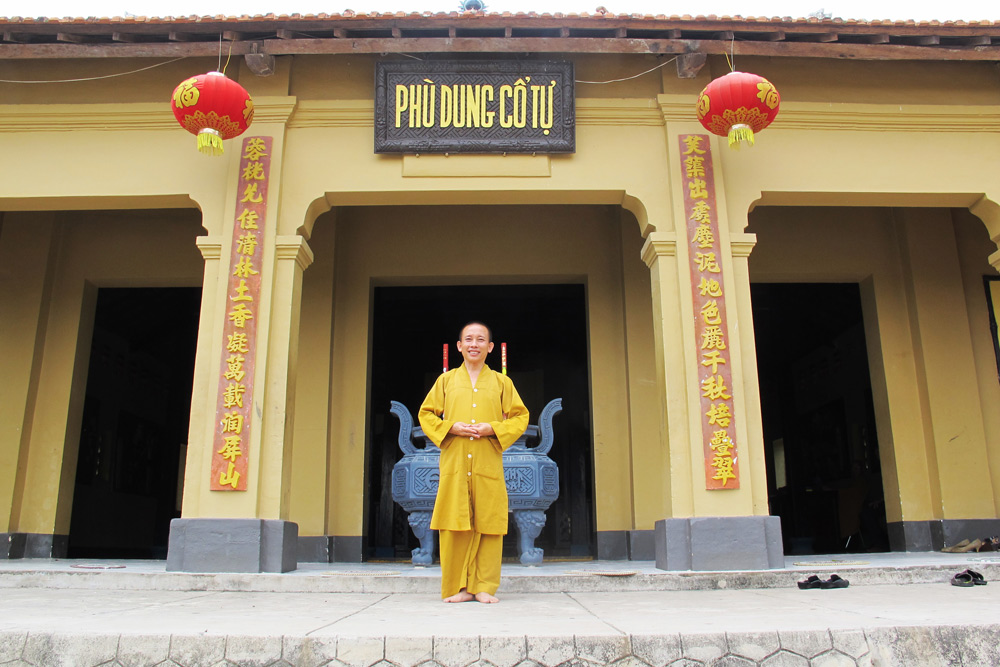 Vietnam was a country that I was apprehensive about before our arrival. Reading travel blogs and listening to other travelers, it seemed there were quite a bit of negatives stories about being scammed by kind old ladies, professional hackers, and everyone in between. Reportedly we were expected to bargain for everything – even food – and trust no one, even kind old ladies. This was my mindset when we got off the bus in tiny southern border town of Hatien, deep in the Mekong Delta.

Hatien is a small, rural town on the border of Vietnam with Cambodia. On any given day it’s pretty charming in its own way, with virtually no tourists, no traffic congestion, and plenty of friendly locals eager to practice their hellos.

We refused offers of motorcycle cabs, and instead walked 15 very hot minutes to a hotel I found online prior to our arrival. When we checked into a hotel, the manager probably thought I was a little bit weird with how much I was questioning whether our $8 scooter rental was actually a proper charge or whether we were being ripped off like nobodies business. Having finally reasoned with myself that an $8 scooter here and now was better than spending maybe $2 less for some scooter somewhere in this tiny non-tourist town, we were off to explore what Hatien had to offer for those who – quite wisely, in our humble opinion – chose to stick around for a day or two after crossing the border with Cambodia. 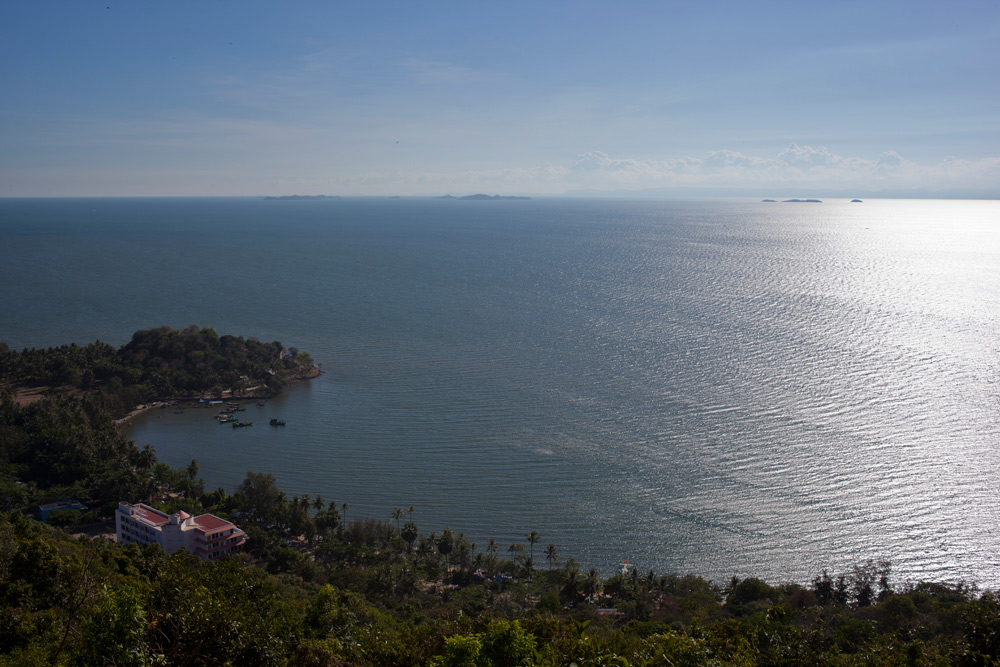 Hatien is located on the Gulf of Thailand providing pretty views from high up in the local mountains.

After a few scenic stops we came across a complex of Buddhist temples. The Buddhist architecture is quite distinct in Vietnam from the other South East Asian countries we’ve been to – much more austere in the color scheme, a lot of gray and yellow, but with very rich natural wood carvings and plenty of inlay work on the furniture. Right up my alley when it comes to architecture and décor (though I do love me some glitter and glam of a Thai royal palace or a Burmese temple). In any regard, we set off to explore. 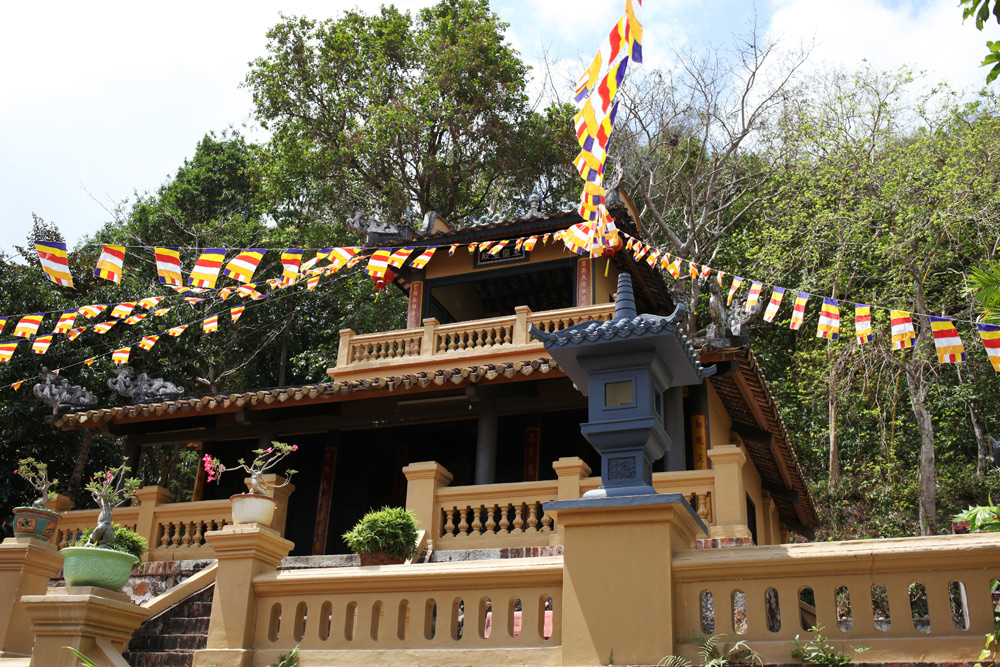 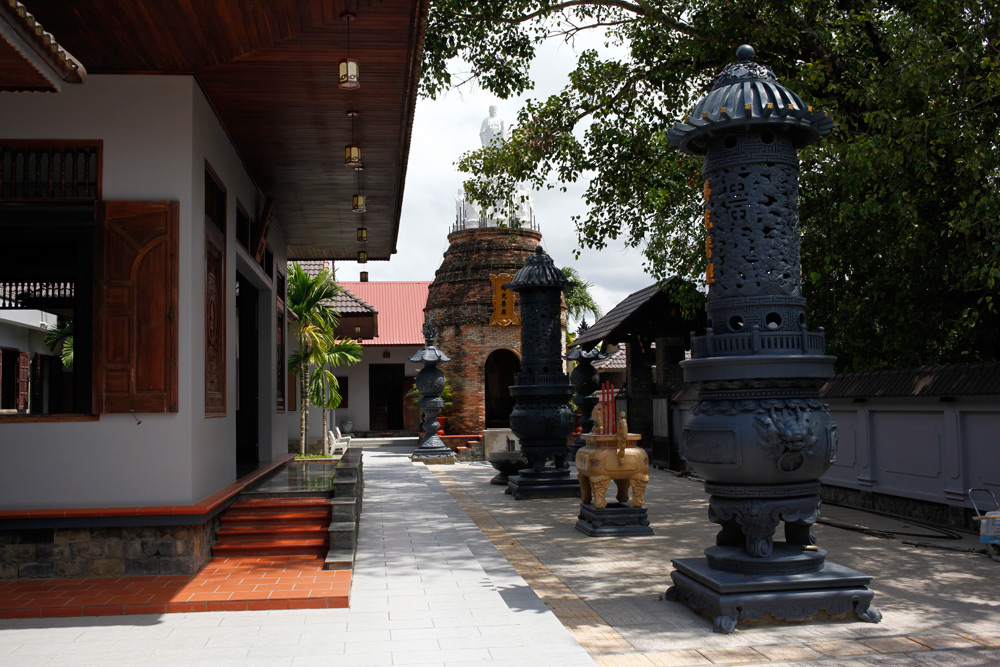 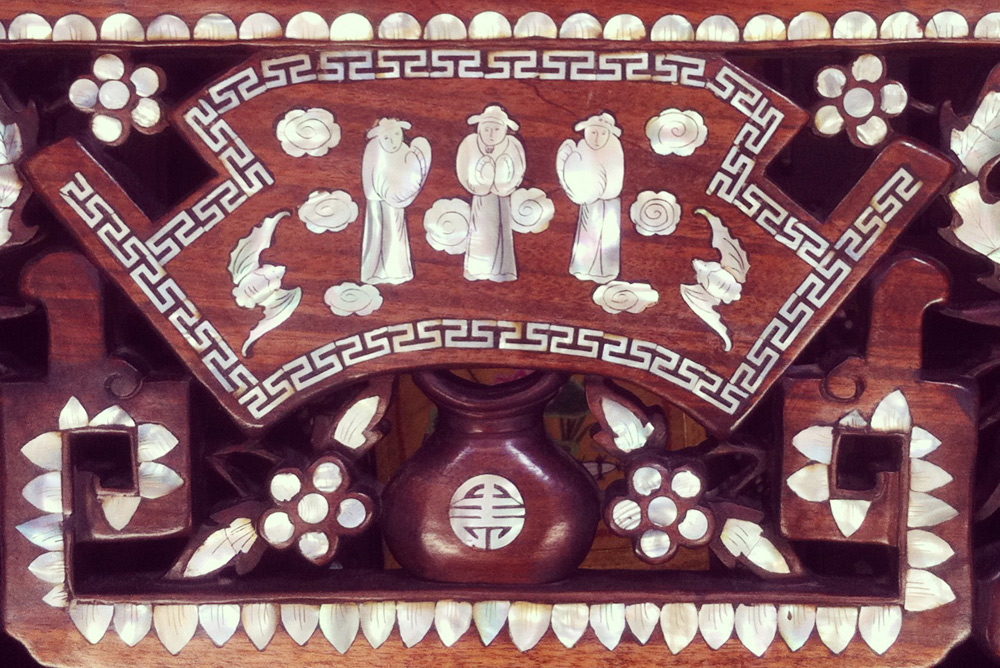 Upon approaching the main courtyard we were immediately greeted by a monk who in a very limited English welcomed us to the temple. He asked us if we wanted to do a tea ceremony, to which I immediately blurted out yes. Even as I was enthusiastically nodding my endorsement, I began to regret my hasty decision making. “Ugh, this totally had the beginnings of one of those scammy things I read about happening in Vietnam.” He is totally going to demand exorbitant price for this “cultural experience and tour.” For what its worth I told myself to relax and enjoy whatever came next and deal with consequences later. 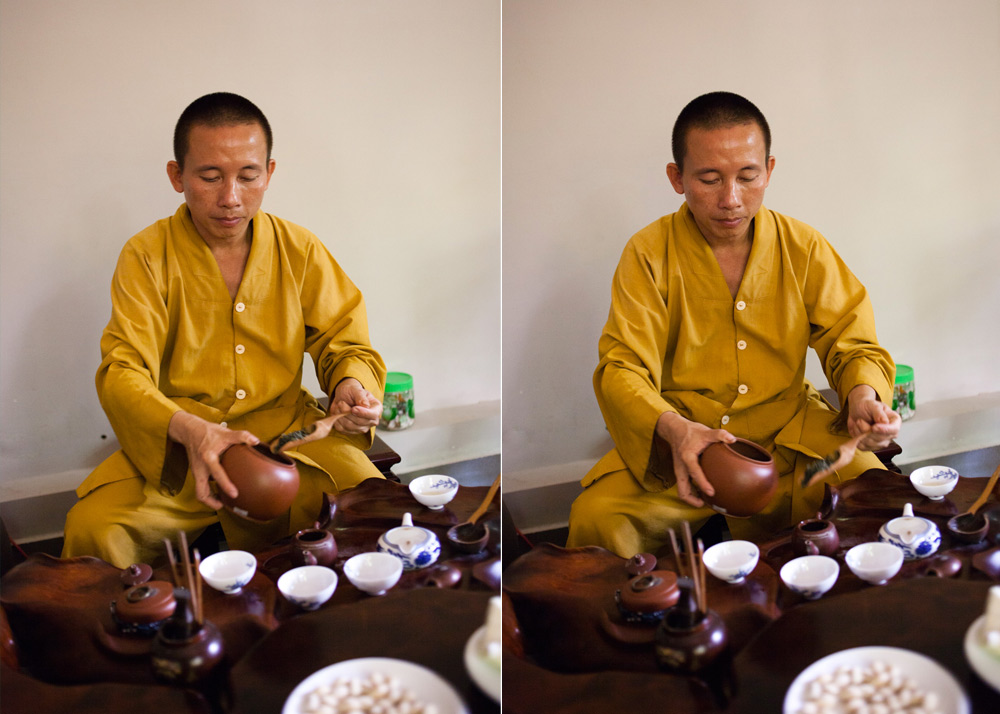 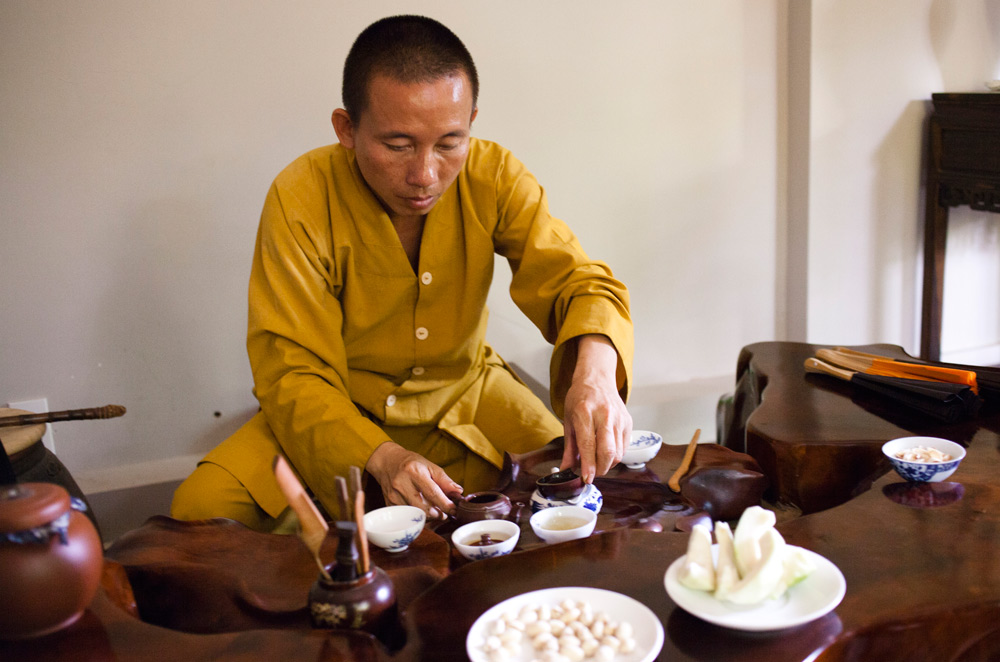 Tea with a monk in the Mekong Delta. Hatien, Vietnam.

We proceeded to the tea chambers, with the monk expertly preparing green tea, telling us in the process about how rare it is to find top quality tea in Vietnam. We in turn shared our experience of participating in a tea ceremony with a monk in South Korea during our temple stay in Incheon. At this point we all got excited since our new friend shared that he has stayed in the very same temple for some time. He then educated us on similarities of the type of Buddhism practiced in Vietnam and Korea, sang a few Buddhist chants for us, and plied us with more tea, which was indeed very delicious. I was certainly enjoying myself – I mean, how often do you walk into ancient temple grounds and get asked to a tea with a monk? But somewhere deep in my subconscious I was still being gnawed about the type of payment we were going to have to fork over for this cultural experience. 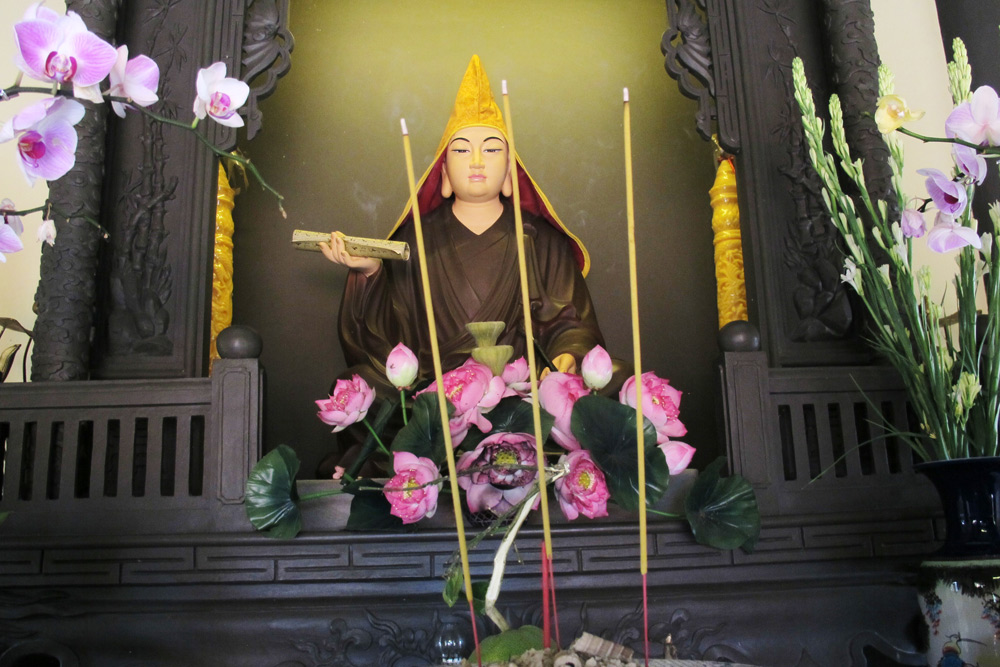 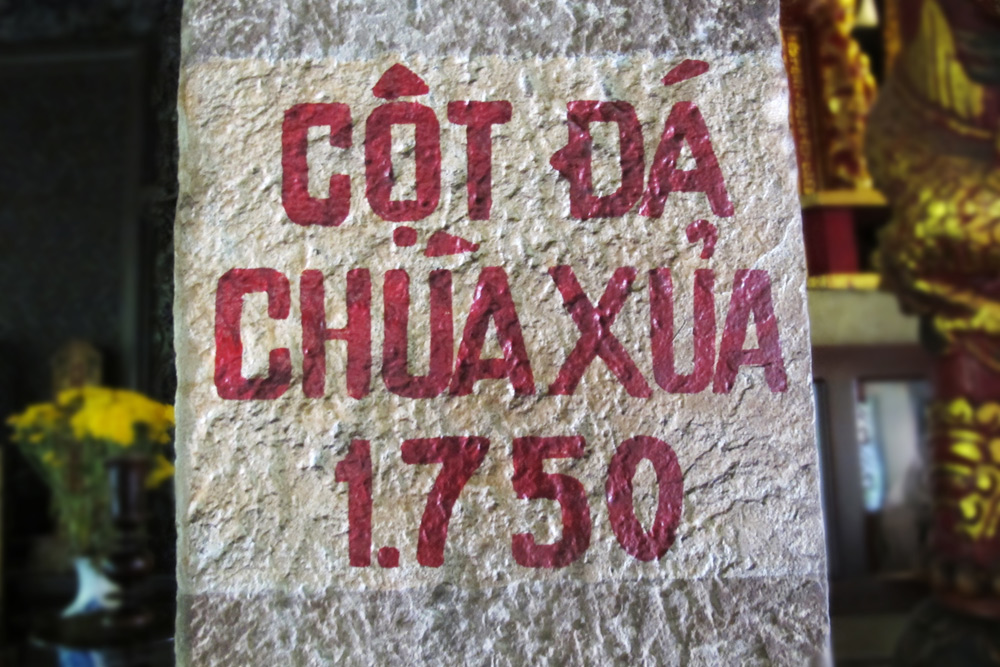 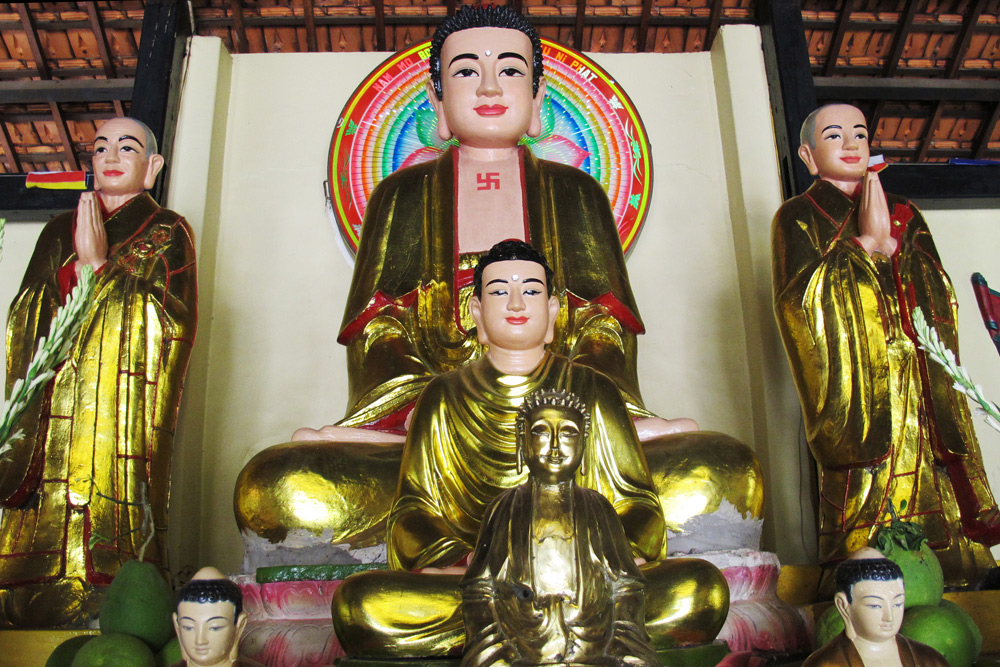 The splendor of Phu Dung Temple that we saw on our tour with a Monk. Hatien, Vietnam.

Finishing up our drinks, the monk insisted on giving us the grand tour of the Buddhist compound. We got to admire the finely carved furniture, learned about the long age of the temple, floated a candle and a lily in the pond, and admired the nature and the views of the grounds. All of this while the monk insisted on photographing us proudly at each opportunity with my camera. 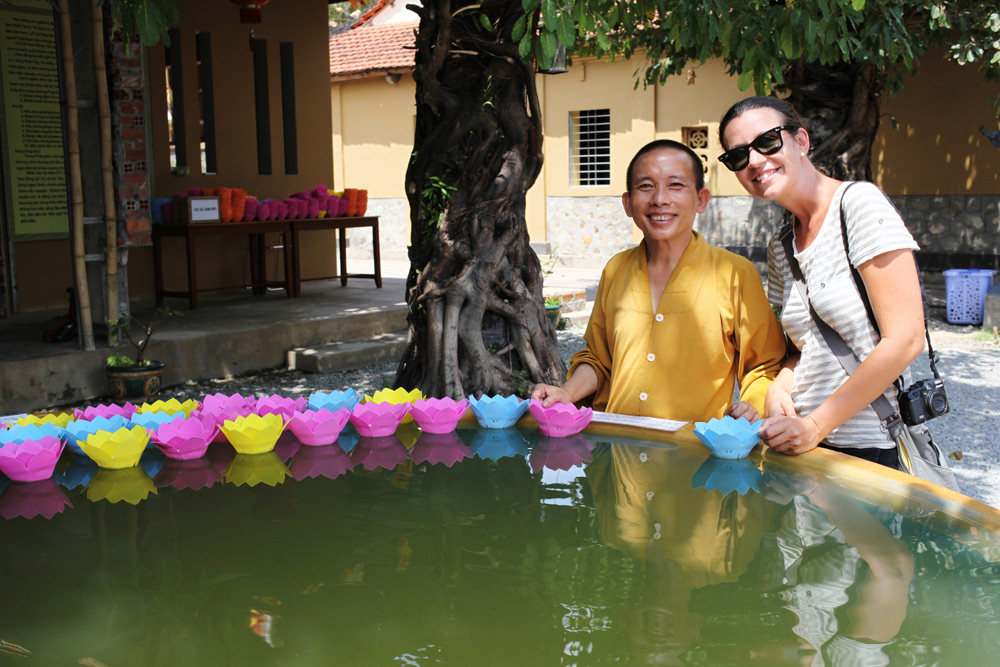 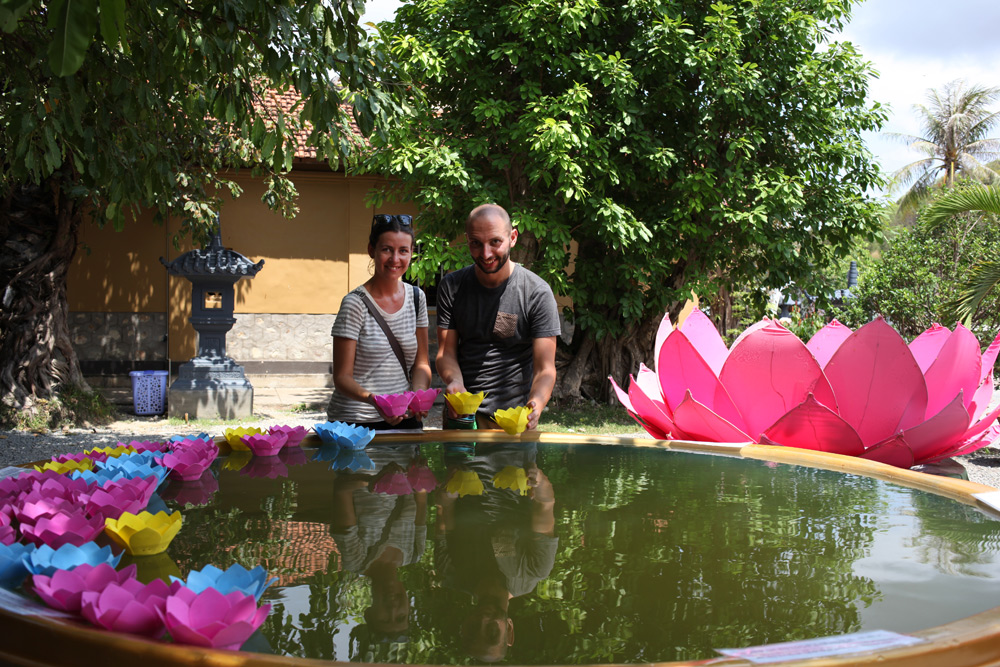 We still don’t really know what the lilies were for. But we had a fantastic time floating them around the pond. Hatien, Vietnam.

As we finally extricated ourselves claiming an urgent need to get to the bus station – which was actually true, if not as urgent as we made it sound. At this point Sergey made reached for the wallet and made an attempt to ask about donation. Here we go, I though. But, to my surprise, relief, and more than a little shame we received a firm shake of the head – no. All our new friend wanted was that we send him pictures that we took during our encounter via email. Ack – I could have kicked myself again, only harder this time, for being such a cynical little shit thinking that this monk was trying to take advantage of us. He was in fact opening up his domain and sharing his culture with us purely out of generosity of spirit, interest in foreigners, or just because it’s a good thing to do something for someone wanting nothing for it in return.

A stop along our temple tour. Hatien, Vietnam.

This was the best non-scammy thing that ever happened to us on this trip. Sure in the end we did not leave Vietnam without being ripped off here and there. But you know what – this tea with a monk in Hatien alone made it all worth it. Not everyone out there is trying to get your money, no matter how many stories you’ve heard to the contrary. 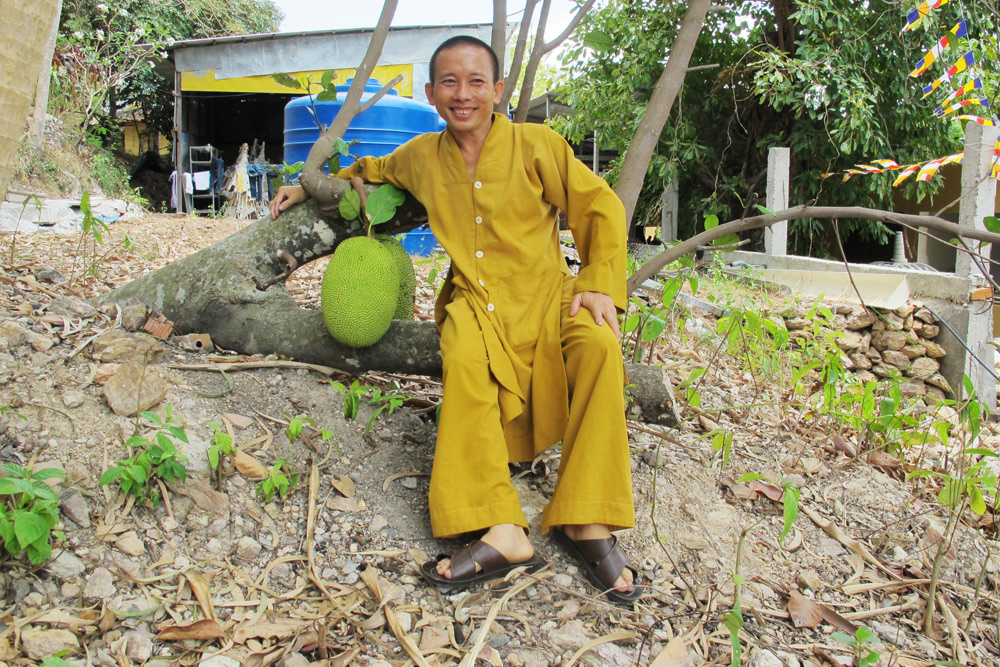 Hanging out with a monk – and a durian – on the grounds of the Phu Dong Temple, in Hatien, Vietnam. 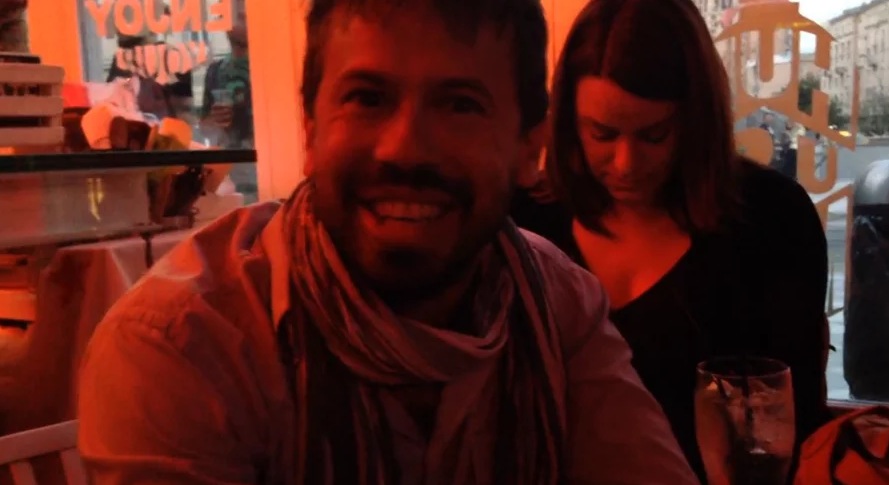 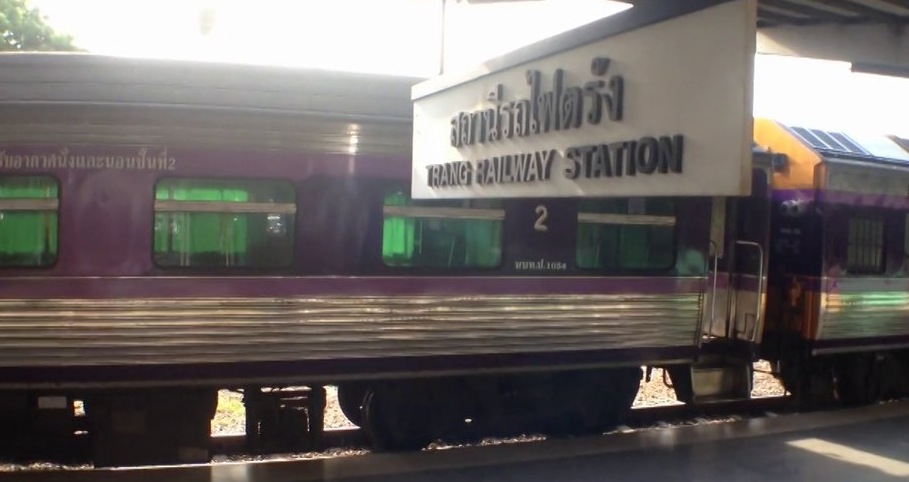 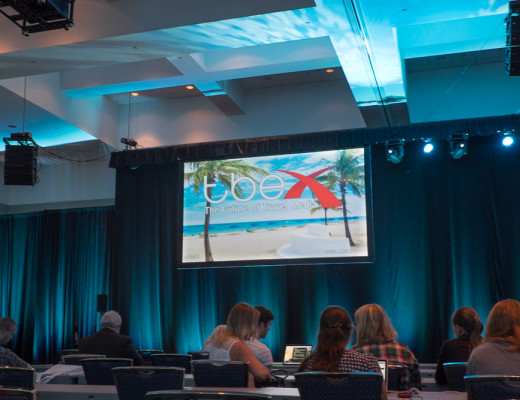 Who, What, Where, When and How of TBEX